The nights are long. And cold. We decided to serve five beers as dark as the 5 p.m. sky for today’s Craft Beer Crosscut flight. The original “stout porters” of 18th century London were brewed for their heartiness in the face of harsh storage conditions; with any luck these five, 5-ounce pours will keep you just as well-preserved through the depths of winter. 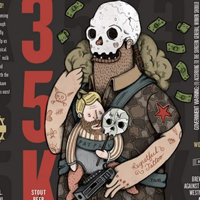 Against the Grain‘s bottles are full of attitude that jumps out at you on the shelf. Located in a former train station on Main Street in Louisville, Kentucky, this rapidly expanding brewery and restaurant brews on a 15-barrel system, in addition to brewing at Pub Dog Brewery in Maryland. It’s 35K is a Milk Stout brewed with Nugget and Crystal hops, the beer pours an inky black with slight red hues when held up to the light. Roasty and rich in the nose with a mildly sour and musty aroma, 35k Stout is sweet but finished dry with a lactose flavor. 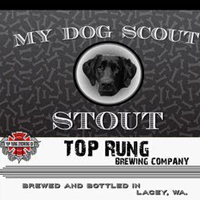 Named after Top Rung Brewing head brewer Jason Stoltz’s black lab, Scout, this puppy grabbed gold in the American Stout category of the 2015 Washington Beer Awards. Chocolate and coffee jump out of the glass. Deceptively smooth and black as the night, My Dog Scout Stout is an easy sipper due to the eight different malts used in the brewing process. 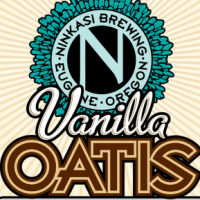 You’ll enjoy Vanilla Oatis — an oatmeal stout brewed with vanilla — which is another beer from Ninkasi’s Flagship Series. Among its varied and complex aromas, you’ll note charred marshmallows, chocolate milk, and a whiff of sunscreen. There was also the scent of a Black Russian cocktail in this boozy beer. With a good amount of vanilla up front, Vanilla Oatis had a silky smooth mouthfeel and some meatiness to it, as well as flavors that brought to mind a campfire. 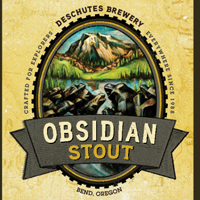 We’re such big fans of Deschutes’ barrel-aged goodness that’s it’s sometime easy to forget that the brewery also makes one of the best American-style stouts in the world — a stout as black as the nearby volcanic flow from which it is named. Big on roast, Obsidian Stout’s flavor flows toward a sharp coffee and chocolate. Roasted malt and barley give it a full, toasty finish. 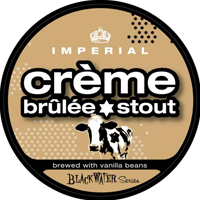 Brewed with natural chocolate, and four varieties of malts doused in lactose and vanilla, this is the cheesecake of beer. Chords of custard and caramelized sugar entice nose and mouth alike, and the thick, creamy body is enough to slow even the most seasoned sugar-junkie’s drinking pace to a crawl. Don’t say we didn’t warn you.