I Survived The Drive to Broken Top Tailhead 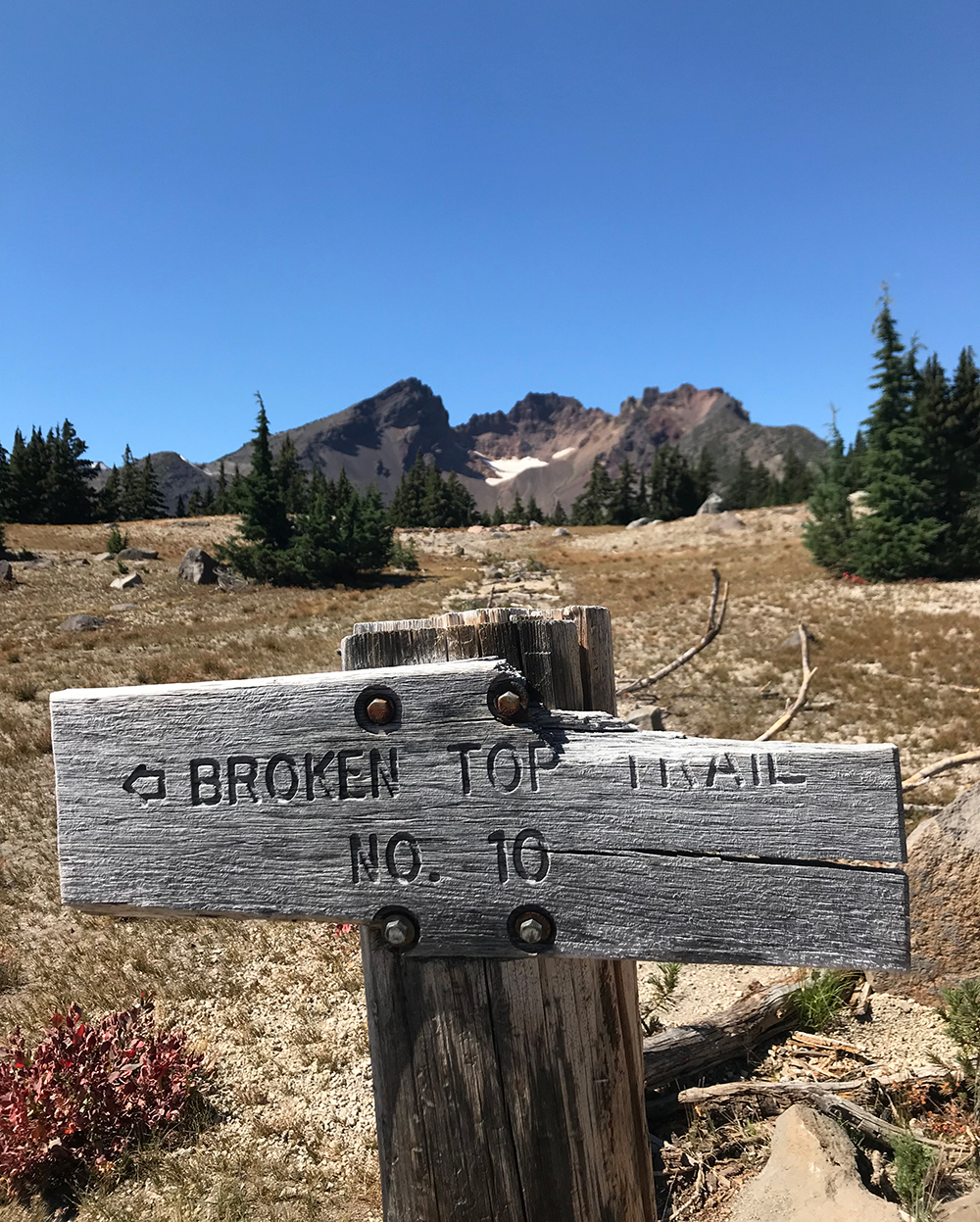 “I Survived The Drive to Broken Top Tailhead.”

That’s my brilliant T-shirt idea after hiking the Broken Top Trail yesterday. The T-shirt design doesn’t focus on the beautiful 360-degree view at the top nor the pristine No Name Lake that nestles against the mountain’s eastern slope. Nope. The 4-mile road to the trailhead requires a high-clearance four-wheel drive capable of slogging through some deep ruts and steep pitches. My head smashed into my Jeep numerous times. Food decorated the floor mats. The rough access and short seasonal window of opportunity makes this the to Broken Top Crater all the more alluring.

After Peaks and Pints bartender Erin Miller dropped our wilderness permit card into the slot, we headed up the 3-mile trail, with a 1,400-foot elevation gain to the summit at 9,175 feet. Broken Top, the fourth highest peak in the Three Sisters Wilderness, is an extinct and extensively glacially-eroded stratovolcano similar to Goat Rocks in central Washington. Geologists estimate that the volcano last erupted some 100,000 years ago. 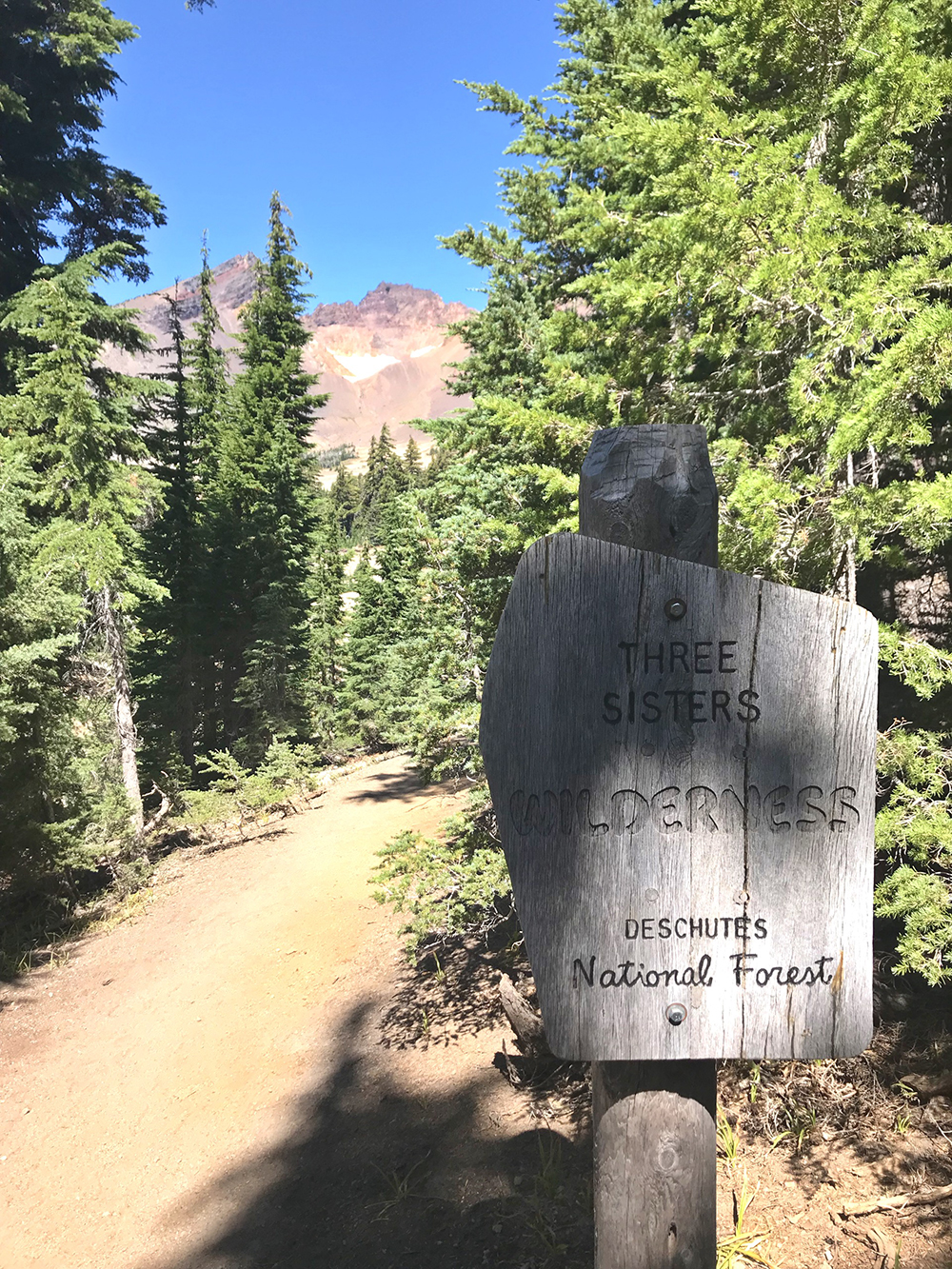 The trail starts off easy with beautiful views of Mt. Bachelor and the Broken Top Crater from between the trees. At about .8 of a mile in we made a right and continued uphill at the fork. After a sandy, short uphill we crossed a creek that followed us throughout the rest of the hike. The trail is mostly packed dirt, but contained areas of loose rock and sandy slopes. The dust, lack of shade and hot, beating sun created a tougher hike than the trail map foretold. It was an easy route to follow and most of the steep portions of the trail are broken up by flat stretches. Contrary to what the name “Broken Top Crater” implies, we did not head into the main, south-facing caldera of the extinct volcano where Crook Glacier lies. Rather, Broken Top Crater is a bowl-shaped moraine nestled on the mountain’s east side. 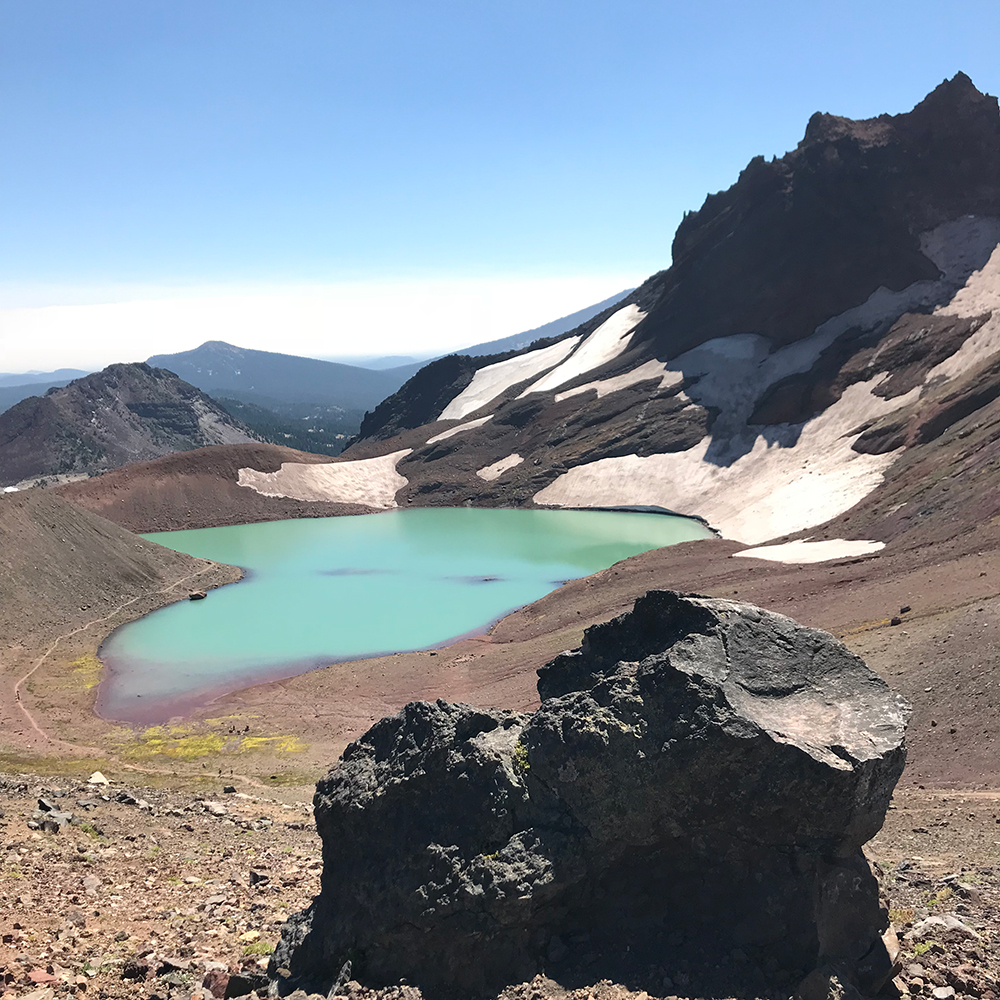 Tucked away on the east slope of Broken Top is one of the most well protected lakes in the Central Oregon Cascades, not to mention the Three Sisters Wilderness. No Name Lake is a gem replete with a deep, turquoise pool and a sweeping view of the Three Sisters and much of Eastern Oregon.

Past the lake, we hiked the additional 0.4 miles and 200 foot of gain to a ridge and soaked up views of the Cascade peaks including Mt. Hood and Mt. Adams to the north. 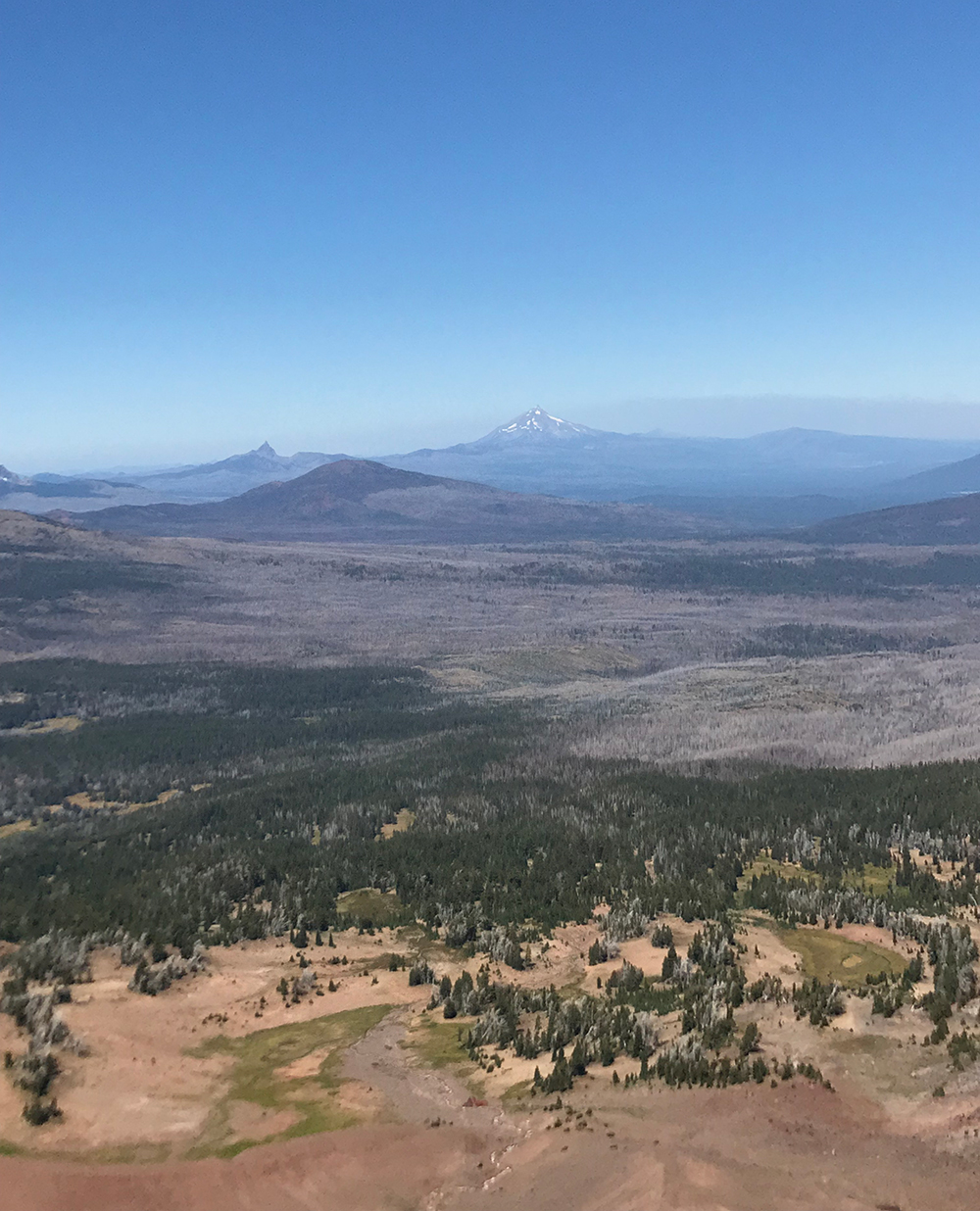 Back at the lake we spotted the 19 dead elk recently exposed by melting snow. Apparently the elk had at some point in the past, been covered up by a large wet slab avalanche as they attempted to cross a steep area just above the lake. We wished an avalanche had taken out the grasshoppers with their annoying sprinkler-sounding wings.

Directions: Head to Todd Lake on the Cascade Lakes Scenic Byway. Drive through the parking area for Todd Lake and at the end continue up the hell-ish road NF 370 for about 3 miles.  You will pass a turnoff on the left for road NF 378 shortly before road NF 380. Turn left at NF 380 and continue half of a mile to the Broken Top Crater trailhead parking area and bathrooms. 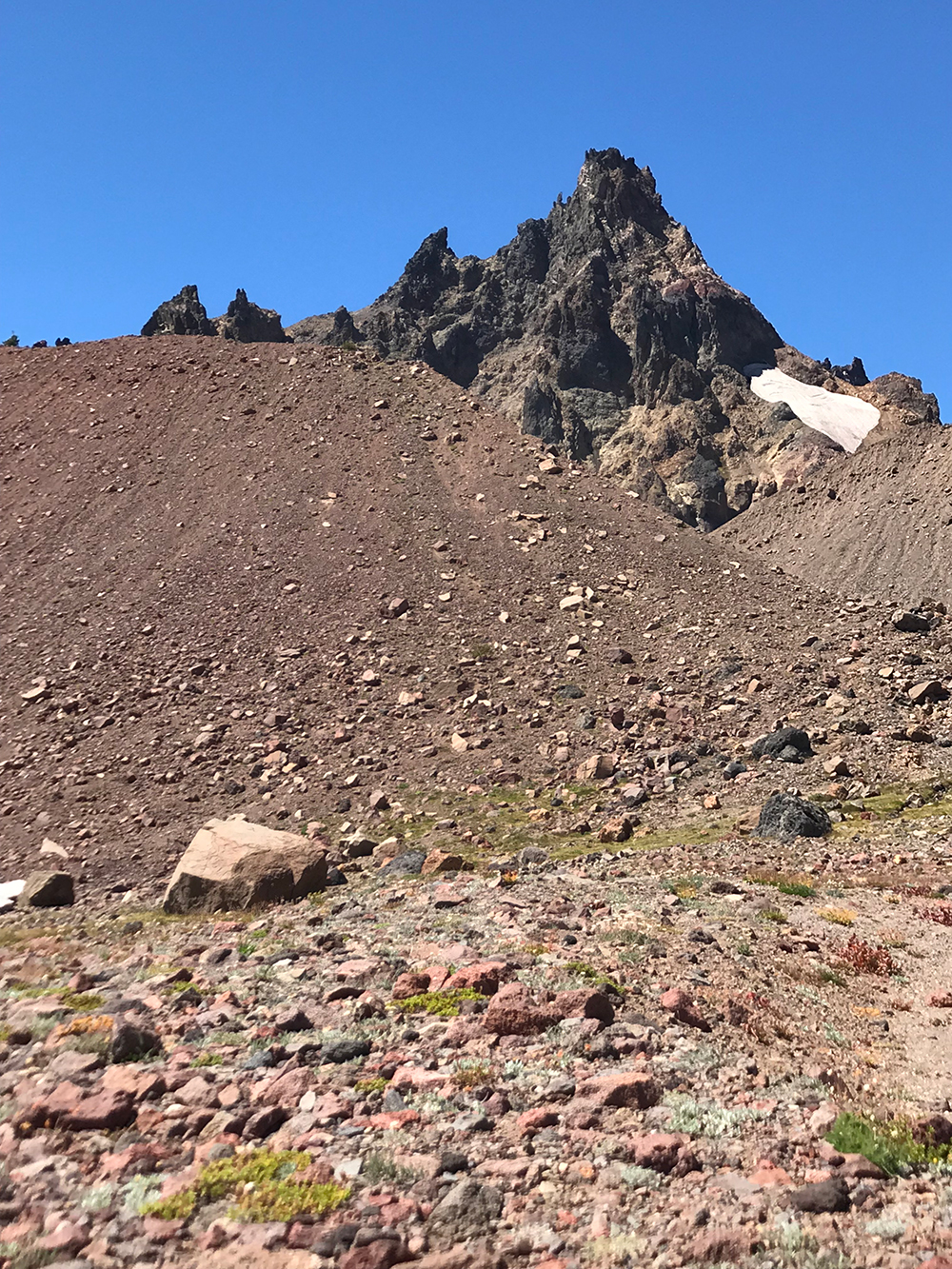 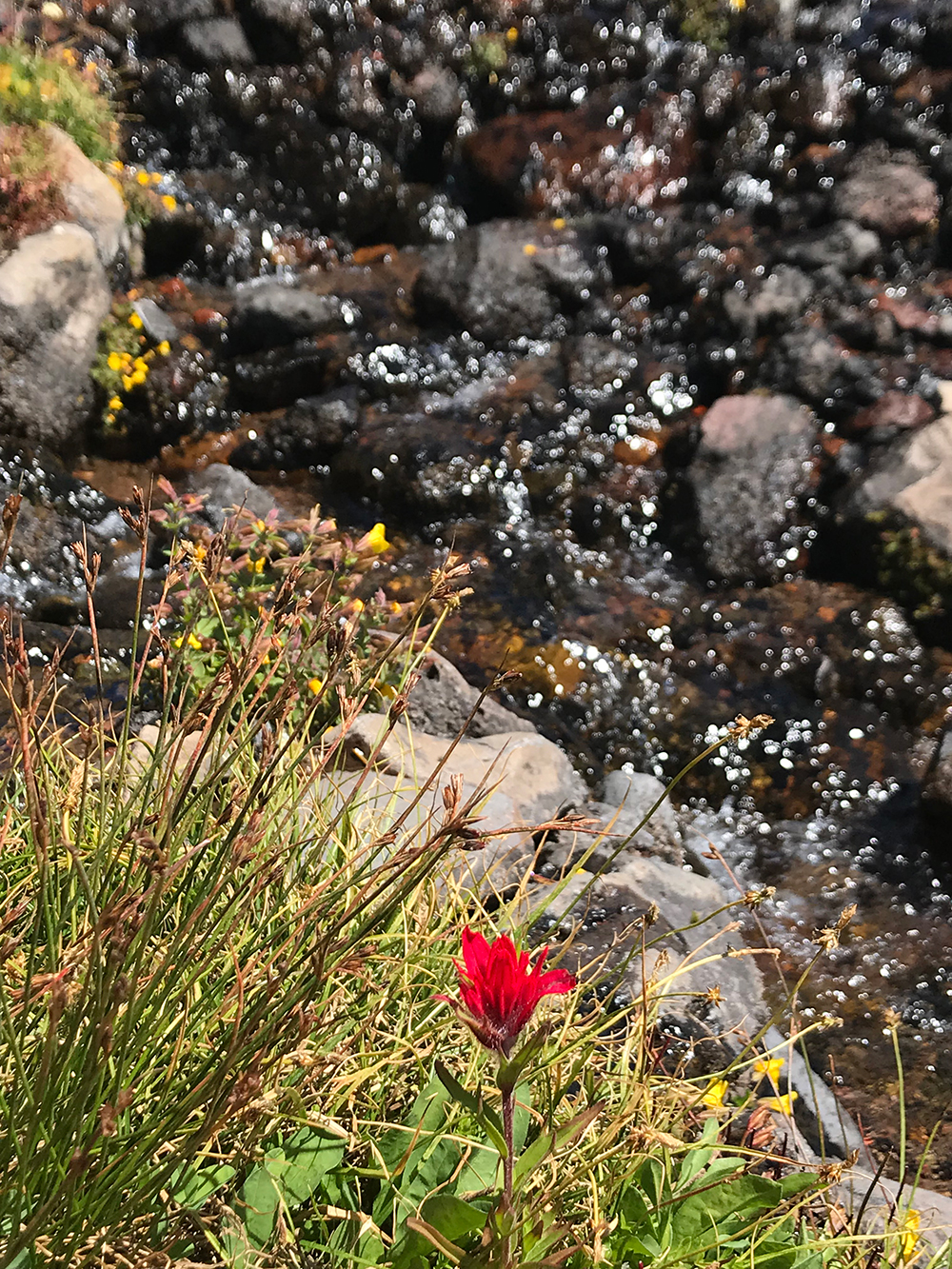 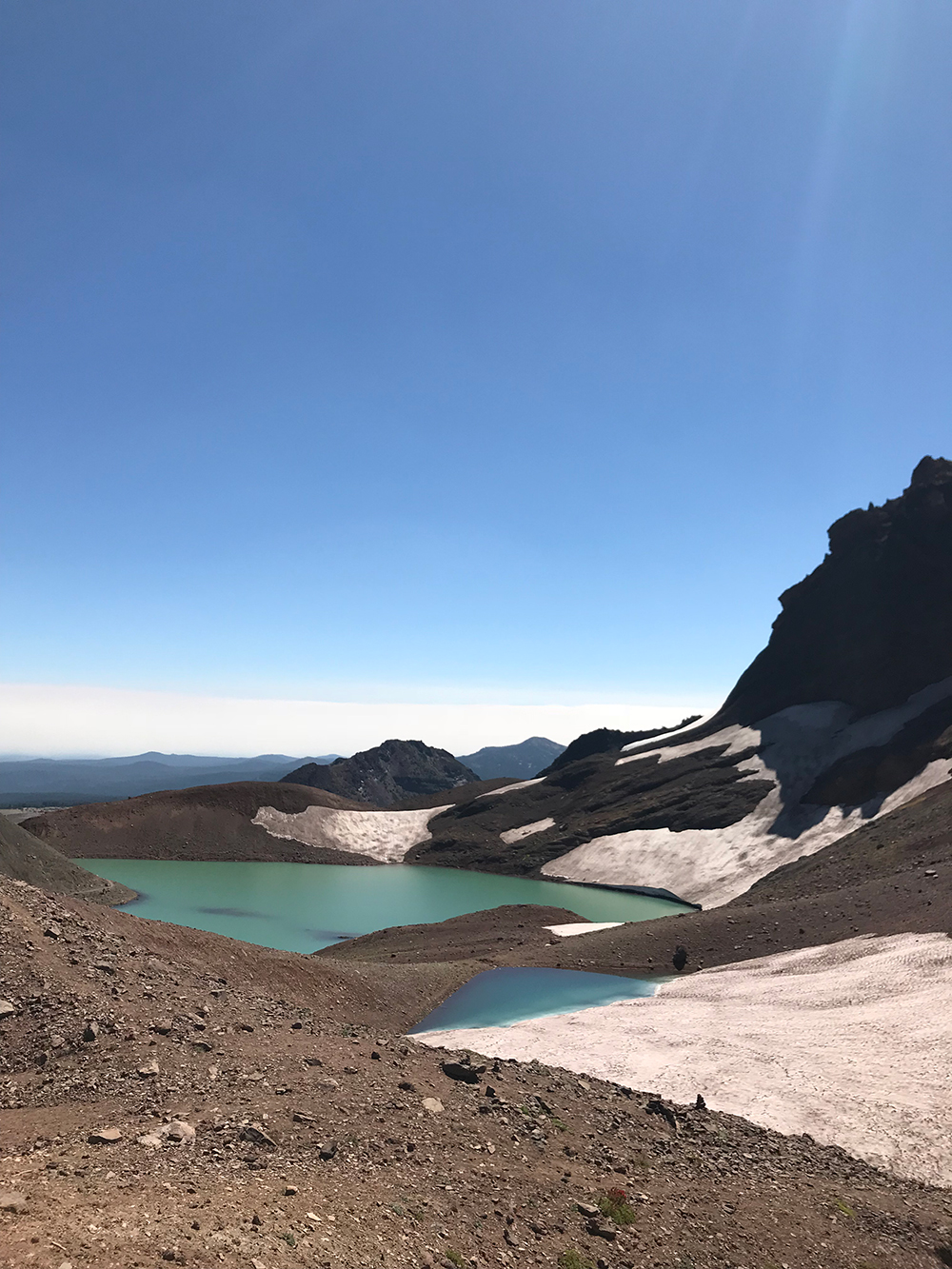 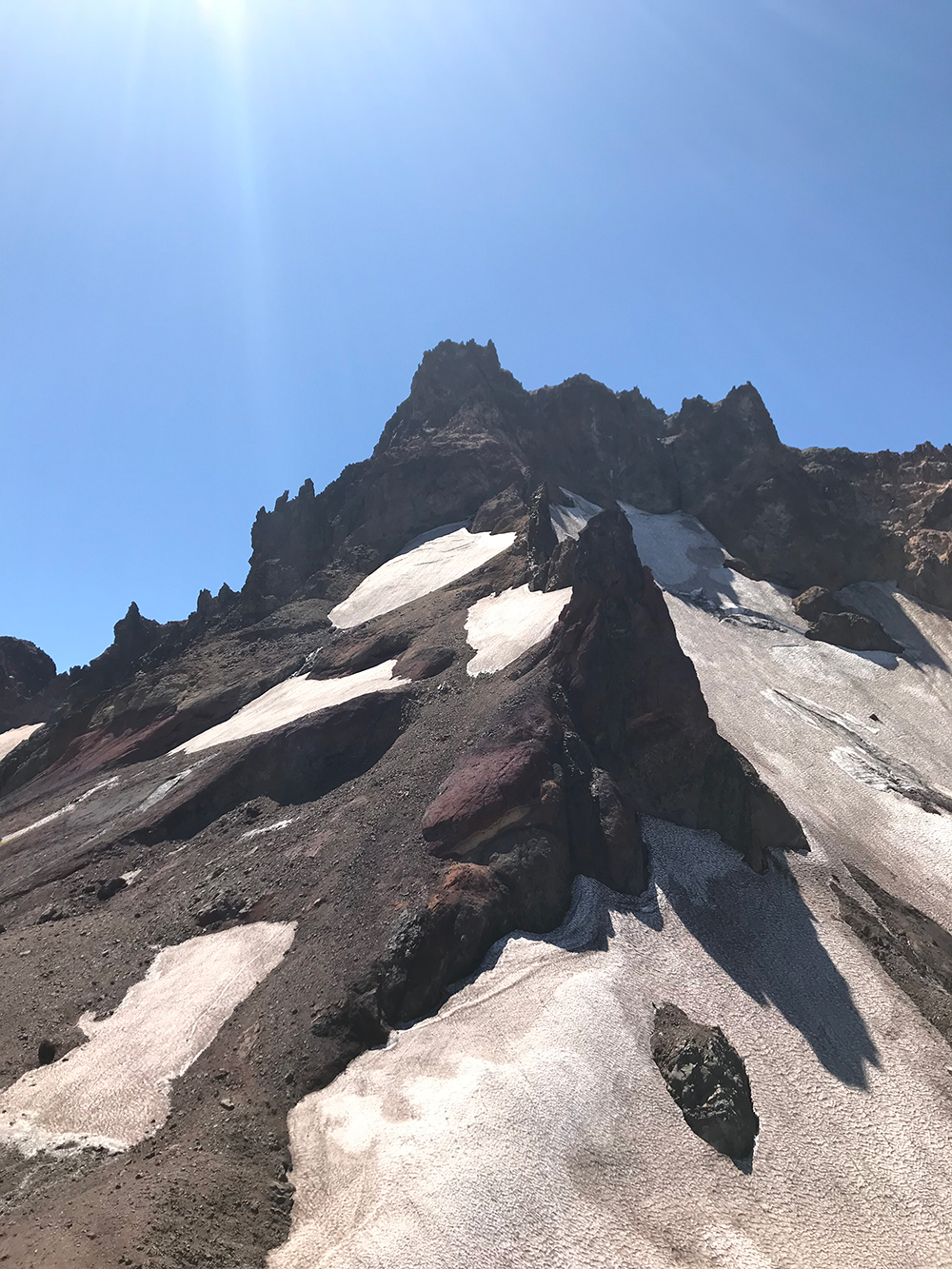 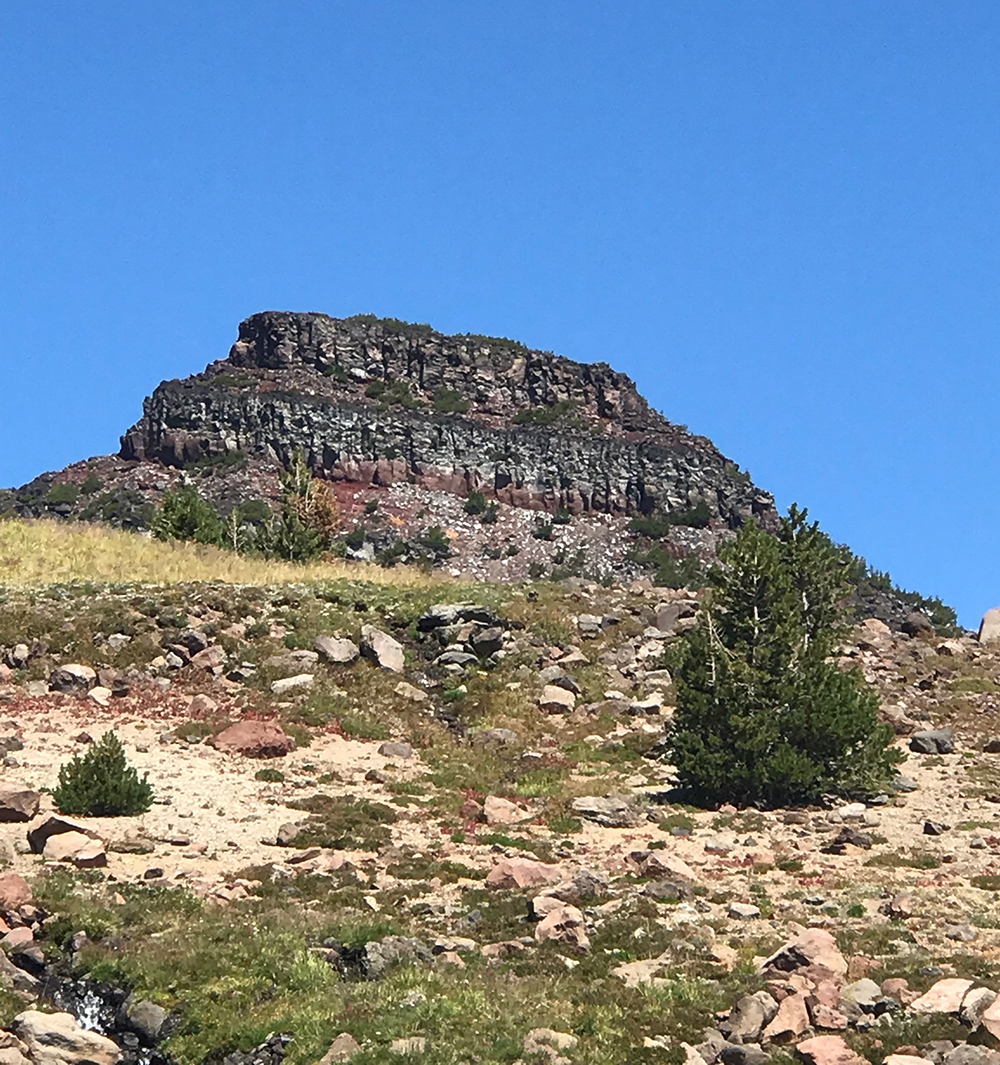 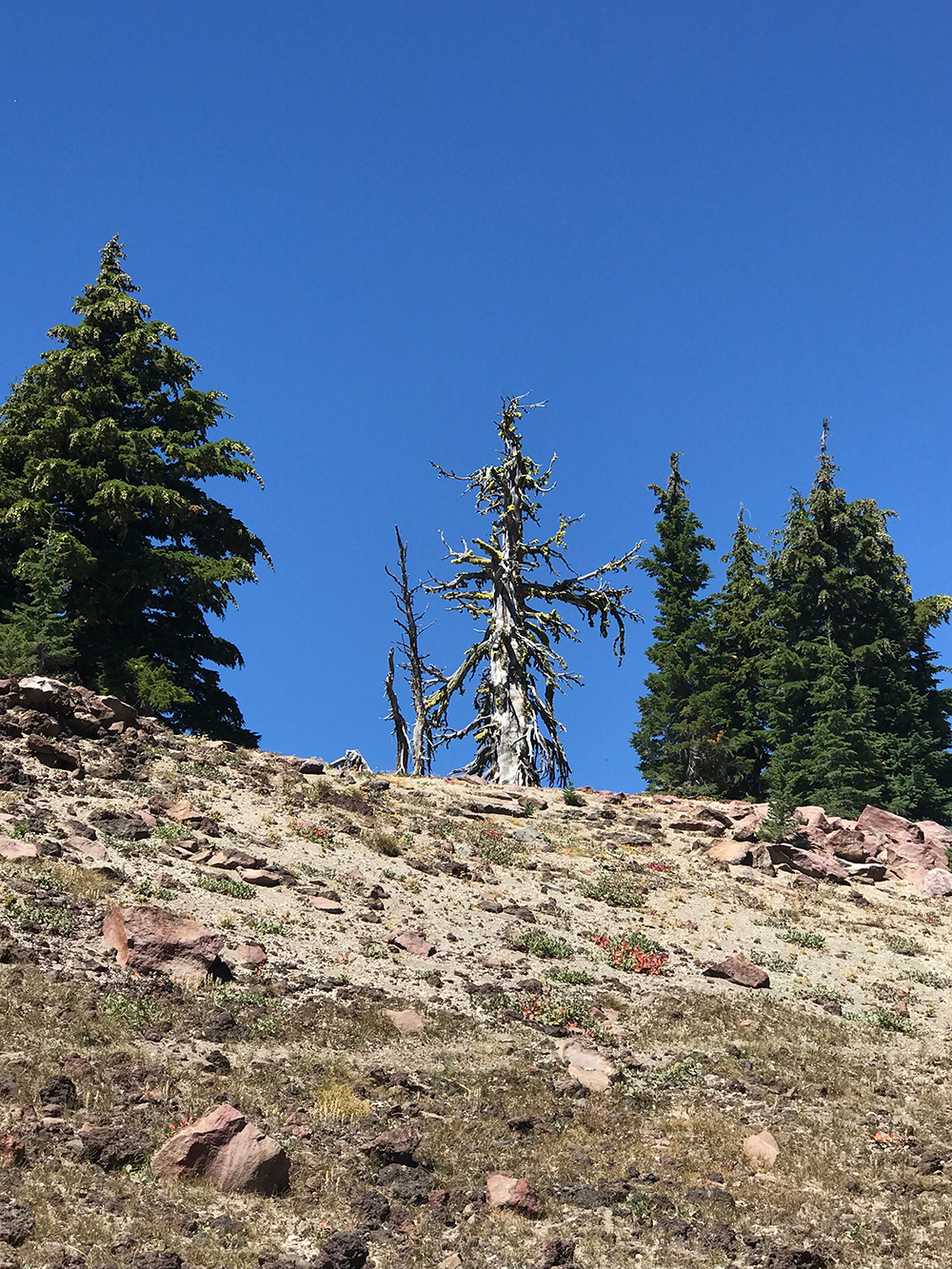 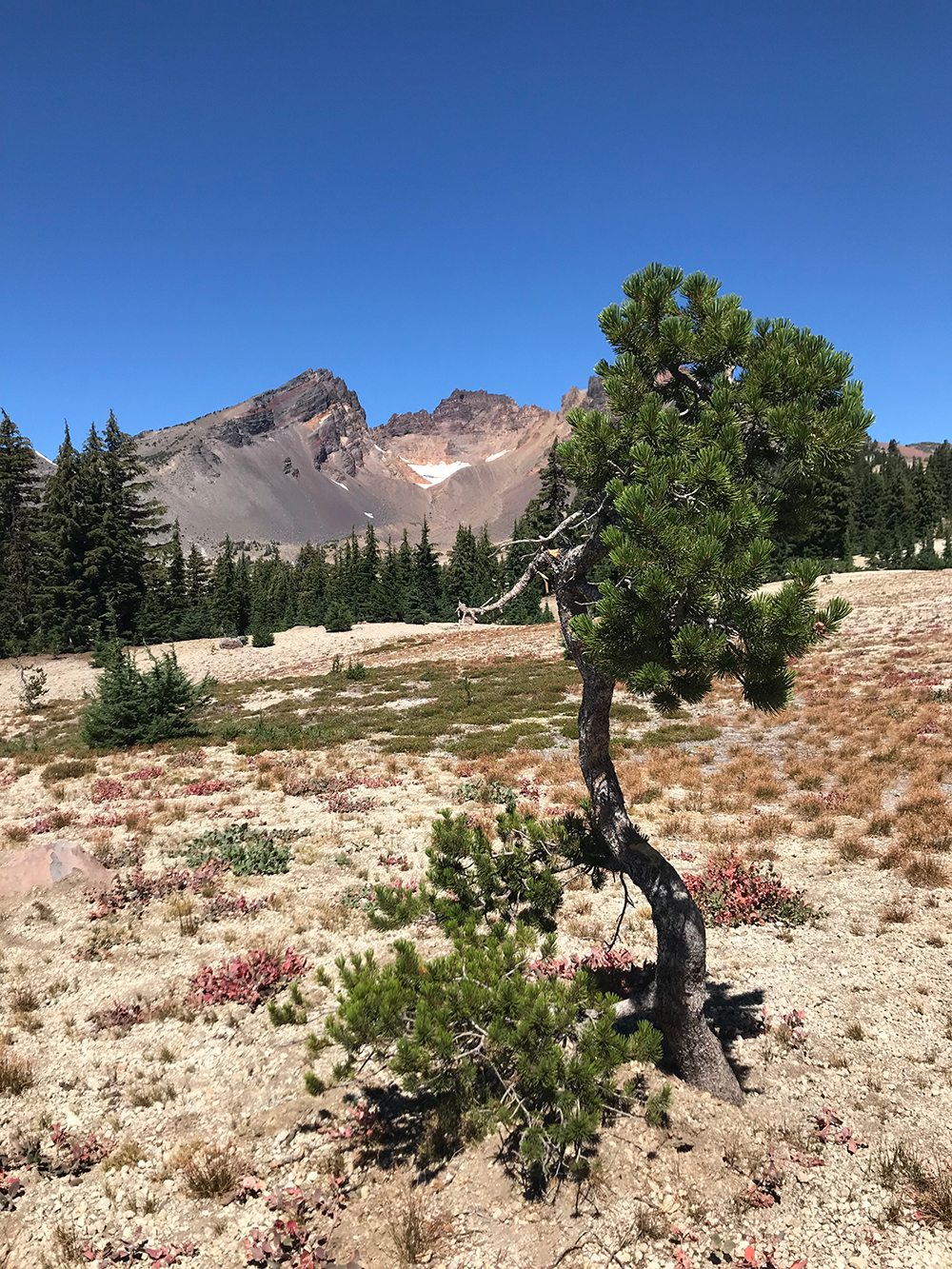 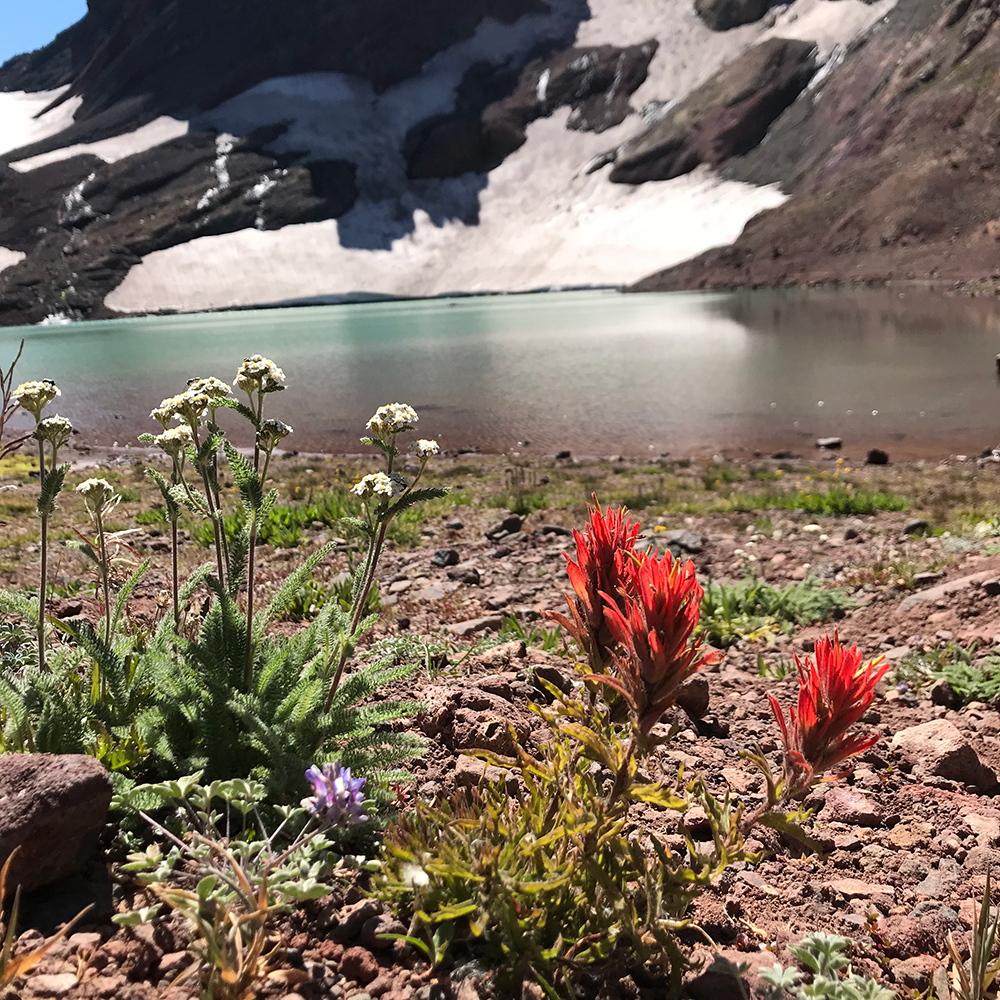