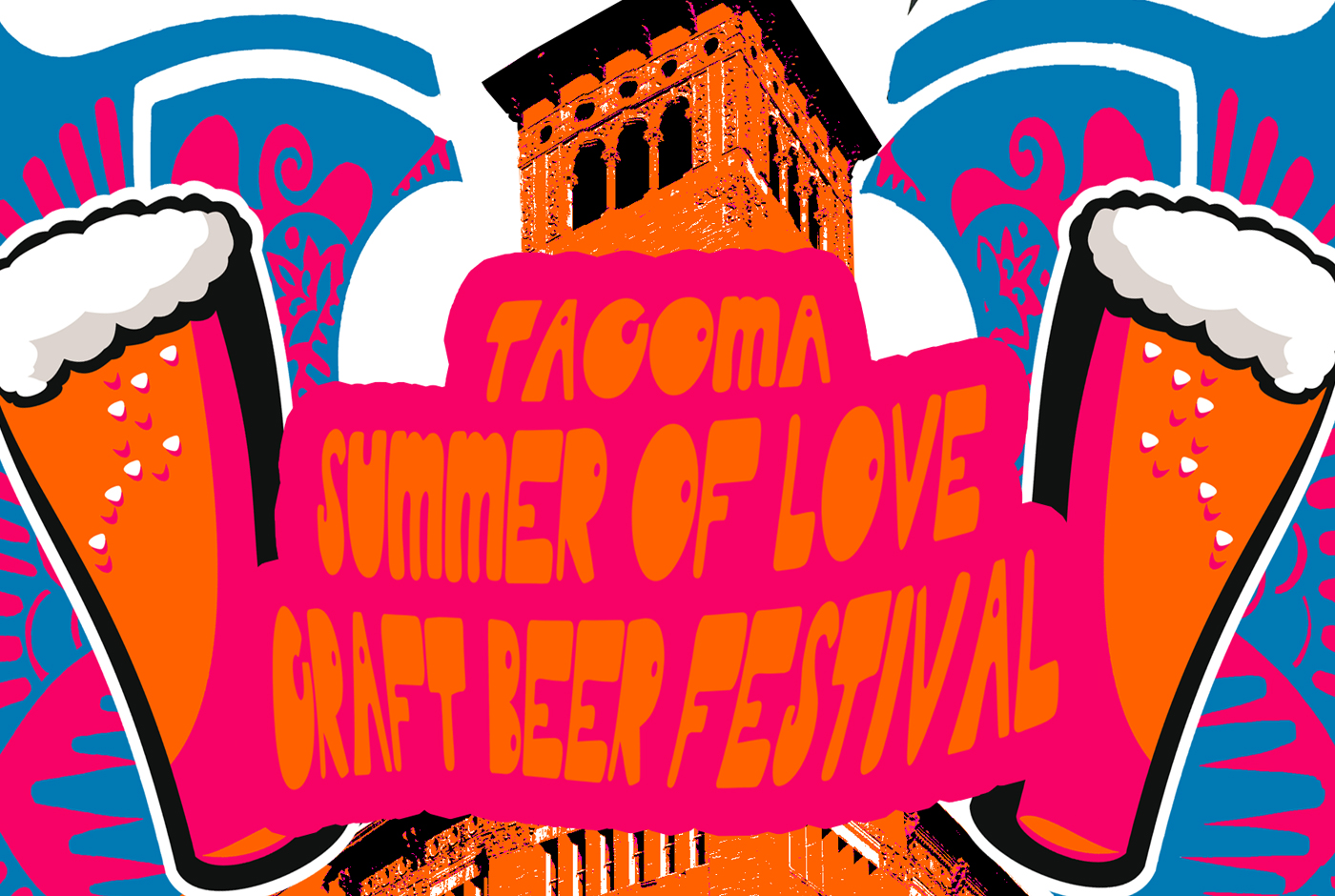 Tie dye, LSD, free love, peace protests, music and meditation. Five decades ago, San Francisco became the center of counterculture, and Peaks and Pints will celebrate the Summer of Love with Tacoma breweries Saturday, Aug. 12, one of many special events we have planned during Tacoma Beer Week Aug. 6-12, 2017. Tacoma breweries will brew a special beer inspired by their favorite hippie songs of 1967 and we’ll pour them from our Western red cedar tap log while our jukebox pumps out what was heard squealing out windows from Hashbury lofts and bouncing out of radios in Carnaby Street clothing shops back during that special bohemian summer. Narrows Brewing Company will brew their take on “Lucy In The Sky with Diamonds” called “Tangerine Trees And Marmalade Skies.”  The brewers at Wingman Brewers are happy together so it only makes sense they’ll be brewing “Hoppy Together.” Harmon Brewery & Restaurant has flowers behind their ears and “Shandy Fields Forever” in a keg. Pacific Brewing & Malting Co. trips out with “White Rabbit,” a witbier. Odd Otter Brewing Company will brew a white IPA called “Summer Ekuanot” heavy on Australian hops, man. What will Tacoma Brewing Co. create? What will Tacoma Brewing Co. create? Several other Tacoma breweries will also join our full day of counter-culture brews fueled by music — far and away the thing that most baffled the straights and illuminated the believers during the Summer of Love. A specific taplist will follow soon.