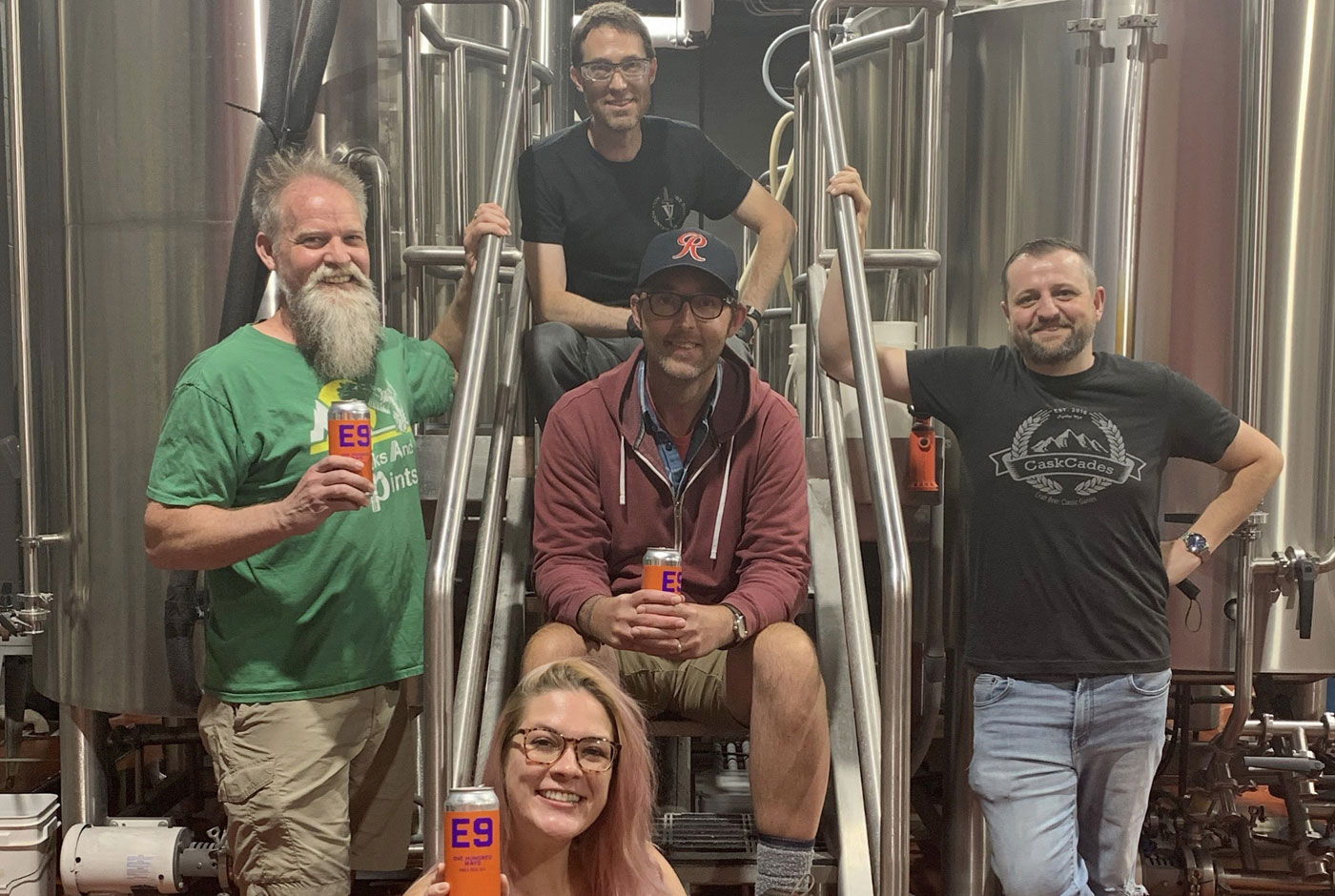 Local, regional, national journalism is vital. We need good people to tell stories without fear or favor. The Greater Tacoma Community Foundation believes in this adage too. The organization has set up The South Sound Media Impact Fund to provide support for community-funded journalism at The News Tribune, and Peaks & Pints and CaskCades are helping fund it too with their collaborative E9 Brewing Blown Deadline IPA to be released Sunday, Aug. 8 during Tacoma Beer Week. Tacoma Beer Week: E9 Blown Deadline IPA is literally beer journalism.

On July 14, 2021, the staff of Peaks & Pints and CaskCades brewed the Blown Deadline citrus and pine IPA with lead brewer Matt Riggs at E9 Brewing in Tacoma’s Historic Brewery District. We might have buried the lede as the two craft beer joints also brewed the beer with News Tribune metro news columnist Matt Driscoll who inspired the journalistic beer with his essential local reporting documenting our region’s moments, milestones, and people.

The beer will be released noon to 3 p.m. Aug. 8 at CaskCades in downtown Puyallup and 3-5 p.m. at Peaks & Pints in Tacoma’s Proctor District.

“CaskCades and Peaks & Pints will donate a portion of Blown Deadline IPA draft pours to the South Sound Media Impact Fund for the duration of the beer’s run at both taprooms,” says Andy Gaine, co-owner of CaskCades who along with his business partner, AJ Wiltrout, have been about community since opening the Puyallup taproom, bottle shop and restaurant in the winter of 2018. “We’ll also take donations for the Fund during our release parties.”