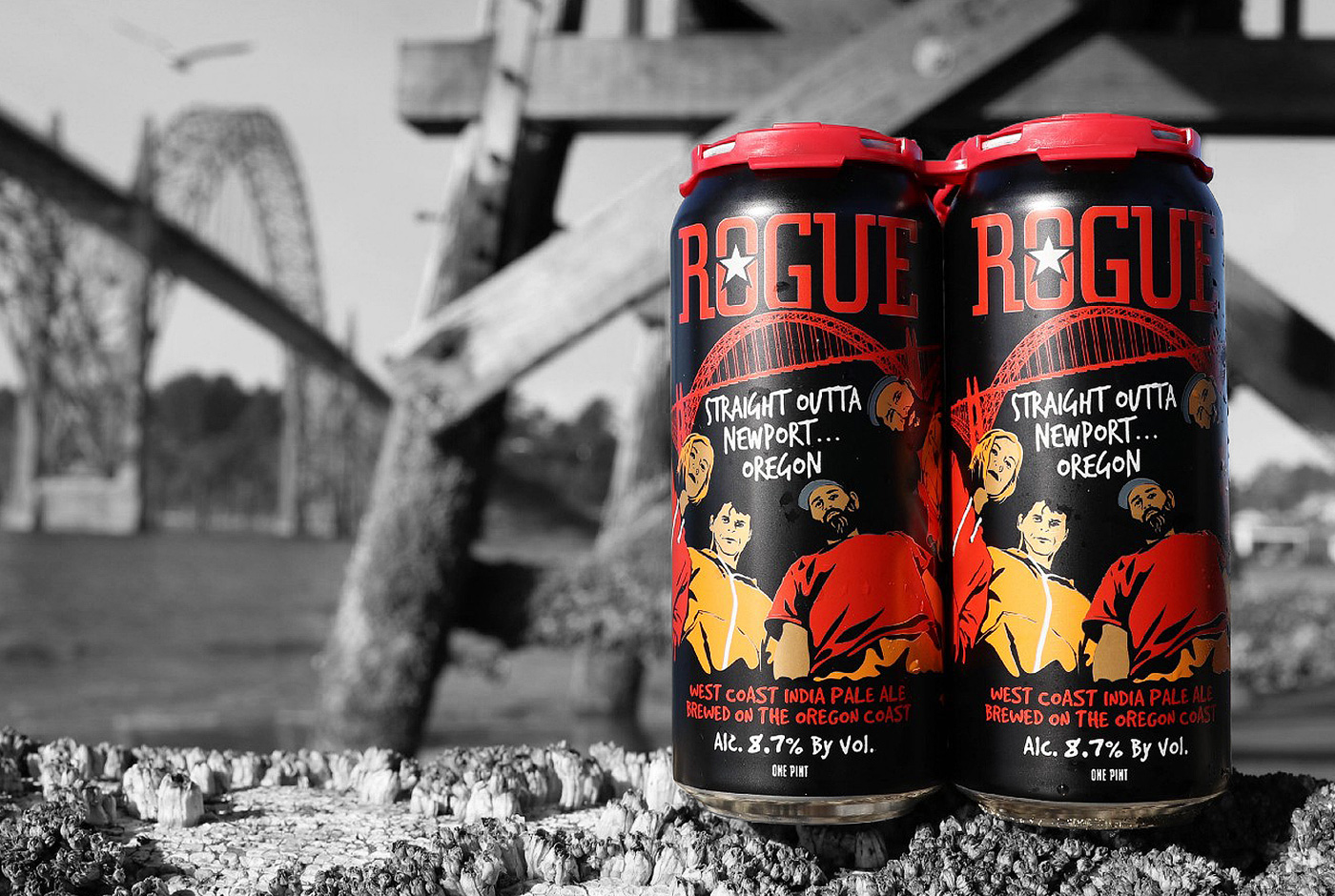 And Peaks and Pints is down. We’ll pump up the party at 5 p.m. Friday, Jan. 12 when we showcase Straight Outta Newport IPA, as well as other Rogue craft beers.

Rogue’s new double IPA is crabby crabbers and sneaker waves, fishermen and big trucks, all surrounding a larger-than-life 8.7 percent alcohol by volume and 73 International Bitterness Units. Starring DextraPils, Pacman, Gold Pils Vienna, Belgian Candi Sugar and MC Munich — and backed by Mosaic, Citra, Comet and Hallertau Magnum — this depiction of the West Coast style and the city it proudly hails from is “a bold and flavorful profile, bursting with aromas of grapefruit, tangerine and orange, fruity hop notes and a juicy finish.” Straight Outta Newport’s label art is also a nod to Rogue’s seaside hometown, with an image of the iconic Yaquina Bay Bridge as well as the Rogue brewers who rolled up on the one-of-a-kind beer.