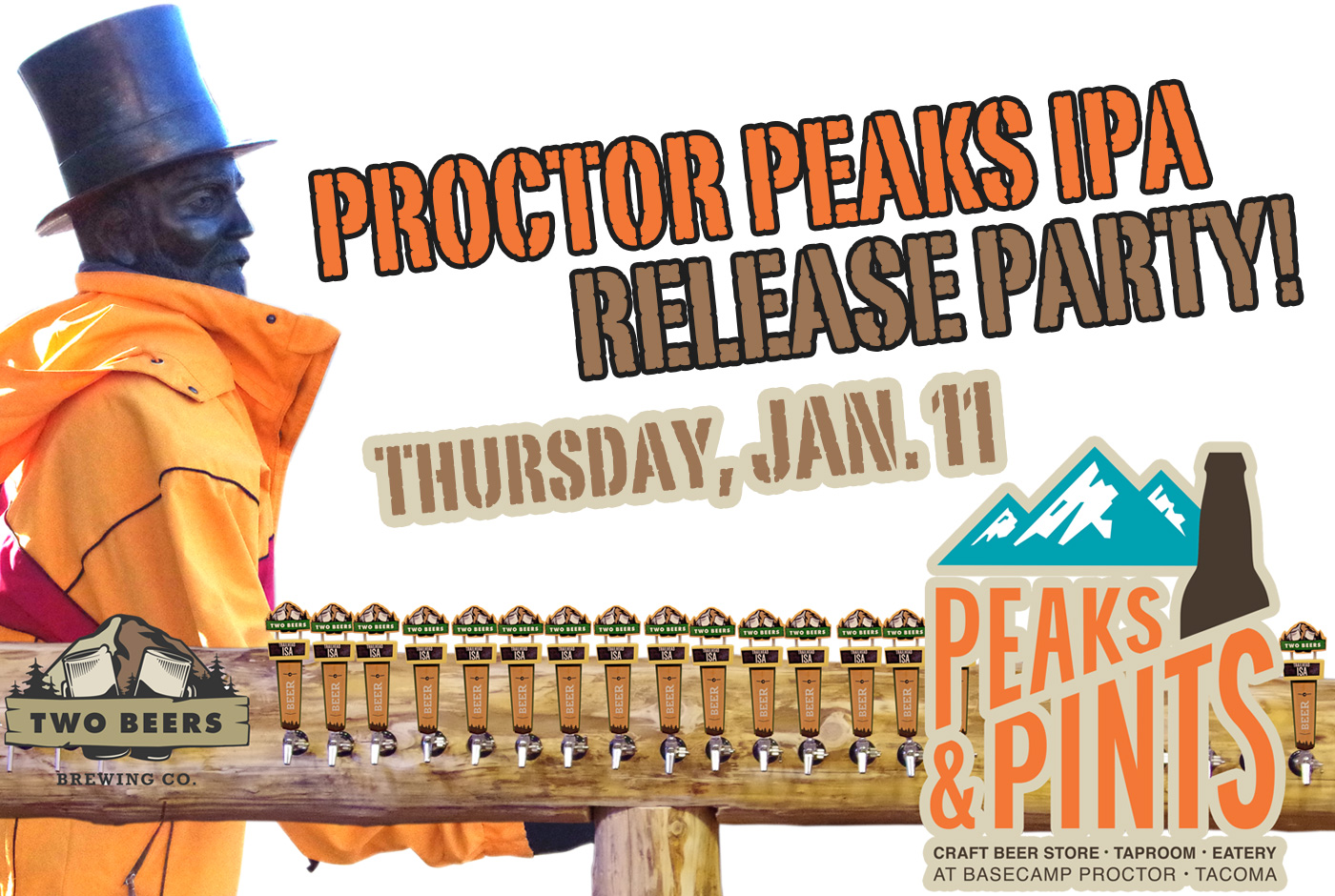 To celebrate its first year in business, Peaks and Pints is excited to announce its special India Pale Ale release in collaboration with Two Beers Brewing Co. The outdoors/lodge themed bottle shop, taproom and restaurant has a special place in its heart for the outdoors-themed brewery in Seattle.

“We dropped our carabiner bottle openers with glee when Two Beers founder Joel VandenBrink asked if they could brew us a house IPA,” says Peaks and Pints co-owner Ron Swarner as he typed this event announcement. “They’re the 15th largest brewery in the state with awesome beer and pine needles stuck to their clothing. We’re huge fans.”

Coming in at 6.7 percent ABV and 60 IBUs, Proctor Peaks IPA will be pine (naturally) and dank on the nose and palate featuring Warrior, Chinook, Columbus and Simcoe hops with kettle and dry hop additions.

“And, it has clear, copper coloring,” adds Swarner, because that’s a thing.

Proctor Peaks IPA will be released at Peaks and Pints Thursday, June 11 at 6 p.m., along with other Two Beers and Seattle Cider draft delights. In addition, expect mountain-themed music, movies and raffle prizes.

The night will also serve as a benefit for Citizens For A Healthy Bay, thanks to Drinking for Conservation’s endeavor to raise funds for the Tacoma organization’s efforts to keep Commencement Bay clean and healthy.