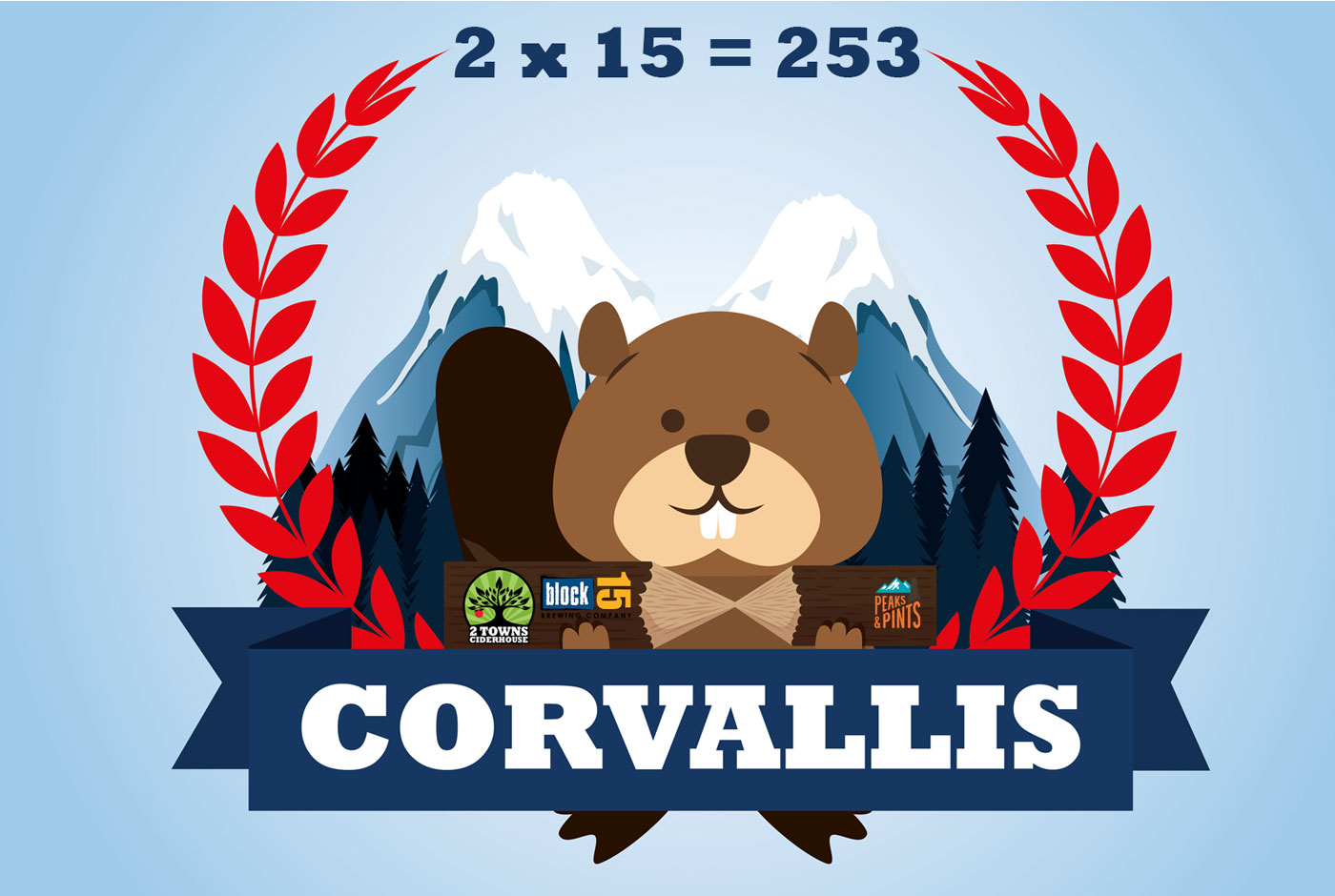 Corvallis, Oregon, is a graceful, seductive, sophisticated and humane version of the platonic form of a small Northwest college town. It offers a kinder, gentler vision of hippie populism and liberal social planning: artsy trashcans covered in ivy, preserved frontier architecture, little cafes with outdoor seating and a general atmosphere of quaintly unified purpose. The college town is also home to some of the state’s best breweries and cideries. Peaks and Pints will tap the latest from two Corvallis craft institutions 2 Towns Ciderhouse and Block 15 Brewing at 6 p.m. Thursday, March 5.

The idyllic little city of Corvallis, which sits snug against the Willamette River about an hour and a half south of Portland, is home to the state’s agricultural college, which also has a respected fermentation-sciences program. Oregon State University’s Fermentation Science program, one of just a handful in the nation, is a “hands-on” applied science addressing the use of microorganisms as processing agents in the production of alcoholic beverages, as well as a variety of other fermented foods such as cheese, yogurt, soy sauce, pickles, breads and fermented vegetables. Cheese is delicious, but so are craft beer and cider. See you March 5!