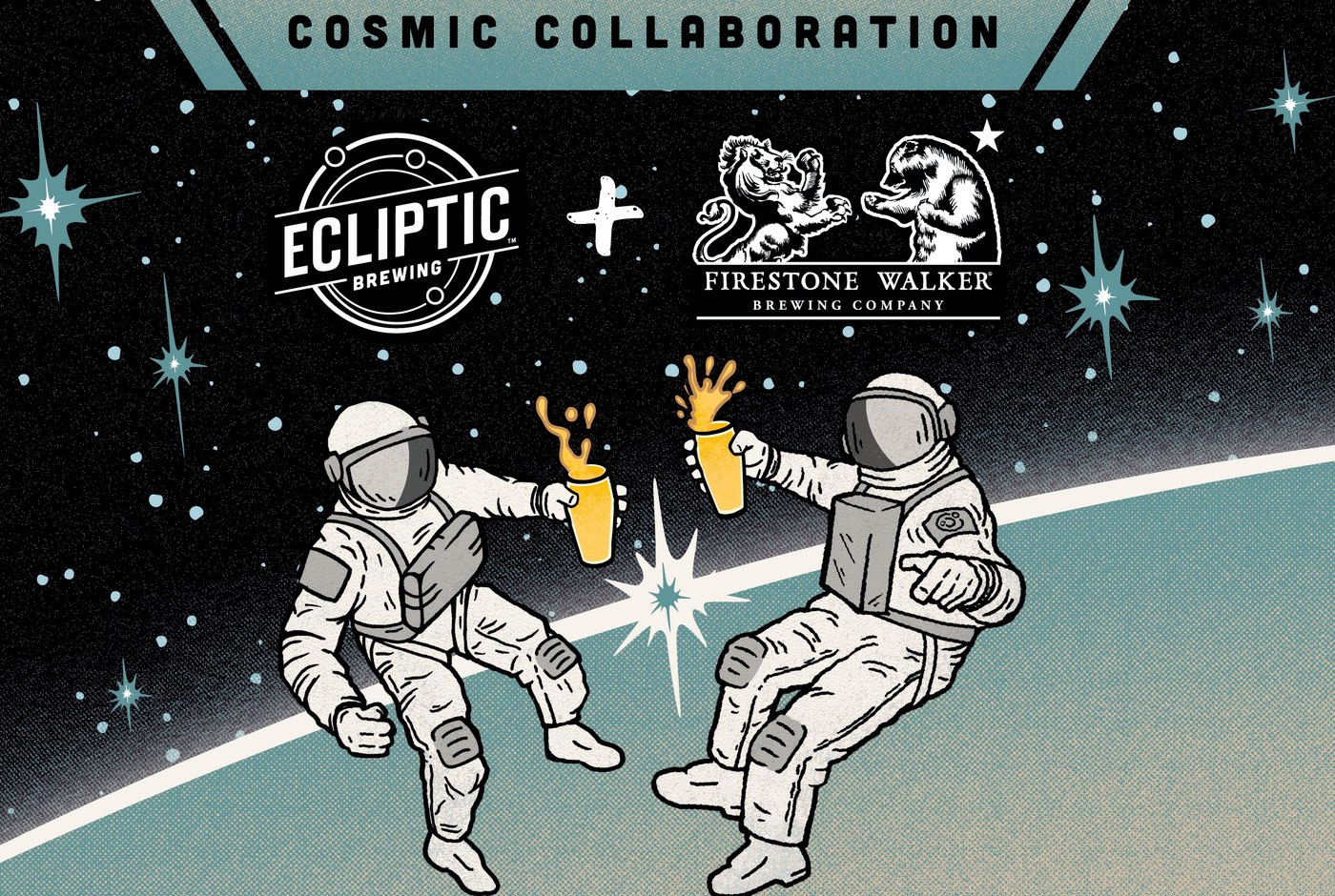 Ecliptic Brewing picked Peaks and Pints to showcase their newest Cosmic Collaboration series, “5 Beers for 5 Years,” in which the Portland brewery collaborates with five other esteemed breweries to brew five celestial concoctions, and then taking each collaboration on separate tours supported by tapped craft beer from both breweries. The first beer, Tangerine Farmhouse Ale, was a collaboration between Ecliptic and Brooklyn Brewery. Peaks and Pints tapped it and other beers from the two breweries April 1. Ecliptic’s Cosmic Collaboration continues with the next brewery in their “5 Years/5 Beers” series: Firestone Walker Brewing Company of Paso Robles, California at peaks and Pints May 16.

In deciding what beer to brew, both John Harris, Ecliptic Brewing owner and brewmaster, and Firestone Walker Brewmaster Matt Brynildson, knew they wanted a big, juicy beer. The result is a hazy double IPA brewed with pale malt, wheat, oats, along with Idaho 7, HBC 692, and El Dorado hops. “I feel very honored to have Matt and Firestone Walker on board to help us commemorate our anniversary,” Harris said in a media release.

Thursday, May 16, let’s aim the telescope at two iconic brewmasters’ craft, drink the Galactic Hazy IIPA and other beers from the two breweries and toast Ecliptic’s fifth orbit around the sun while wearing futuristic motocross suits.