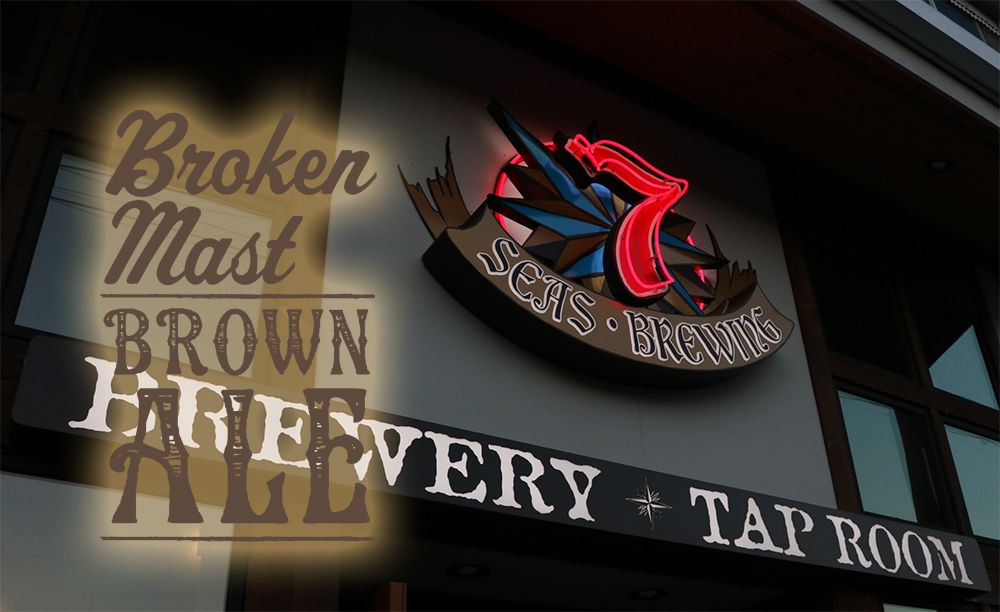 Cooler weather means changes on local beer shelves, including an influx of winter ales and craft beer with Santa on the label. But for many a craft beer geek, fall means savoring one of the most unappreciated styles — the humble brown ale. Although brown ales are made year round, there’s something about their subtle hints of chocolate and roast that pair well with an autumn day.

Brown ales are, duh, brown in color, sometimes nearly opaque. The coloring stems from dark malts used in the brewing process. In the nose, expect toffee and caramel notes. Often there are hints of nuts, which is why brown ales are sometimes referred to as nut browns. The nutty character most likely comes from the malts, though some brewers do add nut flavors to their recipes.

7 Seas Brewing Co.’s Broken Mast Brown Ale does, indeed, have toffee and caramel notes, but the Gig Harbor and Tacoma brewery’s brown also offers hints of milk chocolate, again from the dark malts. When sipping the Broken Mast, look for many of the same flavors as in the nose. This craft beer is moderately sweet, with more hop bitterness due to heavy quantities of Mt. Hood hops adding floral tones and a snappy finish. Carbonation is moderate, and the flavor lingers like sunlight on a fall afternoon.

The Broken Mast Brown Ale is a taproom reserve, which means you can only find it at 7 Seas’ Gig Harbor and downtown Tacoma taprooms … until 6 p.m. Wednesday, Nov. 12 when Peaks and Pints pours the beer from our Western red cedar tap log during the 7 Seas Brewing Lodge Meeting at our Basecamp Proctor house of craft beer and cider. In addition to the Broken Mast brown Ale, expect to drink 7 Seas’ Kristal Dunkel Weizen, Chili Pepper Export Stout, Rude Parrot IPA, Winter Ale and 253 Pilsner. Bring canned goods for the Emergency Food Network and receive a raffle ticket for an opportunity to score some sweet 7 Seas swag.