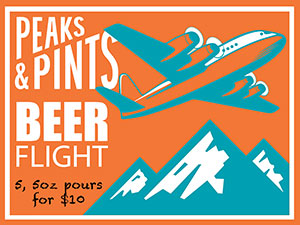 Does everything have a national day? A few days ago it was National Hot Dog Day. And apparently tomorrow is National Chicken Wing Day. A better question is: Is everyday a National Day for something? Yes, yes it is. Today, in fact, is National Milk Chocolate Day. How could we ignore National Milk Chocolate Day? Oh, what a day! What a day! What a day! Milk chocolate, you see, is the way chocolate should be eaten. Dark (or real) chocolate is disgusting and bitter and gross on the tongue. It is also pretentious and stupid. People who enjoy high-percentage cocoas are the most annoying people you will ever have the displeasure of meeting. They flock to dark chocolate the same way they do to bacon, pirates, and condescending prattle about how vegetables should always be crisp and barely cooked. The only cure for dark chocolate is, you guessed it, delicious milk. To celebrate National Milk Chocolate Day, Peaks and Pints aims our daily beer flight, the best we can, at milk chocolate. We acknowledge milk chocolate’s roll in craft beer. We present Craft Beer Crosscut 7.28.17: A Flight of Milk Chocolate. 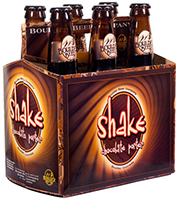 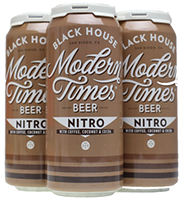 Basically, this is Modern Times’ Black House — the brewery’s year-round oatmeal coffee stout, brewed with Ethiopian Hambela and Sumatran coffee — nitrogenized and packed to the gills with coconut and cocoa nibs. This special January 2017 is a decadent symphony of chocolate and coffee laced with luscious notes of coconut and a mouthfeel so luxurious it’s like drinking a velvet painting. The flavors are very well-balanced, smooth and harmonize perfectly together, with an excellent body and finish. Yes, you read the words coffee and coconut in a milk chocolate listing, but it’s mouthfeel and taste reminds us of chocolate milk. Seriously, it’s crushable. 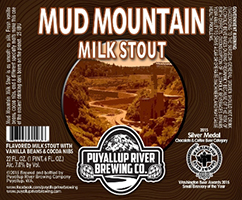 Milk stouts originated in Europe in the 1800s. The style emphasizes a malty sweetness with hints of chocolate and caramel. They are sometimes called cream stouts or sweet stouts. Brewers may also add milk sugar (lactose), which is unfermentable, to give it additional sweetness and body. This type of stout is not hoppy, just bitter enough to lend some balance to a solid malty sweetness. Odd Otter Brewing Co.’s Odd Utter Milk Stout is a very easy-drinking medium-bodied stout. We like it for its subtle chocolate and caramel flavors from the malts, which are complemented by the subtle sweetness and softness of the lactose. This milk stout is very approachable. It’s a great example of how not all black beers are thick and filling.