In 2010 — with his Siebel Institute education, training in Germany and Belgium, and degree from Yale tucked under his arm — Ben Edmunds opened Breakside Brewery in the quiet Woodlawn neighborhood of Northeast Portland as a restaurant and nano-sized brewery. Breakside expanded to a 3.5-bbl brewhouse while winning their first medal at the Great American Beer Festival in 2011 where they have earned medals each year since. In late 2013 the brewery expanded operations to Milwaukie, Oregon with a 30-bbl production brewery. In 2014 Breakside was awarded with the highly coveted Gold Medal for American-style IPA at the Great American Beer Festival for their flagship IPA that was also named to Men’s Journals 100 Best Beers In The World and Sip Northwest’s Best IPA in the Northwest. In 2019, Breakside grabbed gold for their The Oligarch bourbon barrel-aged Russian imperial stout. With the recent release of Breakside’s Grandmammy and Grandpappy barrel-aged stout, Peaks and Pints presents a flight of five complex Breakside imperial stout that we call Craft Beer Crosscut 5.29.19: Flight of Breakside Stouts. 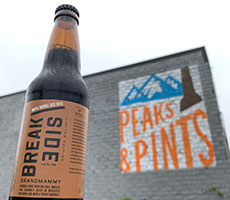 The barrel-aged version of Breakside Brewery’s popular winter seasonal, Salted Caramel Stout, this vintage release has been doting for more than a year in Van Winkle wheated bourbon barrels that were also used to house Bissell Maple Farm maple syrup. Grandmammy tugs your cheeks with soft oak tannins, wood character, brown spices, earth and dark fruit coupled with the rich flavors of vanilla and caramel with a hint of salt in the finish. 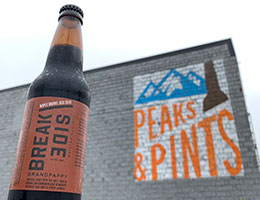 Inspired by whiskey-sauced bread pudding, this Breakside Brewery barrel-aged imperial stout is a special variant of Grandmammy. Also aged for more than a year in Van Winkle wheated bourbon barrels that have been used to house Bissell Maple Farm maple syrup, Grandpappy doesn’t smell like cigars and dust, but rather toffee, caramel and baking spice. If you kissed Grandpappy, you’d taste charred oak, sun-dried grapes, and chocolate-covered citrus. 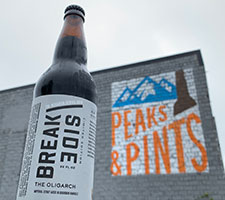 The Oligarch is a single batch of British imperial stout blended from four different batches of stouts aged in bourbon barrels for more than two years. It hits the nose with bourbon-ish brown sugary nose, vanilla, oak and dark chocolate. Delicious brown sugary flavor follows with a bit of a sharp alcoholic phenol, dark chocolate, oak, vanilla and a boozy, roasty finish. 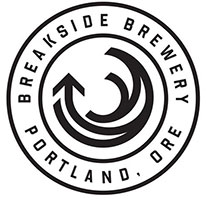 The word “oligarch” first came into wide use in and about Russia in the 1990s; back then, it referred to men who had built their fortunes on the ruins of the Soviet economy and then used their wealth to obtain political power. In Putin’s mafia state, oligarchs have surrendered their autonomy — and any political ambitions — in exchange for wealth. In Breakside Brewery’s craft beer state, The Oligarch has surrendered its flavor to bourbon barrels for two years before being exiled to Peaks and Pints. The PB & Oligarch variant combines the original Oligarch with raspberries and almonds. This variant has a delicious nutty aroma with a kiss of raspberry that takes us back to those lunchtime classics.

The maple bourbon barrels from Bissell Maple Farm in Jefferson, Ohio provide a ton of complexity, offering an especially nerdy delight to be found in this intense and rich beer.