Consider the number 8. Number 8 is the symbol of harmony and balance. In the tarot, 8 is the card for justice or strength. Most umbrellas have 8 sides. In the world of computers, a byte is 8 bits. The number 8 is the atomic number for oxygen. Spiders have 8 legs. There are 8 planets in our solar system. It takes 8 minutes for the sun’s light to reach the earth. Sadly, it took us longer than 8 minutes to write these 8 facts. Let’s keep the magic 8 ball rolling and make today’s beer flight all about 8. Ladies and gentlemen, we present Craft Beer Crosscut 5.12.17: A Flight of 8.

Abbaye Notre-Dame de Saint-Remy‘s Rochefort 8 has the most amazing mouthfeel.  The dense foam gives way to a pleasant and natural feeling carbonation that is deliciously creamy, and reminiscent of a root beer float.  The malt delivers a strong sweetness, followed by yeasty earth tones of oak and vinous quality, then sweet raisin, plum and figs coming through as the focus. Rochefort’s dry finish cuts through the rich flavors, and leaves dark fruit notes on the tongue long after the swallow. 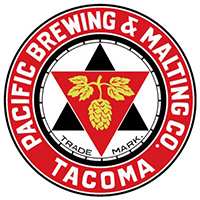 Named after the building in which it’s brewed, Annex IPA is a series of experimental India Pale Ales utilizing different hops each time Pacific Brewing & Malting Co. brews. Also known as Sammy Simcoe, Annex IPA No. 8 beat out 12 other Tacoma area IPAs to grab the champion trophy at the Parkway Tavern’s Annual IPA Invitation in 2016. Notes of citrus, pine, and melon from Simcoe and Equinox hops are balanced with a light malt backbone.

8 Hop IPA is the head Rogue Ales‘ numerically themed “Hop Family” India Pale Ales, which are created with ingredients sourced directly from Rogue Farms. Not only does 8 Hop have more hops than 4 Hop, 5 Hop, 6 Hop and 7 Hop — eight hops from the Rogue’s 10 hop farm to be exact — but 8 Hop also sports the highest ABV in the family, 8.88%. It’s a commanding imperial IPA with citrus, hops, pine, caramel and grass notes and a chewy, oily, bitter finish. 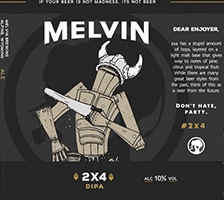 A little multiplication is needed to add this craft beer to today’s theme; it’s worth it. Melvin Brewing 2×4’s medal-strewn resume includes gold at both the Great American Beer Festival (2012) and World Beer Cup (2014), and 2×4 was a two-time consecutive Alpha King Champion (2012-13), finishing second in that contest in 2015. This 10 percent ABV double IPA is a hop bomb through and through, with Centennial, Citra, Columbus and Simcoe hops layered on a very light malt base that gives way to notes of pine, citrus and tropical fruit.