In 2010 — with his Siebel Institute education, training in Germany and Belgium, and degree from Yale tucked under his arm — Ben Edmunds opened Breakside Brewery in the quiet Woodlawn neighborhood of Northeast Portland as a restaurant and nano-sized brewery. Breakside celebrates their 10th anniversary in 2020, changing up their seasonal lineup, adding new year-rounds and new series of beers. With two Portland brewpubs and a production facility in Milwaukie, Oregon, Breakside is continuing to show-off their diverse lineup and ability to brew a wide range of beers from all three locations. Today, Peaks and Pints, once again, pours a Breakside Brewery flight, this time calling it Craft Beer Crosscut 2.13.20: Flight of Breakside 10th Anniversary. 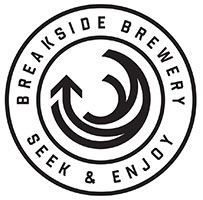 Golden Cluster is a wood-aged sour beer that is co-fermented with Oregon-grown Riesling juice. This is Breakside’s first foray into oenobeers or grape ales — beers that use a large portion of grape juice in them to impart wine-like characteristics. Golden Cluster was blended from two beers in their wood cellar — the majority of the blend is a lambic-inspired beer brewed in September 2018, made with aged hops and fermented entirely in wood casks with naturally occurring bacteria and yeast. This was mixed with a small portion of a similar beer from July 2018, which was more acidic. Finally, the blend was re-fermented with 35 percent fresh-pressed Riesling juice from the Willamette Valley. Expect an interplay of vinous flavors and sparkling acidity.

Breakside The Mountains of Instead

Breakside aged a souped-up version of their Fall Apple Ale in apple brandy barrels from Clear Creek Distillery for 13 months. The apple brandy barrels give off a slightly tart and sweet aroma. The barrel doesn’t hit you over the head but lends a richness to the palate, caramel apple and brown sugar mix with the brandy for a rich and sweet winter ale. It finishes with dark fruit and oaky wood. 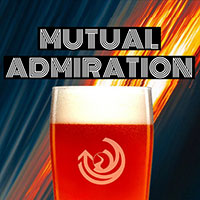 A part of Breakside’s 10-Year Anniversary Collaboration Series, Mutual Admiration is a hazy, juicy pale ale brewed with Sunriver Brewing. Brewed with exclusive, new Southern Hemisphere-grown hops for a hard-to-place quality that gives the beer amazing depth, balanced by a malt backbone. The aroma is tropical with slight coconut. It’s slightly sweet with subtle pineapple and citrus and a slightly bitter finish. 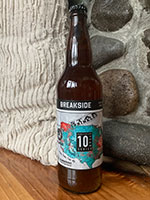