With Valentine’s Day just around the corner, our palates and stomachs could use a warm-up. So we’ve compiled a list of luscious, indulgent, dessert beers to stimulate your appetite. Let’s sharpen that sweet tooth with Craft Beer Crosscut 2.11.17: A Flight of Dessert Beers. 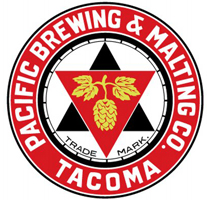 OK, let’s ease into this dessert beer flight. We know what you’re thinking, what is a blonde doing on this dessert list? But take our word for it, this one’s worth trying. Pacific Brewing & Malting Co. delivers an impressive balance of sweet and light, it hits your mouth like a melted chocolate bar.

Boulder Beer Company’s Shake Chocolate Porter (Boulder, Colorado) tastes like a chocolate shake with its rich chocolate aroma and velvety mouthfeel. This beer, which took home a gold medal in the Chocolate Beer category from the 2014 World Beer Cup, is brewed with five different grains, including Chocolate Wheat, and has added cacao nibs.

The legendary Chicocabra — Northern California’s version of the mythic beast — only imbibes the darkest and most decadent of drinks, at least according to Sierra Nevada Beer Camp #175, a group of 10 party animals who brewed in in the Sumer of 2016. They dumped a ton of Hershey’s Cocoa Powder and Cocoa nibs into the heart of this Imperial Stout, which emerged with rich notes of toffee and chocolate balanced by bright, fruit-forward hop aromas.

Mint’s multitasking capabilities are endless: for centuries, the herb has been instrumental in calming moods, reducing inflammation, and combating bad odors, among other things. When combined with chocolate, it can be an emotional overload of deliciousness. Iron Fist‘s chocolate mint Russian imperial stout’s rich flavors of chocolate, cocoa, coffee, fruits and malty grains mingling with the chocolate mint combined with the light calming effects of alcohol, will quell the mood of any stressed-out V-Day skeptic.

Brewed with natural chocolate, and four varieties of malts doused in lactose and vanilla, this is the cheesecake of beer. Chords of custard and caramelized sugar entice nose and mouth alike, and the thick, creamy body is enough to slow even the most seasoned sugar-junkie’s drinking pace to a crawl. Don’t say we didn’t warn you.