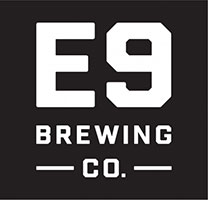 E9 Brewing The Last In Line

In the early ’90s, Dusty Trail converted the historic Engine House No. 9 bar into a brewpub, and brought back the Tacoma Brew, the famous Tacoma lager of 1888. Dick Dickens grabbed the reins in 2002, bringing in head brewer Doug Tiede. Heads turned and medals were hung. In 2011, X group purchased E-9, with Shane Johns running the kettles. Saisons and sours and gold medals followed. Today, the brewery, E9 Brewing, has moved out of the Engine House and into a much larger production facility and taproom in Tacoma’s Historic Brewing District. The Last In Line is a non-barrel-aged version of E9’s Holy Diver Belgian strong dark ale. This new beer has complex fruity notes of raisin, date and brown sugar with the classic taste of sweet malt and caramel. 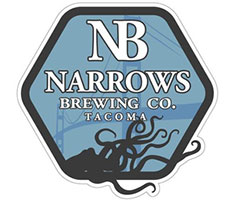 Part of the historic mill building at Tacoma’s Narrows Marina, Narrows Brewing Company’s Taproom and Brewhouse looks out at the waters of the Puget Sound. Dark Mode is the Tacoma brewery’s brand new, almost year-round oatmeal stout. Brewed with rolled oats and chocolate malt and then boiled for an extended time, this stout is creamy and sweet with refreshing notes of coffee, dark chocolate and oatmeal cereal. 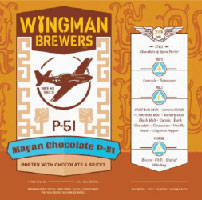 The P-51 Porter was Wingman Brewers‘ first real beer recipe. “It goes back to 2008 when Derrick (Moyer) and I were home brewing,” explains Thoburn. “At the time, Lazy Boy Porter from Everett was my favorite beer around, so we tried to emulate that. The beer was initially made for a friend’s birthday and called Nalty’s Tall Order Porter since he’s a tall dude and asked us to make a Porter for his birthday party. The beer went over so well with our friends that it remains the only recipe we’ve never changed since Wingman started … with Washington-grown barley and Moxie valley hops.” Wingman Brewers introduced a peanut butter and coconut porter to the Port Townsend Strange Brewfest several years ago. They were a huge hit. Many variations followed, including Mayan Chocolate with cinnamon sticks, vanilla beans, cayenne peppers and, or course, a whole lot of chocolate. 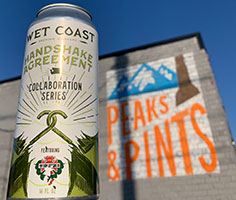 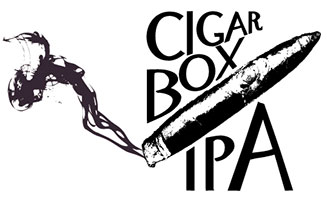 While 7 Seas Brewing has been in existence since 2008, a fire in January 2009 at the original downtown Gig Harbor address meant Mike Runion and Travis Guterson had to relocate. Popularity and growth forced them to move to their current and much larger location back in downtown Gig Harbor. In 2016, 7 Seas added another location, opening an 80,000-square-foot expansive taproom, marketplace and production facility with 10,000 sq. ft. basement for barrel program in downtown Tacoma at a site that once held the Heidelberg Brewery. Boobytraps is a flavorful and bold black IPA, yet maintains a crisp quality of light bodied drinkability that is perfect for the cool months of the year.” Light and smooth, Boobytraps is loaded with piney hops and a hint of roasted malts for a lingering, flavorful finish.