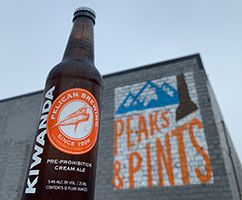 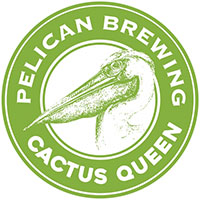 This double-barreled Belgian blonde has characteristics of your favorite spicy tequila, while maintaining an exciting, bold balance of flavors. It’s aged in Reposado tequila and Ransom Old Tom Gin barrels for dynamic oaky and earthy aromas. On the palate it’s smooth with notes of tequila and gin, plus a bit of lemon, some banana and cucumber.

Pelican messed with its saison a second time, again aging it in Ransom Distillery gin barrels but this time refermenting it with 550 pounds of mango puree. It smells of light mango, a bit of funk and hints of gin. On the tongue, it’s tangy, fruity, mildly funky and loaded with mango. The gin comes on mid- palate and lingers. The finish is clean though the tang is still a thing.

Pelican Mother of All Storms

Mother of All Storms was originally released back in 2008 under the name “The Perfect Storm” but due to a copyright issue they changed the name to Mother of All Storms in 2010. Oh, mother, either way it’s a fitting name for this Kentucky bourbon barrel-aged beast. The 14 percent ABV English-style barleywine surges with Golden Promise, Munich, Melanoidin and Caramel malts as well as Magnum, Glacier and Mount Hood hops. The beer then spends several months aging in Kentucky bourbon barrels before being bottled and kegged. The Storm opens with a straight on bourbon slapped in the face before hints of dark fruits, toffee and oak start to appear. The bourbon returns on the tongue before other flavors begin to emerge: tawny port, pie cherries, leather, cacao nibs, rich malt, and velvet-y caramel with toasty coffee edges. Did we mention a fair amount of bourbon?