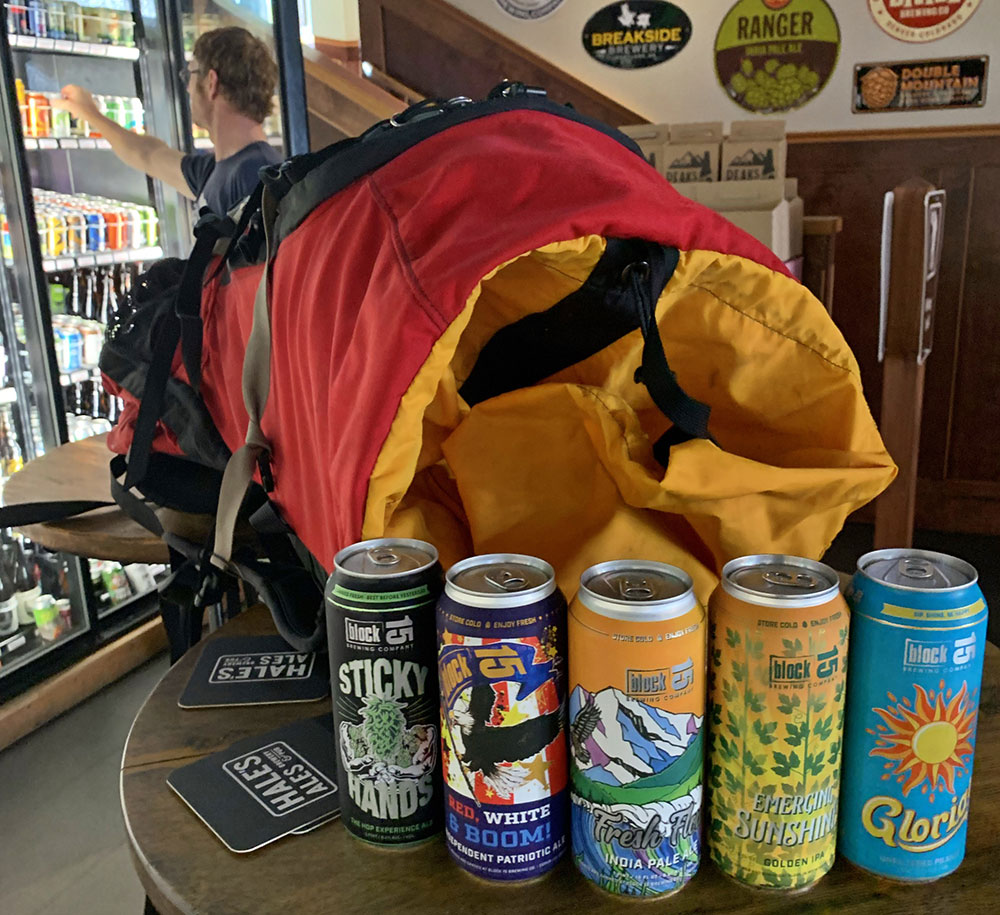 Looking for something to do this weekend? Descend into the lower section of Ape Cave, a 2.5-mile cool (literally, it averages a temperature of 42 degrees year round) lava tube near Cougar, in Cowlitz County. Afterward, camp at nearby Beaver Bay Campground and tell Ape Cave stories while drinking Block 15 Brewing canned craft beer.

The reputed home of Bigfoot, the Ape Cave was discovered in the mid-20th century by a local logger. The name is actually an homage to the Boy Scout group who helped map the site — the Mount St. Helens Apes — so don’t get your hopes up for a Sasquatch sighting.

You’ll enjoy turning into modern-day spelunkers as you descend the metal stairs at the entrance to the cave. Warning — it gets cold fast, so make sure to bring jackets, comfy hiking shoes and — very, very important – a light. Lots of flashlights — one per person is best. Trust Peaks and Pints — you don’t know the meaning of pitch black until you are in a cave deep underground with no source of light.

The lower cave is low-grade and perfect for families. It’s rocky at places, but basically an easy go. Unless you like scrambling over and squeezing through rocks, stay away from the upper cave.

The main entrance is about an hour from the Mount St. Helens Visitor Center. There’s no cost to hike the cave, but there’s a $5 parking fee. No food, beverages or pets are allowed in the cave. For more information, visit www.mountsthelens.com/ape-caves.html.

Block 15 Brewing sits heart of downtown Corvallis, only a few blocks from Oregon State University. The brewery’s name hails from Corvallis’ previous incarnation as Marysville and the old plat map location from the old town. In late 2011, homebrewers Nick and Kristen Arzner opened the brewery and restaurant serving beers true-to-style with ingredients imported from different parts of the world, along with all the Willamette Valley produced grains, hops, fruits, herbs and yeast.

As for what Block 15 beers to bring, stop by Peaks and Pints and grab the tasty treats listed below. …