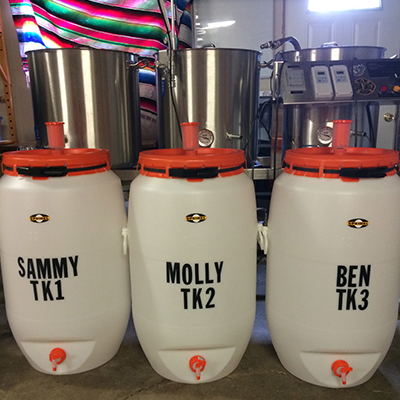 Awards: Not yet (as a home brewer, yes)

Fun Facts:
>>> Business named after Three Horns (Rob and Kelly’s children)
>>> Triceratops donates a keg of beer to the Olympia Film Society for every batch of Craftsman Copper they brew.
>>> Triceratops Brewing with relocated to Deschutes Landing Building in Tumwater in the fall of 2016.

Triceratops Brewing Company launched with a one-barrel system, but now brews on a 10-barrel, with two 20-barrel fermented and one 20-barrel bright tank. Triceratops is in bottles and on tap at South Sound bars and bottle shops.