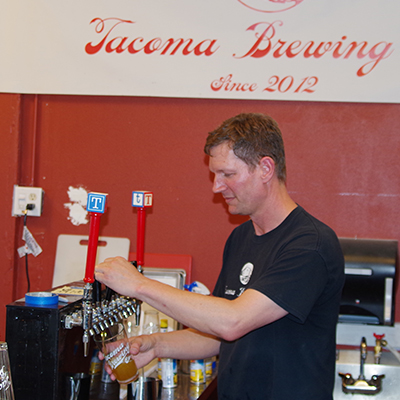 Specialty: Hand-crafted ales with an emphasis on flavor.

Fun Facts:
>>> Started off as the Amocat Cafe coffee shop in the same location.
>>> Makes one of the only authentic hard ginger ales in the US — made with cane sugar, fresh ginger, and molasses.

Since starting out of a coffee shop in late 2012, Tacoma Brewing Company has doubled in size every year. Currently, brewer Morgan Alexander brews on a 2-barrel system. In the summer of 2016, Tacoma Brewing will be moving several blocks south to an old brick warehouse. Once in the new space, TBC’s goal is to expand distribution beyond the city limits within a year.