Where To Celebrate Tacoma Beer Week 2015 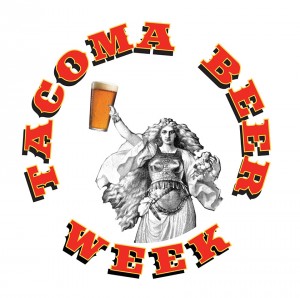 Tacoman Zoe Brackney founded Tacoma Beer Week in February 2014 after Narrows Brewing Company and several other Tacoma breweries asked her to organize an event around the releases of their collaboration beer, Tacoma Neo Noir.

“This project is really too large for one person to handle, and Andy and Bethany have been an incredible help in navigating the Tacoma beer circles, coming up with ideas for amazing events, and generally getting the community excited for this annual event,” says Brackney. “Additionally, having this particular team really helps us to focus on the breweries and evangelize on their behalf, because Andy and Bethany ARE the breweries. That’s really important to us. We never want to forget that this event is about the things and people that make our community so rad. And, of course, that includes the beer.”

Carlsen visited all the breweries in the South Sound, asking them to participate in the weeklong celebration. She received positive feedback from most of the breweries, from Olympia to Kent, and special brewery nights will be added to the schedule below.

“The Tacoma area is home to an absolutely world-class brewing scene, and we have something for everyone: experimental beers, fun flavors, traditional styles, incredible sours and farmhouse ales and, of course, some of the most amazing IPAs I’ve ever tasted,” says Brackney. “Our brewers and breweries are bringing their A-game, and we want to celebrate that. And maybe, just maybe, we want to put Seattle and Portland on notice. Just a little though, because we love their beer, too.”

Brackney says Tacoma Beer Week focuses on local culture and style via fun games and promotion, which is why the Broadway Center for the Performing Arts was brought in as a partner.

“Lots of people are aware of the many big shows that pass through the Broadway Center, but we take for granted their many outreach projects that serve our community and bring art and music into our everyday lives,” says Brackney. “And, of course, they are now organizing the only annual ‘For Tacoma, By Tacoma’ beer festival, Brew Five Three. Tacoma Beer Week will have their closing ceremony at Brew Five Three, and our whole crew will be there all day pouring delicious beer for anyone who cares to drop by and say hello.”

Sure, there will be tap takeovers, wacky games and festival-sized happenings, but this seven-day liver endurance challenge also includes new beer releases. Many breweries and beery venues figured out you don’t have to go insane lengths to put together a memorable and, more importantly, enjoyable Beer Week event. Sometimes releasing a kickass beer is enough. Wingman Brewers and Odd Otter Brewing Company will be releasing new beers. Engine House No. 9 will bust out its Ferme Agrume Fruit Farmhouse Series at the opening ceremony. A few other breweries will release new beers during the week, too.

“We hope Tacoma Beer Week creates a sense of excitement and anticipation in the Tacoma beer scene and brings value and entertainment to our community,” adds Kenser. “It’s really just a way for us to say thank you, get out and meet the people we make all this beer for, have some fun and celebrate what an awesome town Tacoma is for craft beer. We have a very savvy and passionate beer scene here; our consumers deserve a celebration.”

Here’s the Tacoma Beer week list of events so far. Check back here or at Facebook.com/TacomaBeerWeek for additional events added throughout the month and starting times.

Beer of Fortune, Ale House Pub & Eatery
Narrows Brewing Company and Northwest Brewing Company will be front and center for this game. Letters will be written on the back of papers hanging on the wall spelling out funny brewing phrases. Patrons may come up and spin a wheel labeled with styles. If the marker lands on the style the patron is currently drinking, the brewers get to buy a letter. If it’s the brewer’s brand, they get to buy a vowel.

Pin The Beer On The Brewer, Pacific Brewing and Malting Co.
A big photograph of Pacific Brewing co-owner and head brewer Steve Navarro will hang on the wall with an empty beer hand. Blindfolded contestants will try to give Steve a beer for a chance at schwag prizes.

All Tacoma IPA Invitational Championship, ParkWay Tavern
The Parkway has invited all Tacoma breweries to bring their IPAs for a blind taste test. The taps will be numbered and patrons are encouraged to vote for their favorites. A trophy will be awarded at the end of the night, which will be displayed in the winner’s taproom until next year’s event.

Battle of the Gorge, ParkWay Tavern
Washington vs. Oregon. Head to Head. You crown the champions. Famed breweries of the Columbia Gorge battle it out in a head to head taste blind test. Everybody’s Brewing of White Salmon, Wash. and Backwoods Brewing of Carson, Wash. vs. Double Mountain Brewing and pFriem Family Brewers of Hood River, Oregon. Friendships will end this night.

Red X release, Wingman Brewers
Wingman Brewers will be supporting their friends in BRAVO 1-214th GSAB who fly the Chinook aircraft out of Joint Base Lewis-McChord. The unit will be deploying sometime in August. Wingman has brewed a special beer with their unit called Red X — which is the name of the malt in Red X and a nod to “Red Xing,” the term used when a pilot has a drink and is unable to fly for 12 hours.

Slingload Pils release, Wingman Brewers
Wingman Brewers releases a special pilsner for the weekend. The reason is twofold: celebrate beer in the northwest and to give 10 percent of all the sales from that weekend to BRAVO 1-214th GSAB’s Family Relations Group at JBLM. “We encourage people to come down to the taproom, buy some beer and help support their neighbors who are going on deployment and also their neighbors who are having to live without their spouses, mothers, fathers who are deployed,” says Ken Thoburn, Wingman co-owner and head brewer.