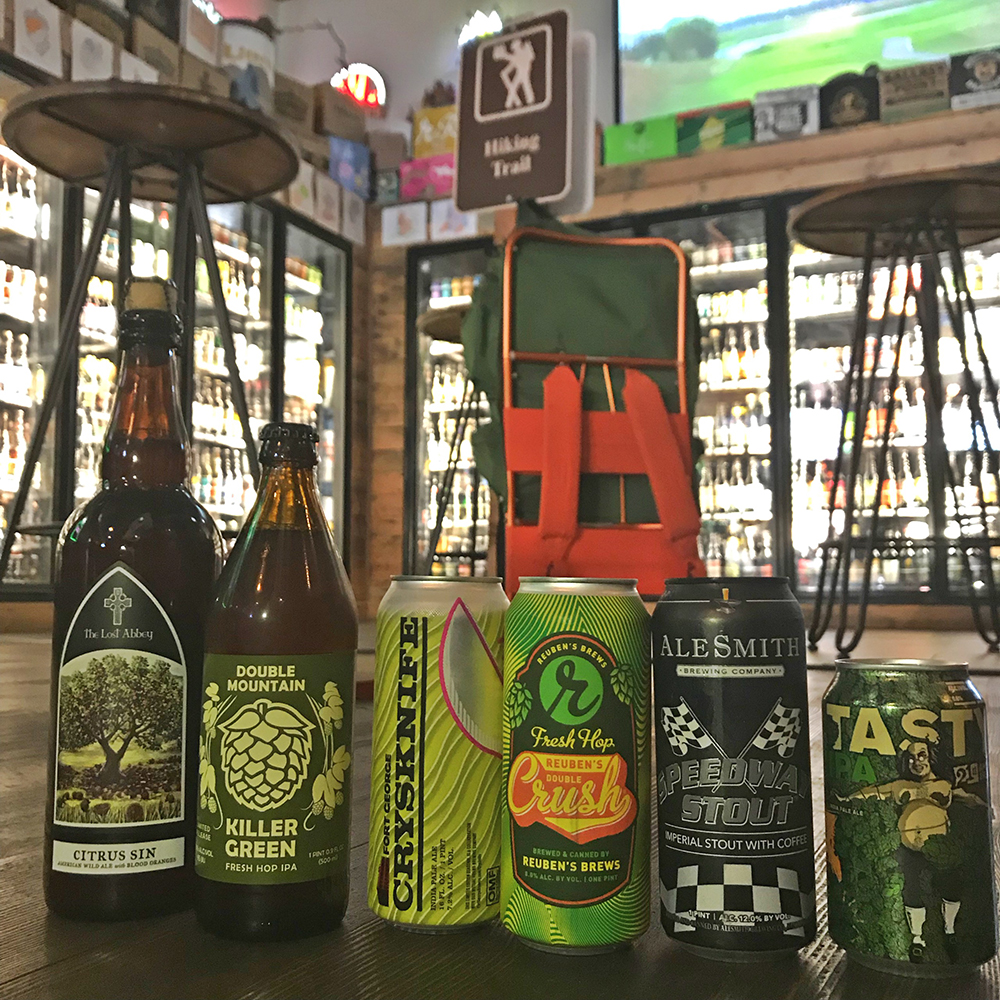 There likely won’t be any sandworms, but as you most likely know Tacoma native Frank Herbert, best known for the hugely popular Dune science-fiction novels, is getting a namesake park in his home town. The Metro Parks Tacoma Board of Commissioners approved naming an 11-acre waterfront site “Dune Peninsula at Point Defiance Park,” and a winding pedestrian loop being built on the same site the “Frank Herbert Trail.” The public space is currently under construction on land that once housed the former ASARCO copper smelting operation, next to the Tacoma Yacht Club boat basin. The new Dune park is expected to open early next year. Here are six craft beers in Peaks and Pints’ cooler, including one that salutes Herbert. …

CITRUS SIN, The Lost Abbey: Beginning with a base wild ale that evolved in oak foeders for more than a year, Citrus Sin was then transferred to freshly-emptied wine barrels where it matured for six more months. The barrel-aged wild ale was then combined with a fresh golden ale, with a bunch of blood oranges. Citrus Sin has notes of citrus peel that finishes bone-dry thanks to the Brett and oak tannins. 5.8%, 750ml

CRYSKNIFE, Fort George Brewery: A crysknife was a knife whose blade was made from the tooth of a dead sandworm of Arrakis. It was the weapon of choice for Arrakis denizens, Fremen, a group of people in the fictional Dune universe created by Tacoman Frank Herbert. Fort George’s Crysknife is a New England-style IPA brewed with the Astoria brewery’s BFF, Denver’s Our Mutual Friend Brewing. It’s a mélange of fruit and spice from Mosaic, Azacca, Vic Secret and Amarillo hops. 7.2, 16oz

KILLER GREEN, Double Mountain Brewery: Straight from Sodbuster Farms in the Willamette Valley come Brewer’s Gold and Simcoe hops straight from the bine to the boil for initial bright evergreen, red fruit and blood orange flavors that finishes will all the juicy pine and slight herb. 7.6%, 16.9

TASTY IPA, 21st Amendment Brewery: Tasty is back in the house — 21st Amendement’s tribute to noted homebrewer Mike “Tasty” McDole. The hop forward creation, spawned from test batches of Tasty’s own home brews, features Citra and Mosaic lupulin powder with Ekuanot hop pellets for flavors and aromas of tropical stone fruits and pine, with a hint of spiciness. 6.8%, 12oz