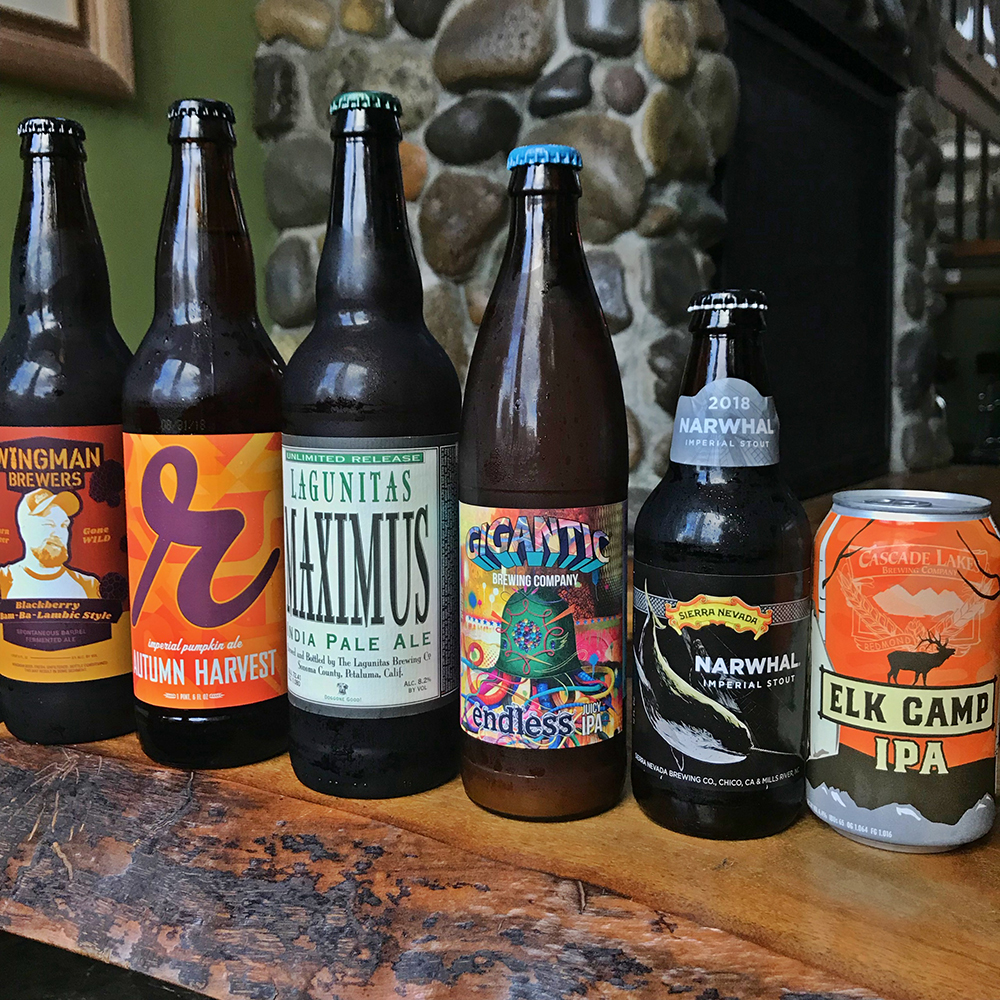 If you you’re willing to hike in a six-pack of craft beer, by all means, stuff them in your pack before you leave, and when you get to camp, bury them in a creek or a snowbank for a few minutes and cool them down (but make sure they don’t float downstream). And be sure to take your empties with you when you leave.

AUTUMN HARVEST, Reuben’s Brews: The hard truth is that pumpkin alone doesn’t taste like much when fermented into beer. Rather, the flavors we think of as “pumpkin” in beer comes from the spices, and Reuben’s Autumn Harvest is packed with a whole pie’s worth of spice, plus toasted nuts and sweet malt. 8.7%, 22oz

BLACKBERRY BAM-BA-LAMBIC, Wingman Brewers: This is the first beer the Tacoma brewery poured into its koelschip (pronounced “coolship”), which is a hollowed Lebanese cedar log where the lambic was cooled while Tacoma wild yeast and bacteria inoculated it. Next, it was aged two years in oak. Last, all the Pacific Northwest blackberries. 6%, 22oz

ELK CAMP IPA, Cascade Lakes Brewing: Elk are aggressive animals. Females can be particularly aggressive in the spring and males during the fall, but both are dangerous year-round. The best way to keep from being charged by an elk is to avoid attacks in the first place. Remain safe inside Peaks and Pints drinking this hazy, juicy, dry hopped IPA hits the tongue with orange and pine, plus more hops that the typical hazy IPA. 6.4%, 12oz

NARWHAL IMPERIAL STOUT, Sierra Nevada Brewing: As black as midnight, Narwhal is one of the driest imperial stouts you’ll come across. Roasty, too, but with an uncharacteristically wave of deep, dark fruitiness, ending in medium-high bitterness and substantial alcohol burn. The sweetness and hops are moderate and just enough to blend in with the dark fruit, chocolate and coffee flavors and aromas, to keep a balance. A slight touch of extra bitterness at the end, and no alcohol aftertaste or hotness, help leave a clean finish. 10.2%, 12oz