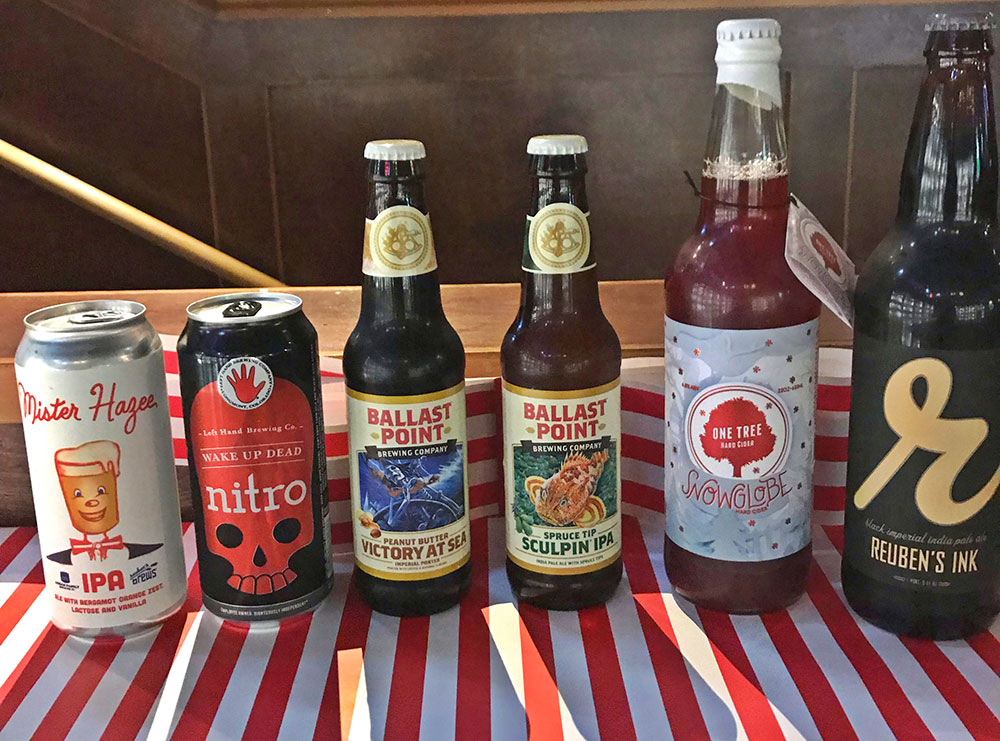 Here are six beers and ciders in the Peaks and Pints’ cooler for enjoy during tonight’s Seahawks game — whether you’re watching on our 130-inch big screen or at your home.

MISTER HAZEE, Reuben’s Brews: According to the Internets, a bergamot orange is a fragrant citrus fruit the size of an orange, with a yellow or green color similar to a lime, depending on ripeness. Genetic research into the ancestral origins of extant citrus cultivars found bergamot orange to be a probable hybrid of lemon and bitter orange. That’s all fine and dandy, but it’s a delicious addition to Reuben’s collaboration with Urban Family Brewing — the creamy, hazy Mister Hazzee IPA that also sees the likes of orange zest, lactose and vanilla. Aroma is of an orangesicle and the taste follows. 7%

SNOW GLOBE, One Tree Hard Cider: Who doesn’t love glitter? It’s nearly impossible to get out of your cleavage after a night on the town, but it’s festive as hell. And now thanks to edible glitter, your digestive system can be as sparkly as your 1990s eye shadow palette. Snow Globe is a delicious spiced cider with glitter. We recognize the clove and cinnamon, but the glitter seems like a handful rather than a full dance floor dump. 6.6%

WAKE UP DEAD NITRO, Left Hand Brewing: Nitro dates back to 1959 with Michael Ash, a scientist working for Dublin’s Guinness Brewery, discovering that nitrogen wasn’t as soluble as CO2, giving the stout a smoother, complex and more nuanced mouthfeel. Today, Left Hand leads the nitro world with a bunch of creamy delights, including Wake Up Dead Nitro — a beast of an imperial stout that tastes like a cross between chocolate milk and Jägermeister, 10.2%