Peaks and Pints Pilot Program: Wet Hops On The Fly

Today marks the last day of Peaks & Pints’ annual Fresh Hoptoberfest — a monthlong celebration of Oktoberfest and fresh hop beers on tap, although both styles will still be found on Peaks’ Western red cedar tap log for several more weeks. Since we received another shipment of fresh hop beers, we suggest you take home another round of freshies in our to-go flight, Peaks and Pints Pilot Program: Wet Hops On The Fly.

What are wet-hop beers? Simply put, they’re brews made with hops that are pulled off the bine and go straight into the kettle. Most of the hops used by U.S. breweries are cultivated in Oregon and Washington. For the most part, these hops are dried and processed before being sold to professional and amateur brewers, which affects the flavor punch. With wet hops — or fresh hops as they’re moist widely known — drinkers can expect more hoppiness, more aroma and more flavor — kind of like cooking with fresh herbs and spices instead of something that’s been on the shelf for a while. Wet-hopped beers are best consumed ASAP; let’s drink six today. 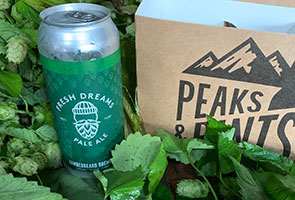 Peaks and Pints Pilot Program: Wet Hops On The Fly 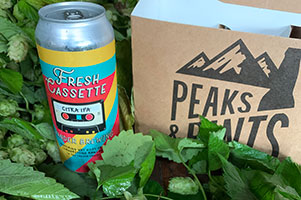 A former “Best In Show” at the Fresh Hop Ale Fest in Yakima, Wander Brewing’s Fresh Cassette IPA offers fresh wet Citra cones from Cornerstone Ranches. This is the year’s most sought-after mixtape with 350 pounds of freshly picked wet hops popping off dense layers of candied tangerine, sweet grapefruit, and straight Tang powder. Loads of unmalted wheat provide a soft, round mouthfeel to this hazy IPA. 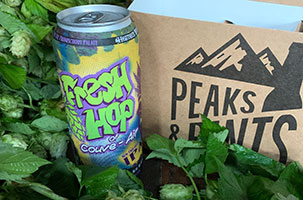 Heathen Brewing made another batch of their semi-hazy Fresh Hop of Couve-Air IPA with fresh Citra hops from B&D Farms in Oregon’s Willamette Valley. Fresh Citra hops impart delicate flavors of lemon, lime, and grapefruit along with earthy, spicy notes. 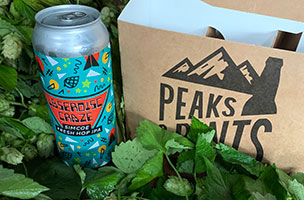 Brewed with Varietal Beer in Sunnyside, Washington, this modern west Coast IPA is made with 400 pounds of fresh Simcoe hops from Carpenter Ranches in the Yakima Valley. Expect sweet strawberry notes up-front followed up by sticky pine and citrus. 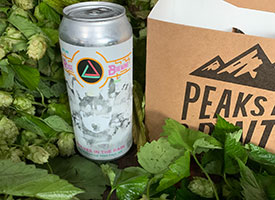 Ruse Wolves In The Rain 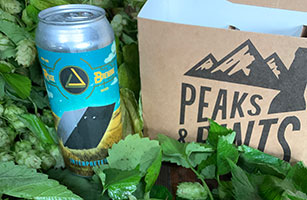