Peaks and Pints Pilot Program: Fresh Citra on the Fly

Hop Breeding Company of Yakima, Washington released Citra in 2007. It wasn’t until Sierra Nevada Brewing Co. dry-hopped its Torpedo IPA two years later that the hop turned heads. Citra Brand HBC 394, as its officially known, is comprised of Hallertau Mittelfrüh, US Tettnang, Brewer’s Gold and East Kent Golding with a fairly high alpha acid and total oil contents, plus a low percentage of co-humulone for bittering. Bittering is cool and all, but Citra’s organoleptic profile and chemical composition lend themselves overwhelmingly to aromatic and flavor additions of citrus and tropical fruits. Fresh Citra hops impart delicate flavors of lemon, lime, and grapefruit along with earthy, spicy notes, which makes up our to-go beer flight today, Peaks and Pints Pilot Program: Fresh Citra on the Fly.

Peaks and Pints Pilot Program: Fresh Citra on the Fly 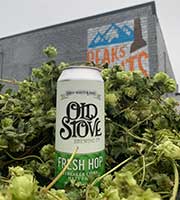 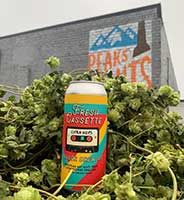 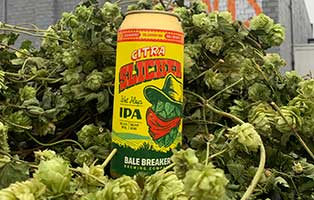 This is the sixth release of Bale Breaker Brewing’s award-winning Citra Slicker, a collaboration with Cloudburst Brewing. Heavily dry-hopped yet light in color and body, this beer is all about these fresh, farm-grown Citra hops. Expect all the citrus with hoppy bitterness and a clean finish. 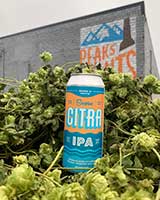 The Citra hop variety stands on its own in this single fresh hop IPA. The name says it all with tons of lemon, orange, tangerine and lime in both flavor and aroma. For the fresh hopped version of Seapine Brewing’s Citra IPA they packed in 6.66 pounds per barrel of fresh Citra hops picked the morning of brew day further amplifying its aroma and flavor without overwhelming bitterness or heat. 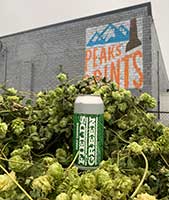 Fort George Brewery’s evolving series is, “an exploration of hop-perceptions, pushing the limits of your lupulin receptors. Each batch is limited and brewed exclusively for the Pacific Northwest. Once a year we are able to brew a wet hop version.” For 2020, the Astoria brewery chose fresh Citra hops from Coleman Agriculture. It’s dank AF with juicy, fragrant, slightly bitter grass and subtle tropical notes. 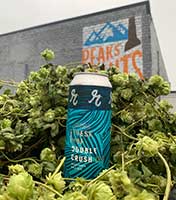 Reuben’s Brews Fresh Hop Double Crush Imperial Hazy IPA is brewed with a literal truckload of fresh Citra hops from Perrault Farms in the Yakima Valley. It’s a well-balanced fresh hop with loads of citrus and some nice resinous character to the aroma and flavor profile. In other words, expect sweet juicy dankess.