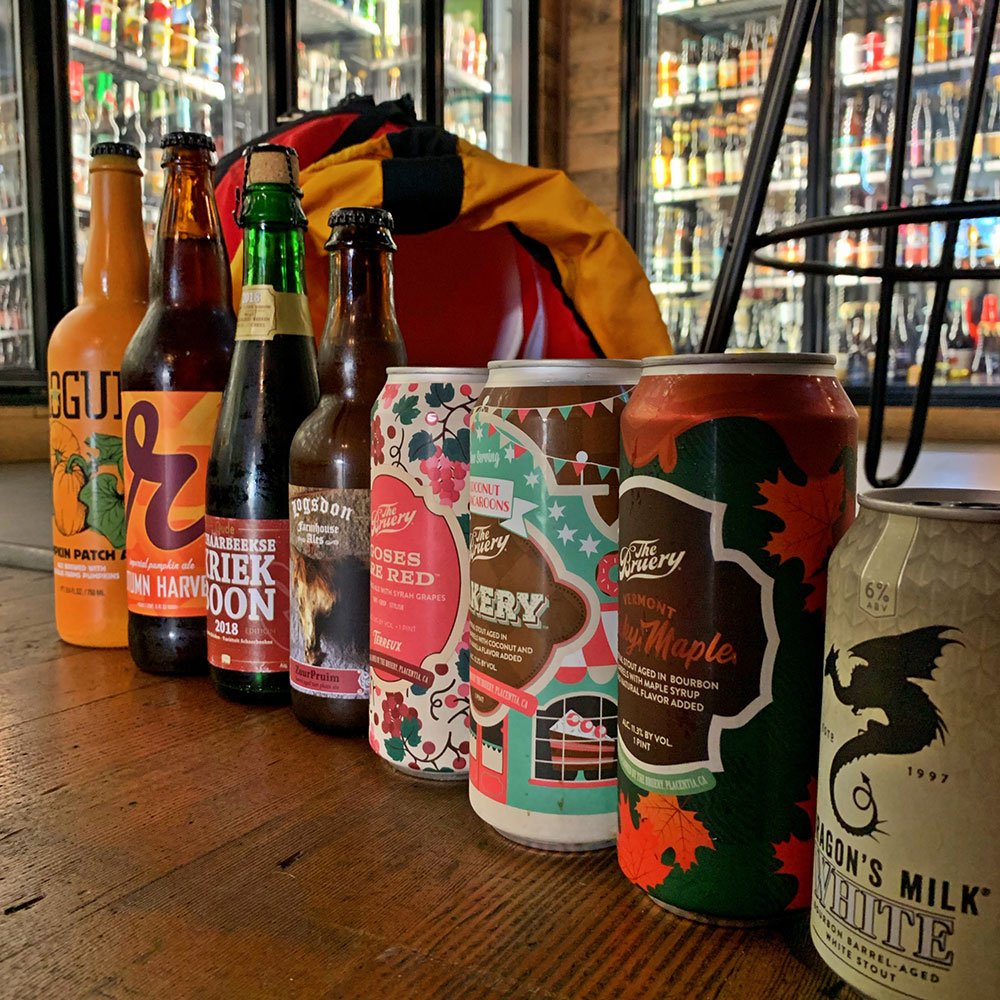 This is it, we’re in the middle of a three-day weekend we’ve been waiting for since the Fourth of July went by in a blur of hot dogs, craft beer and small explosions (both black-powder powered and hot-dog powered, thankyouverymuch). Will you while away your extra day on the couch, or will you get out and partake in the Great Outdoors? Whatever your fancy, Peaks and Pints New Beers In Stock 9.1.19 has the goods. Cheers!

ZUURPRIUM: Logsdon‘s Mixed culture farmhouse ale aged in neutral oak on Japanese plums, blended with a small amount of barrel aged spontaneous beer. Oh, and ZuurPrium earned back to back gold medals at the Oregon Beer Awards, as well as a silver medal at 2017 GABF and silver medal at 2018 World Beer Cup. 8%

DRAGON’S MILK WHITE STOUT: Expect the same flavor notes as New Holland‘s original bourbon barrel-aged stout, but with a hazy golden color. Caramelized sweetness and light bourbon nuances hit the nose. Equally as sweet to the tongue as it is to the nose, a vanilla, cashew and praline flavor coats the mouth with malt sweetness. As a light char rises, its roasty presence is of lighter and more nutty coffees with milk chocolate hints here and there. Light on hops, the finish is sweet, creamy and laced with softer coconut flavor. 6%

AUTUMN HARVEST IMPERIAL PUMPKIN ALE: This imperial brew is everything pumpkin beer lovers enjoy: A sweet, chewy, delightful ode to the sensation of being warm and cozy in the fall. Spice notes compliment the rich, pumpkin mouthfeel. Reuben’s is a true friend to fans of the style, and is clearly committed to brewing with class and creativity. 8.7%

PUMPKIN PATCH ALE: Pumpkin were planted in late spring alongside the Rogue Farms hops, jalapeños, marionberries and buzzing honey bees. As soon as they were picked, the pumpkins were driven to the Rogue Brewery in Newport, Oregon just 77 miles away. The pumpkins were hand-chopped and seeded, roasted in pizza ovens, and pitched fresh into the brew kettle along with vanilla bean, ginger, cardamom, cloves, cinnamon, nutmeg, orange peel and Rogue Farms Independent hops to create Pumpkin Patch Ale. 6.1%

GOSES ARE RED: Stylish funky, crisp and tart gose ale inspired by the soft sweetness of a rosé wine, thanks to time spent in an oak foeder and the addition of Syrah grapes, 5.6%