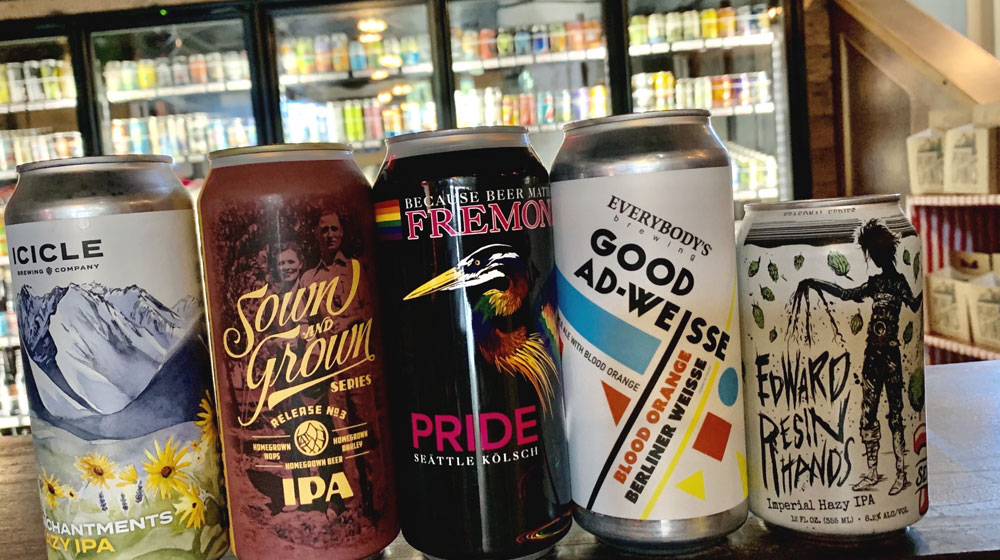 Did you have to ask what day it is? Peaks & Pints did. In six months this year has produced all sorts of hard times. We’ll never get back the past three months. Let’s remain positive and enjoy some delicious beers this weekend. Peaks and Pints New Beers In Stock 6.13.20 features returning seasonals, next installments in series and brand new beers. Cheers!

SOWN AND GROWN #3: The third beer in Bale Breaker’s Sown and Grown series, this IPA features their homegrown Pilsner malt and homegrown HBC 344 hops for bright, aromatic citrus and melon and stonefruit flavors.⁠ 6.8%

PRIDE KOLSCH: This celebratory Kölsch wraps a rainbow flag around the entire state via cans and draft. Net proceeds are donated to Seattle’s GSBA Scholarship Fund and The Rainbow Center. Camp Ten Trees. In regards to the Kölsch, this year’s sessionable brew has fruit-forward and intense Mosaic hops to complement the rich, bready Skagit Valley malts and wheat. 5.5%

ENCHANTMENTS HAZY IPA SERIES – DRAGONTAIL: This is the third in the Leavenworth brewery’s year-round Enchantments Hazy IPA series, naming this hazy IPA after Dragontail Peak, an iconic peak inside the Enchantments area, a part of the Alpine Lakes Wilderness. It is brewed with copious amounts of Sabro, Mosaic and Citra hops for intense notes and aromas of tropical fruit, stone fruit and citrus, balanced by a slight hint of cedar. 6.7% (Argh! Icicle Brewing‘s Toketie version is actually pictured! well, we have both, which is very good news.)