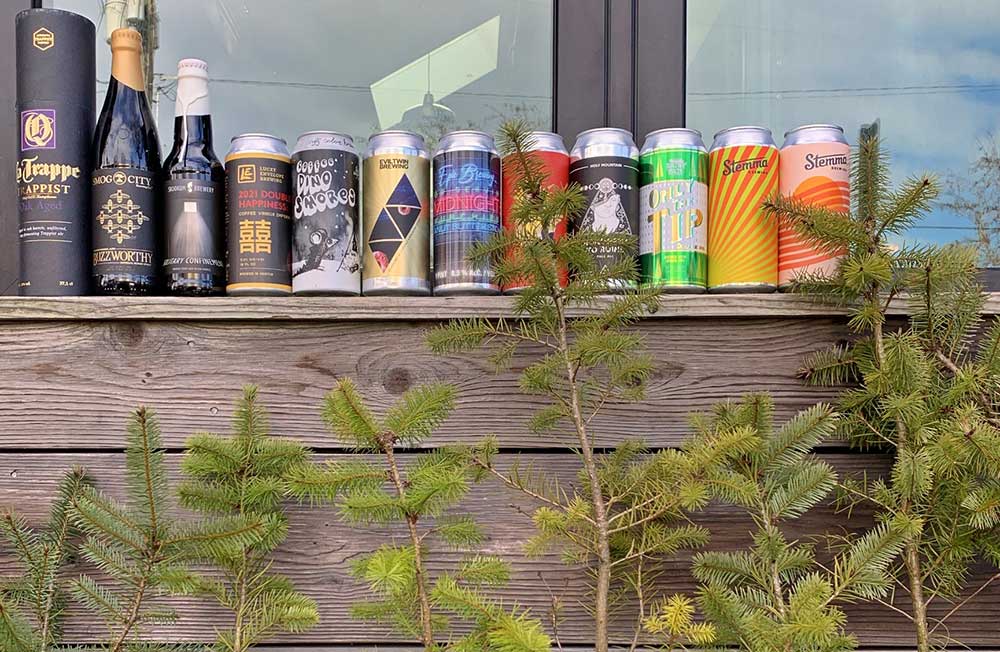 Peaks and Pints New Beers In Stock 2.25.21 has beer for your weekend. Cheers!

Epic Brewing Midnight Munchies Peanut Butter Stout: The thick and rich peanut butter is stabilized by the smooth bitterness brought on by the dark 2-Row, Crystal, and Marris Otter malts, creating an equilibrium with a viscous mouth feel followed up by a smooth and sweet aftertaste, 8.5%

La Trappe Quadrupel Oak Aged Batch #33: In 2009, an old tradition was reinstated by aging La Trappe Quadrupel in oak barrels, thus creating a unique Trappist ale with a perfectly balanced flavor, and special aroma of wood. The complex taste depends on the type of barrel in which it is aged and therefore, each batch is different. This batch spent 2 years maturing in Kentucky bourbon whiskey barrels for pronounced notes of bourbon in the nose and palate. As the beer warms up, the taste of the oak becomes more pronounced, the beer becomes richer in tannins and a soft note of vanilla creeps in, 11%

Rainy Daze Brewing Only The Tip: Double IPA brewed with Mosaic, Citra, Cascade and handpicked Sitka spruce tips for bold aromas of strawberry, raspberry, and a touch of pine, 8.8%

Skookum Brewery Vanilla Solitary Confinement: This batch is comprised of 66.6 percent imperial stout aged 16 months in Woodford Reserve Bourbon barrels and 33.3 percent aged for 11 months in Woodinville Whiskey Bourbon barrels, then finishes on a heap of whole vanilla beans (twice as many as the previous batch) for notes of toasted marshmallow, bourbon-soaked lady fingers, oaky chocolate, and roasty malt, 12%.

Smog City Brewing Buzzworthy: A collaboration with Moonlight Meadery, this award winning bourbon barrel-aged imperial honey stout is brewed with more than 600 pounds of rare Meadowfoam buckwheat honey for toasted marshmallow, oak, vanilla, and chocolate flavors are all crammed into this complex beer, 12.5%