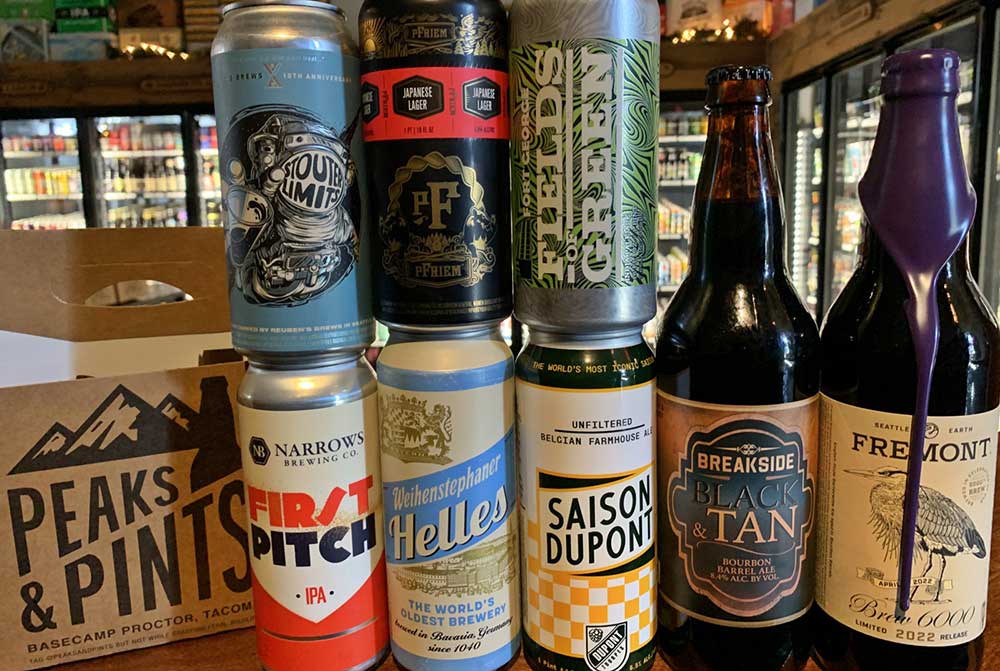 How about a glorious Tuesday cooler check to restore your faith in beer after going too hard watching the Championship game last night? Peaks and Pints New Beer in Stock 4.5.22 has some newly arrived treasures, so let’s jump on in!

Breakside Brewery Black & Tan: Take on this age-old idea veers featuring a bourbon barrel-aged stout as the “black” component with the “tan” is made from young golden beer and some bourbon barrel-aged Scottish ale for a 40/60 blend of aged and young or a smooth, sweet and boozy-ish beer, 8.4%

Fort George Brewery Fields of Green (Viollette): Violetta is the latest release in the rotating Fields series, this version is less hazy than normal, but just as good with Citra, Waimea, Talus, and Mosaic hops for juicy, tropical notes and just a touch sweet, 7.6%

Reuben’s Brews Stouter Limits: This imperial stout is the fourth release in Reuben’s 10th Anniversary Collaboration Series, a collaboration with the Homebrewers Guild of Seattle Proper — the homebrew club where Reuben’s co-founder Adam Robbings cut his teeth — brewed with literally tons of malt with a super long boil for thick, heavy, rich, and boozy beer, 12.5%