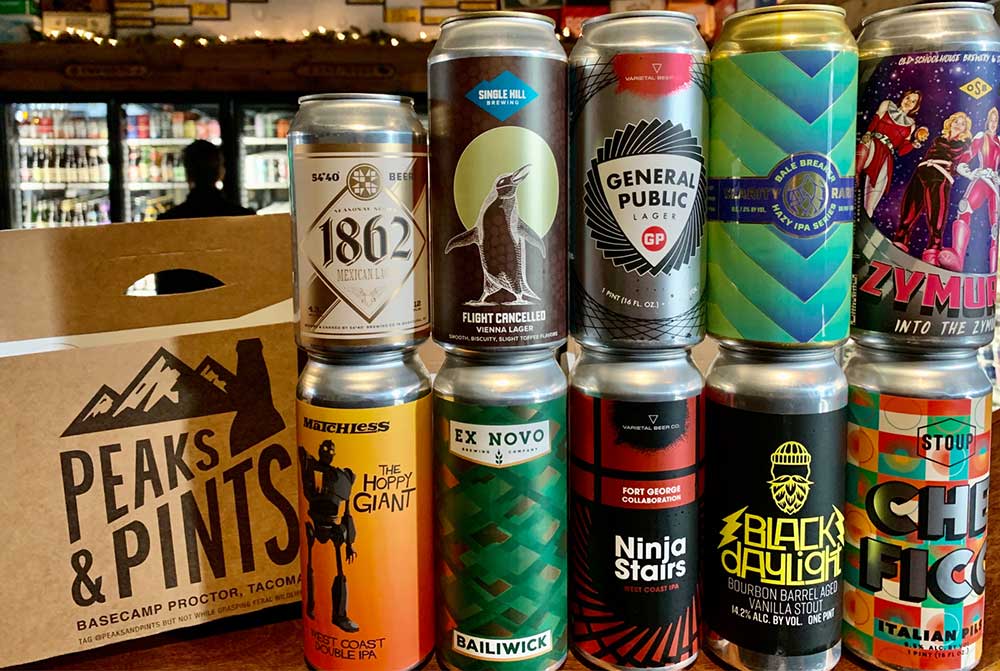 What are you drinking during this rainy weekend? Peaks & Pints has new beer in our cooler!

Varietal Ninja Stairs: Collaboration with Fort George Brewery, this West Coast IPA is brewed with Washington-grown Genie barley from LINC Malt, whirlpool and dry hopped with Chinook Incognito and Ekuanot Lupomax, plus Nelson Sauvin in the dry hopper too, 7.5%