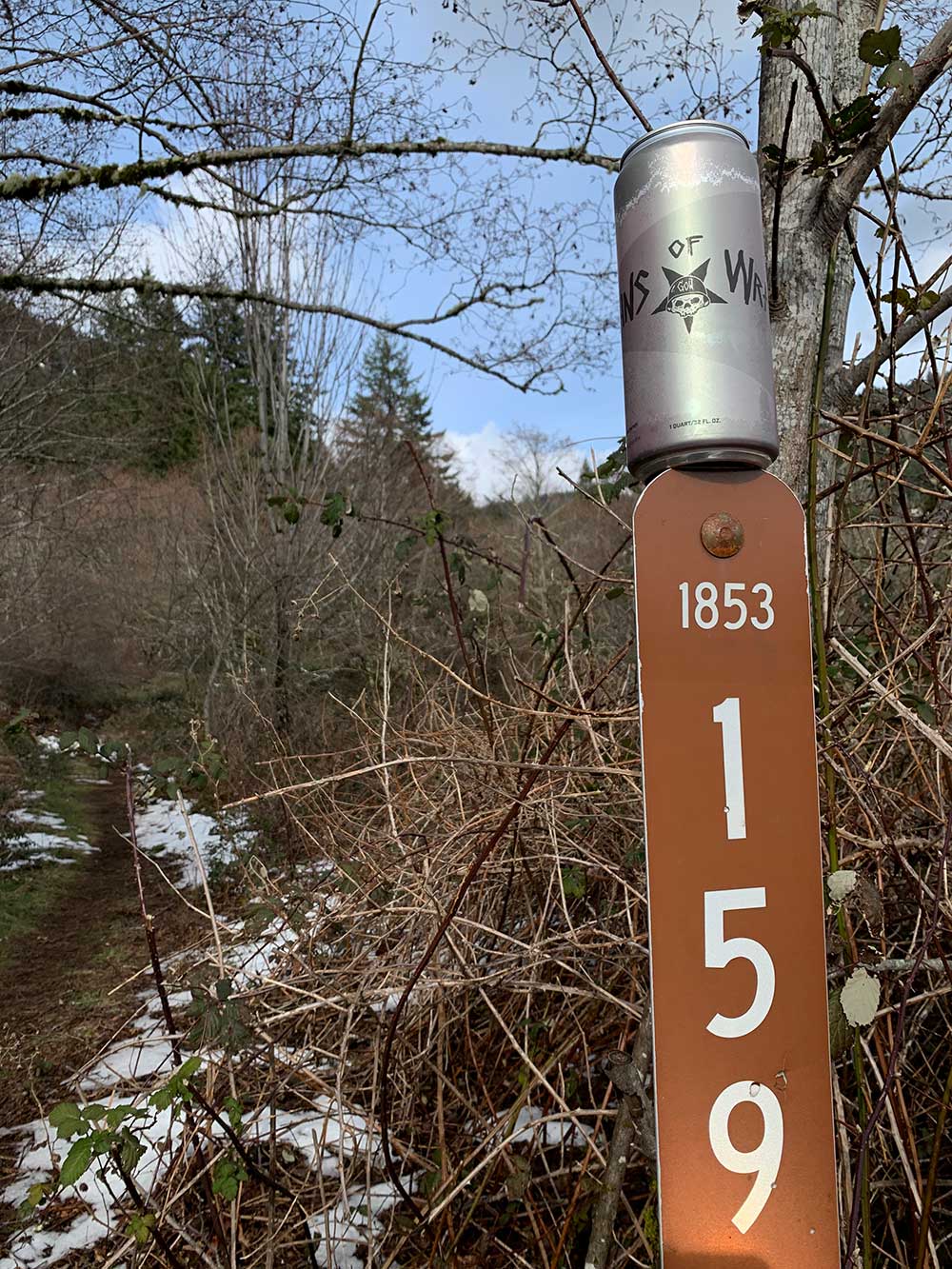 Grains of Wrath Brewing Chainsaws N’ Boomsticks was nominated as a eighth seed in the Southern Washington Region in the Peaks & Pints Tournament of Beer: NW Double IPAs, which will begin April 2, 2021. The tournament bracket will be released soon. In the meantime, we suggest you enjoy Peaks and Pints: Grains of Wrath Chainsaws N’ Boomsticks and Archer Mountain combo with your friends.

The metal movement has an outsider ethos and no-holds-barred authenticity that appeals to many brewers, including Grains of Wrath Brewery co-owner and Brewmaster Mike Hunsaker. For his double IPA, Hunsaker tweaked the name of Disney’s Bedknobs and Broomsticks witchcraft versus Nazis 1971 film into the metal version, Chainsaws N’ Boomsticks. Just kidding, chainsaws and boomsticks are the weapons used by Ash in The Evil Dead film. Either way, the delicious double IPA has flavors and aromas of pineapple, lychee, and papaya.

Let’s Break It Down: 9% ABV • Originally brewed for the Washington Hop Mob • Hunsaker cut his teeth as a homebrewer and by working for breweries in Chicago and Cleveland, before relocating to Portland in 2014 to become the head brewer at Fat Head’s Brewery. Fat Head’s closed, which lead to Hunsaker opening his new punk and metal inspired brewery Grains of Wrath in Camas, Washington

There isn’t much direction on Archer Mountain. There isn’t a trailhead sign at the end of Smith-Cripe Road, but it’s the High Valley Trailhead. We hiked the road bed (formerly Forest Road 1853), and passed around a gate above a forest of Douglas fir. After walking through the west side of an open field, we approached a thicket where the trail forks. We went left and ran into a bushwacking situation, and headed back to the fork. The High Valley to Archer Falls trail isn’t open to the public so stay right at the fork on the Arrow Point Trail. In about a tenth of a mile we saw a small, unofficial 159 sign for the Archer Mountain Trail heading downhill to the right. After crossing Archer Creek, the trail climbed with multiple switchbacks before crossing a steep hanging meadow rimmed by oak trees. We headed straight and climbed steeply up the slope. The trail dipped under Doug fir until we reach the burned area from the 2017 fire and a viewpoint for views across the Columbia River, the Bonneville Dam, and Hamilton Mountain.

Back at the janky trailhead, we divvied up the Grains of Wrath Chainsaws N’ Boomsticks and felt lucky we didn’t get lost, let alone slide off the mountain. We discussed Finch R. Archer, an Englishman who was granted title to 178 acres at the foot of the mountain in 1901. He had been special agent to the Quinault Indian Reservation and was later appointed as warden of the infamous McNeil Island Penitentiary in Puget Sound. We discovered Archer Mountain was the only area on the Washington side of the Columbia that was burned during the 2017 Eagle Creek Fire. We reminisced over how much we loved the IPAs at Fat Head’s Brewing when Hunsaker brewed there, before it closed. 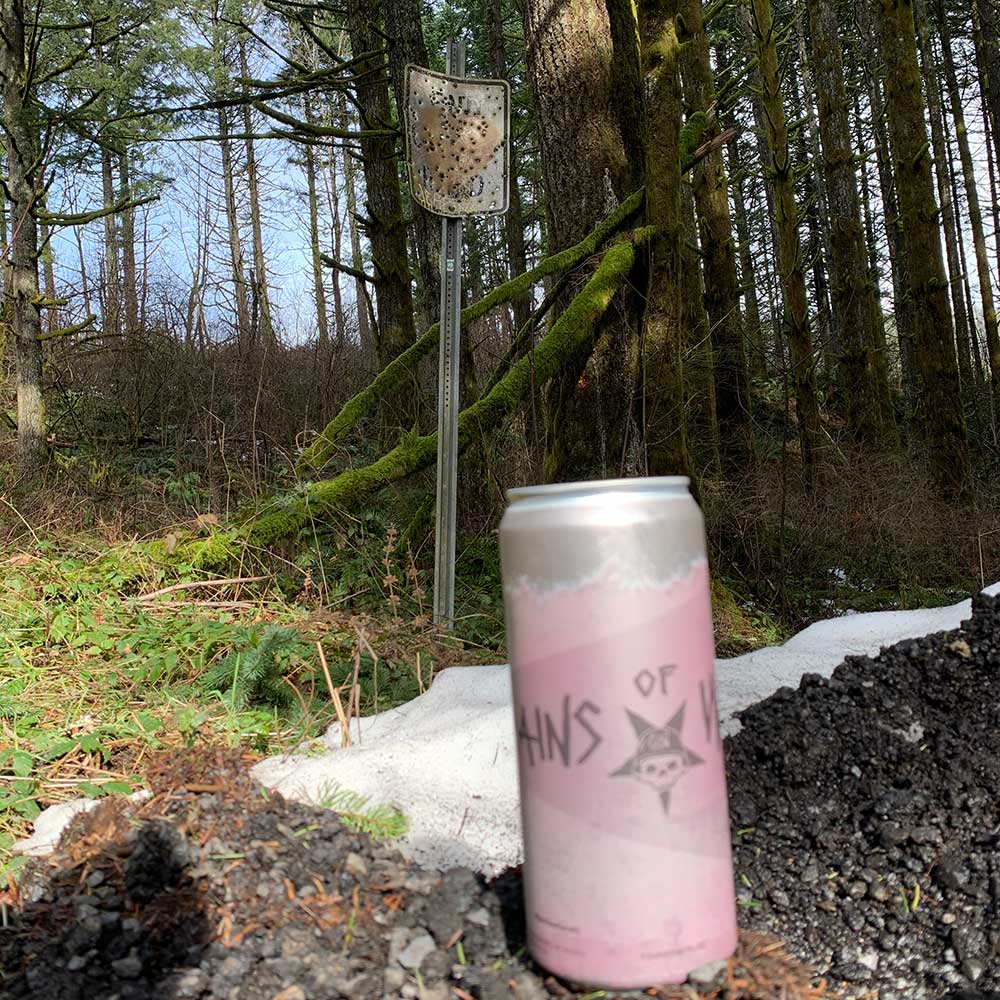 Take Highway 14 passing Camas and Washougal, before turning left onto Smith-Cripe Road. Drive up this narrow but paved road for one mile, and come to the junction with Sneider Banks Road. Bear right here, and proceed another half mile on broken pavement to a large parking area at an “End County Road” sign perforated with bullet holes.