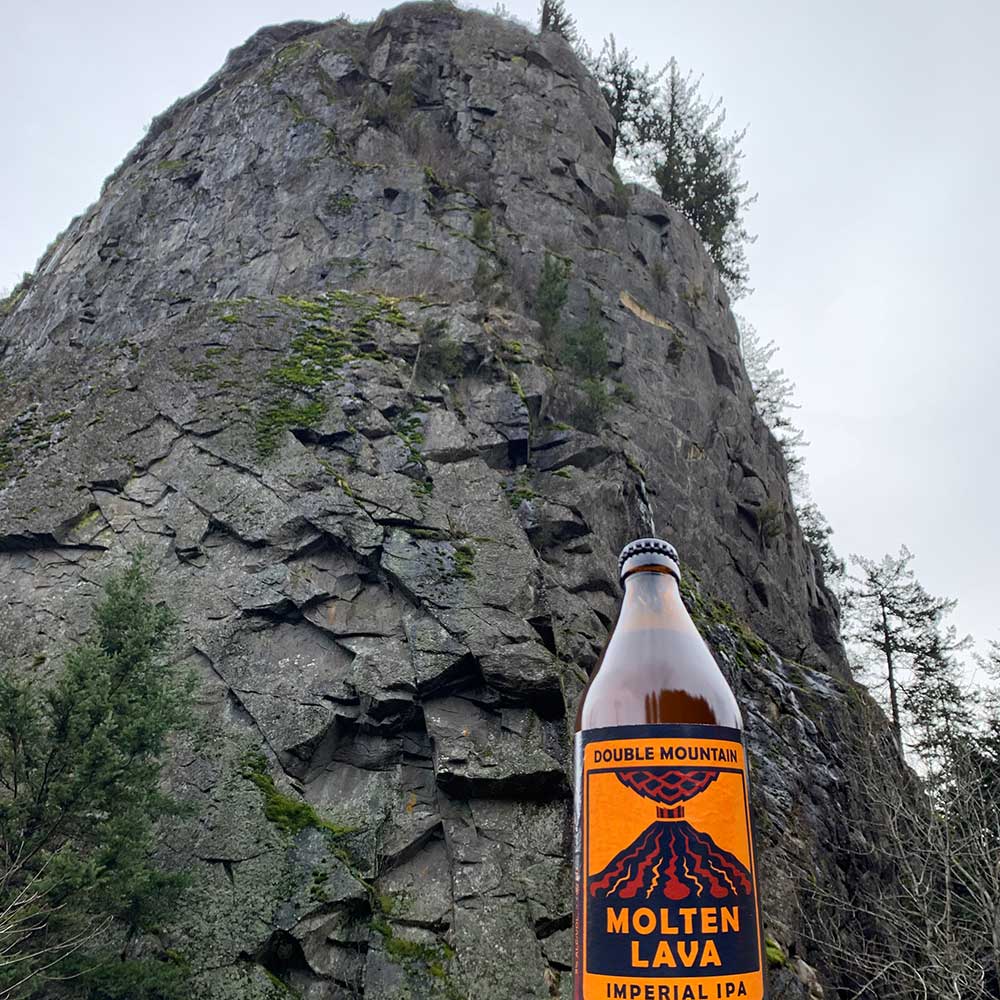 Double Mountain Brewery Molten Lava IIPA was nominated as a 14th seed in the Northern Oregon Region of the Peaks & Pints Tournament of Beer: NW Double IPAs, which will begin April 2, 2021. The tournament bracket will be released soon. Since we’re not touring breweries to preview the tournament this year, we suggest you enjoy the beer as a Peaks and Pints: Double Mountain Molten Lava and Beacon Rock pairing.

Molten Lava IIPA is Double Mountain’s most aggressive IPA, yet it somehow manages a considerable balance. Orange, pineapple, and fruited pine trip over themselves trying to push their way through the lava tube. Out in the open, the assertiveness evens out into juicy citrus and remains light on the tongue. 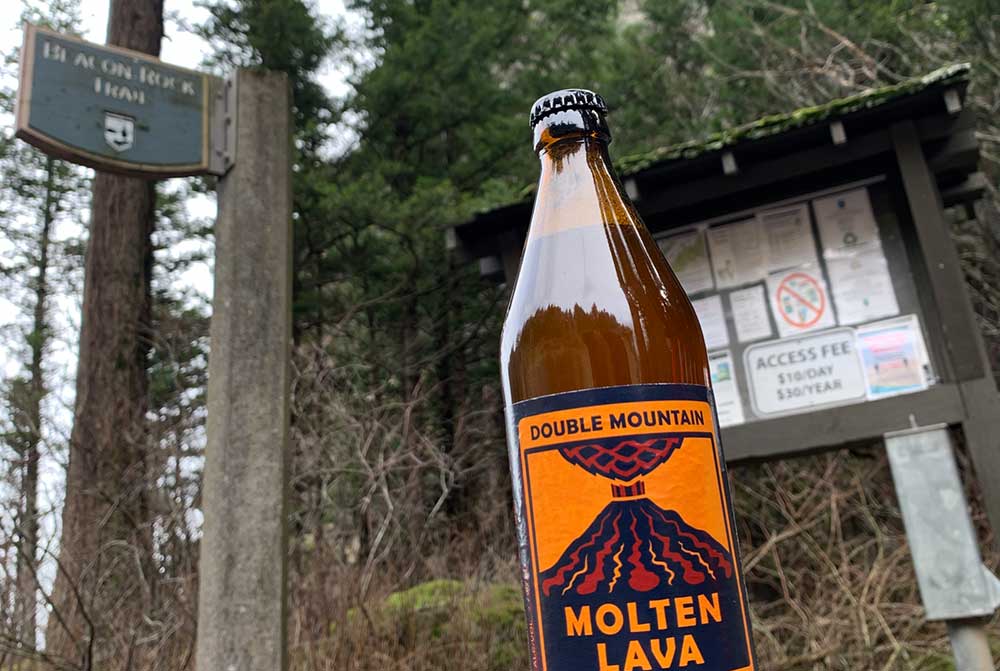 Climbed year-round, Beacon Rock, named for its brilliant, prominent stature, jets up nearly 1,000 feet. The monolith, which sits right on the Columbia, was originally named by Lewis and Clark and can be climbed in less than 30 minutes. In 1915, Henry Biddle bought the volcanic plug for $1 and spent the next few years creating the hiking trail that consists of 17 bridges and 54 switchbacks. Once at the top, you’ll have brilliant views of the Columbia and the mountains that make up Oregon’s side of the gorge.

Sadly, the Beacon Rock Trail is currently closed due to social distancing issues. Peaks & Pints has hiked the trail many a time, including one outing when we enjoyed a post Beacon Rock hike Molten Lava pint at Double Mountain to say we drank lava after hiking the core of an ancient volcano. Over thousands of years, hundreds of massive floods careened through the Columbia River Gorge and carved away the volcano’s main structure, leaving only the Beacon Rock lava core. Of course, every Double Mountain visit isn’t complete without a slice of their truffle pizza.

From I-205 in Vancouver, drive east on State Highway 14 for 34 miles. The Rock is located on the south side of the highway.