What’s white and red and green all over? Steve Navarro driving fresh Mosaic hops back to his Pacific Brewing & Malting Co. today.

White is for his van and his knuckles as the Pacific Brewing & Malting Co. co-owner and director of brewing operations drove through downpours and construction from Hop Union in Yakima to his downtown Tacoma brewery early this afternoon.

Red is the color of his attractive Pacific Brewing logo gracing the side of his van, as well as all his on-point marketing.

Green is for the 150 pounds of freshly picked whole Mosaic hops he drove three-and-a-half hours from Yakima Chief – Hopunion to head brewer Bethany Carlsen waiting, with the base of the Fresh Hop Mic Drop already in progress.

Although the journey was harrowing at times, there was some comfort afforded to him by the hops.

“You almost get a natural high just breathing the hops,” Navarro said as he rushed the hops to the boil kettle. “The aroma is incredible. We’re blessed to live where we do.”

For the uninitiated, fresh-hop beers are made from whole hop flowers that are freshly harvested and put into the brewing process. If the brewer gets to them within a couple days of being picked, the hops release an oil that gives the beer a stronger, richer hop flavor. If you live in Washington state with 75 percent of United States’ hop acreage in Yakima Valley, the bine to brewery time is only a few hours, producing a beer smell that we imagine God’s beer smells like.

“That’s the exact smile Derek of Hop Union had as he loaded the hops in my van,” Navarro said as he pointed to Pacific Brewing assistant brewer Steven Brack who took a deep whiff of a snapped Mosaic cone. “Derek had a smile a mile wide as he predicted our beer will be amazing.”

“Was Derek this happy?” asked Carlsen with a cone in each nostril and each ear hole. Standing nearby, Click Wholesale Distributing sales executive Mike Bosold nearly snorted beer at the sight.

Although standard Carlsen comedy, she was in her 16th hour in the production room, preparing for Pacific’s second anniversary party Saturday. Brack and Carlsen were shoveling the spent 2-Row and Crystal 40 malt from the mash tun when Navarro arrived. One hundred percent Mosaic hops and White Labs 90 San Diego Super Yeast fill out the recipe. Navarro and Carlsen constantly communicate throughout the day, knowing that a construction delay or slick road accident could seriously foul up the Fresh Hop Mic Drop. At the hop farm, there wasn’t much time to chat with Derek or stretch road-weary legs. You load up the hops and turn around. 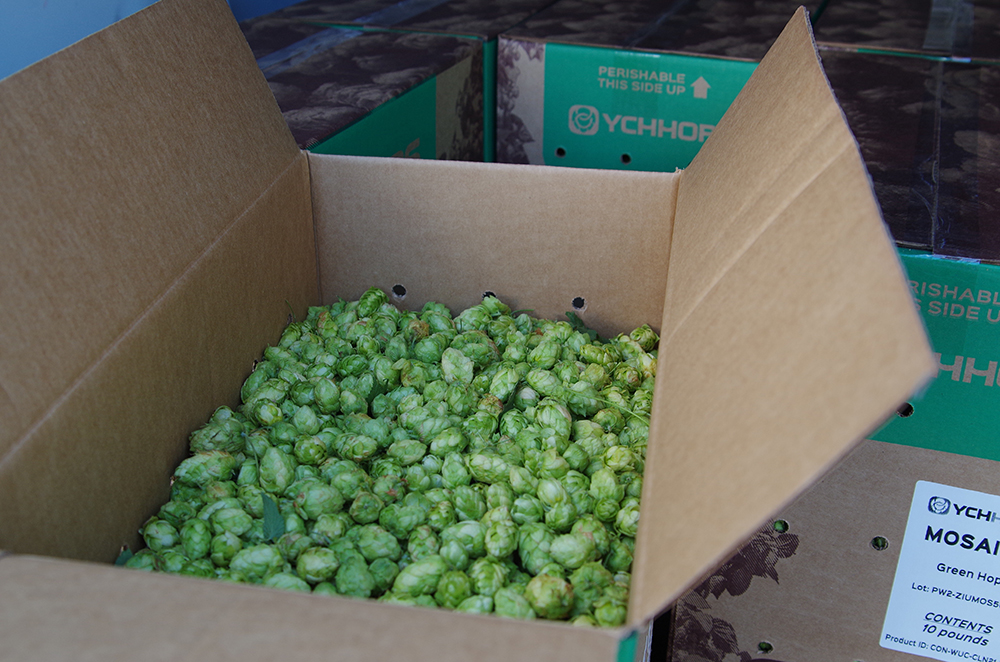 The Pacific brewers ran the boiled wort through a hop-back system full of the fresh hops, right before the wort is chilled, adding a punch of hops aroma and a little flavor. Hop backing also filters out the hot break (protein aggregation that makes the beer cloudy), resulting in a brighter beer.

“Weeell …” Steve hesitated, “we, meaning the Pacific Brewing & Malting team, were in Yakima and after a day of drinking fresh hops with a bunch of brewers we ended at The Sports Center bar. We met these Polish brewers who made American beer in Poland. And, the Polish brewers and us ended up on the karaoke stage just JAMMING to ‘Killing in the Name’ by Rage Against the Machine. I get really into it, screaming ‘I won’t do what you tell me!’ Over and over. Then, at the end of the song, I slam the mic on the ground and walk away. The music stops. The lights come on. Everyone runs out of the room, including the Polish brewers out the back door. The karaoke host, Big Ern — who is a massive dude — got in my face. He wanted to kick my ass. It became a heated exchange. That’s the story. My mic slam shut the place down.”

“C’mon, Steve, that’s not the end of the story. Tell the rest of the story,” demanded Bosold.

“We’re jawing back and forth,” Navarro continues. “And he’s complaining I dented the mic. I’m telling him it’s not dented. He says it will never be the same. I explained I use to manufacture microphones — you could run over it with a car and it wouldn’t bust. I start shouting ‘Check, check, check!’ into the mic. He grabbed it and screamed, ‘How would you like it if I came to your brewery and started smashing your glassware on the ground!’ I told him that I would kick his ass if he did that. He told me he’d kick my ass. Eventually his partners came over and kicked us all out. That’s my Yakima fresh hop story.”

Navarro almost became black and blue all over.

We’ll give a shout when the Fresh Hop Mic Drop drops. 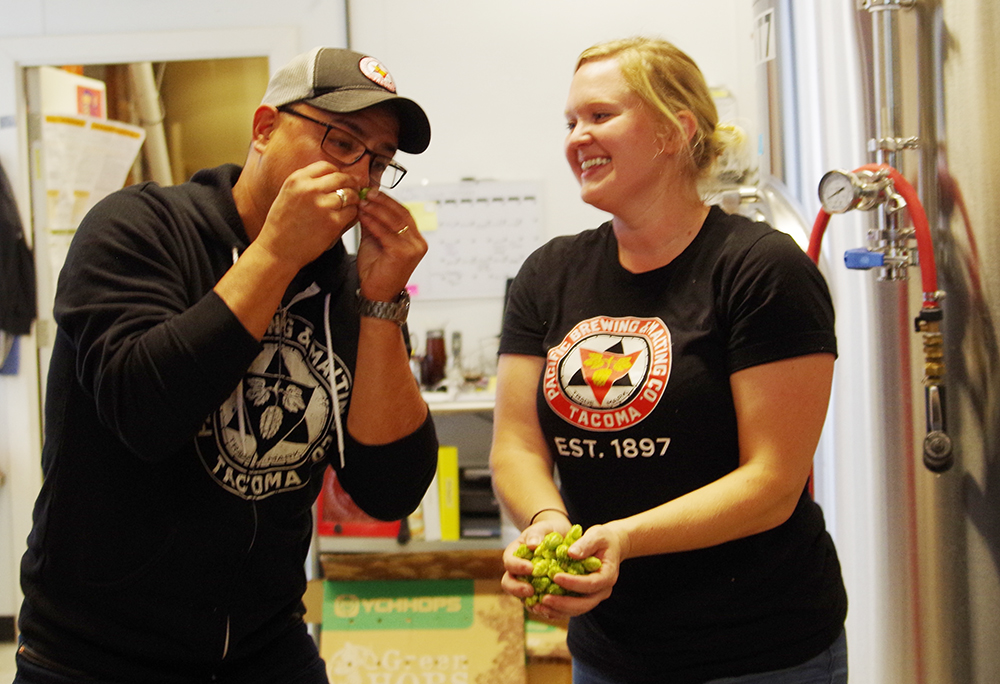 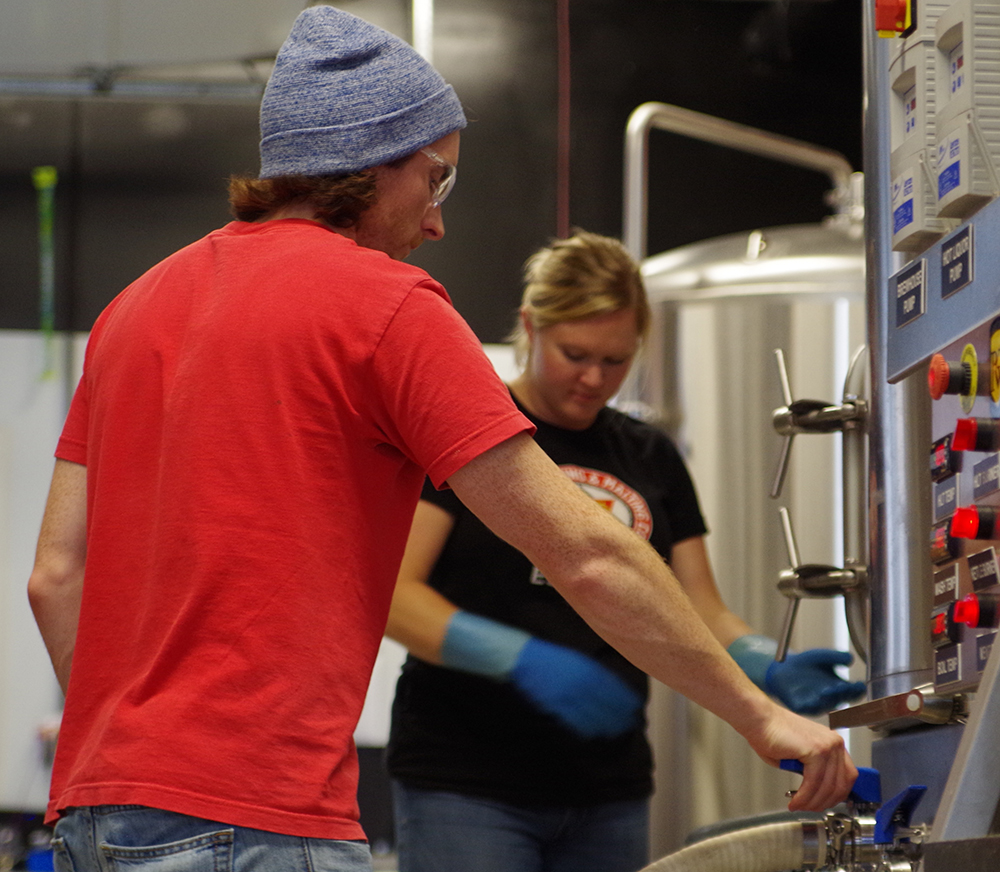 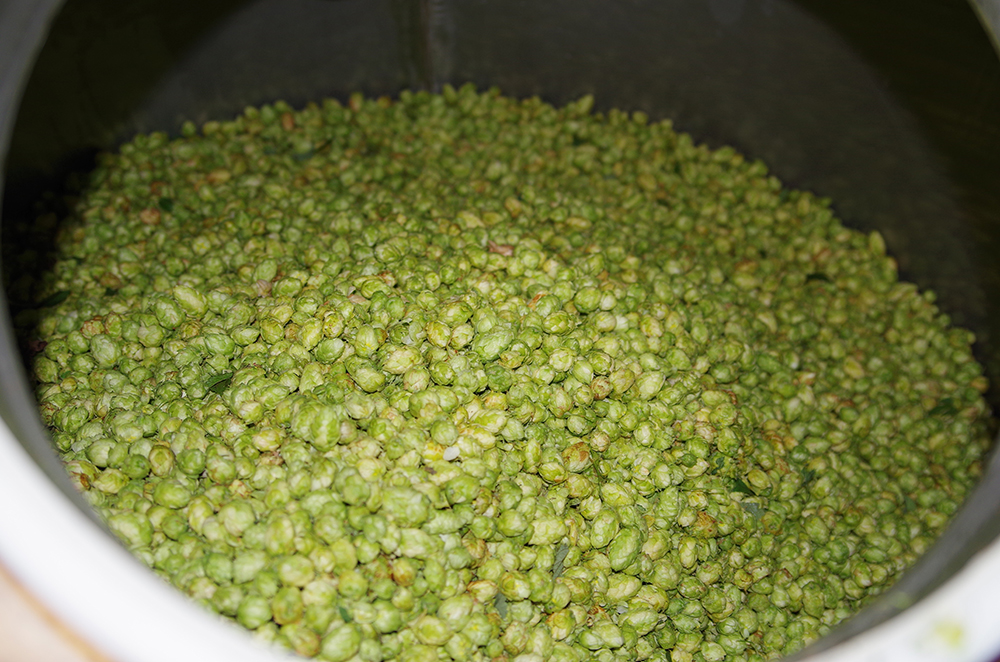