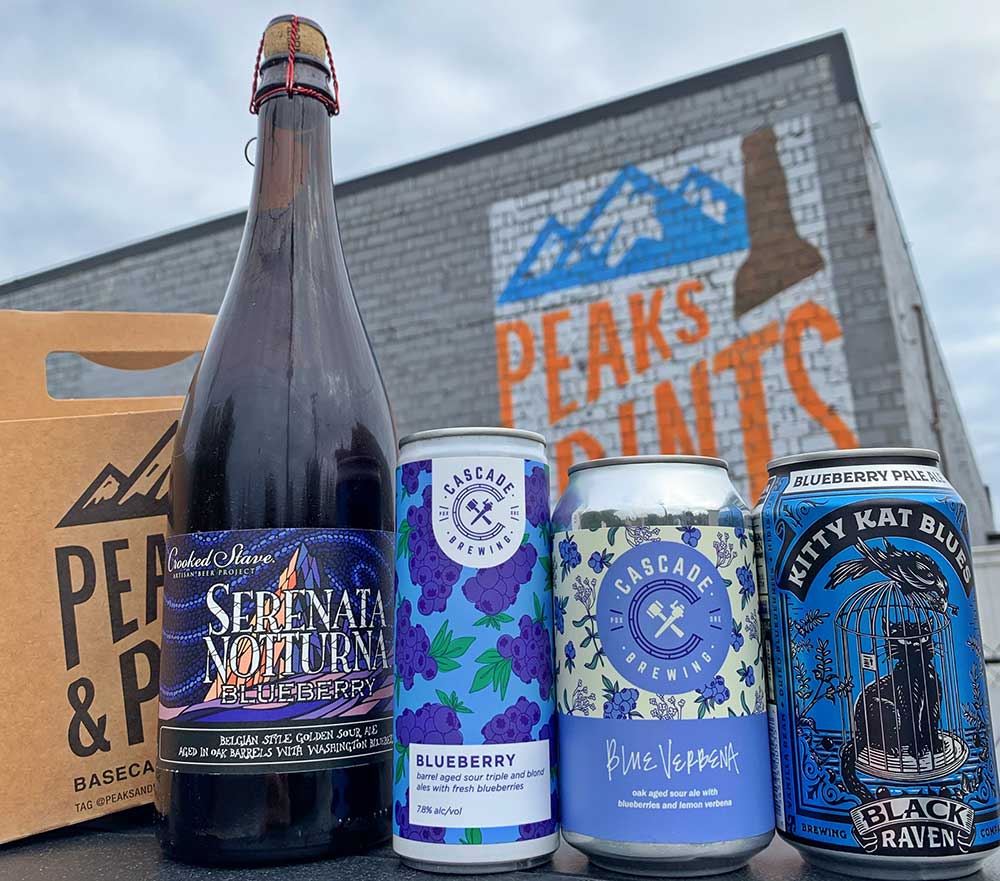 Tacoma was founded in 1872 by teetotaler and former general Morton Matthew McCarver who dreamed of railroads. McCarver gave the city its first name — Commencement City. In 1872, Tacoma consisted of a lumber mill, two stores, a saloon, a hotel, a jail, a blacksmith, and approximately 100 citizens.

snollygoster \’sna-le-‘gas-ter\ noun [probably alter. of snallygaster, a mythical creature that preys on poultry and children] (ca. 1860)
1) A shrewd unprincipled person
2) One, especially a politician, who is guided by personal advantage rather than by consistent, respectable principles.

Usage example: (Our heads exploded.) That’s not a usage example but rather a fact because of too many examples.

>>> The mutual Michigan roots of Oregon brewery owners Tim Hohl of Coin Toss Brewing and Michael Kora of Montavilla Brew Works, combined with their love of the Detroit Tigers (not to mention the home state of a certain breakfast cereal manufacturer) sparked this creative collaboration, which they brewed for the first time in 2016. Now returning for the first time since 2018, Catch A Tiger IPA will be available this Thursday, May 27, at both Montavilla Brew Works in Portland and Coin Toss Brewing in Oregon City on tap and — for the first time — in 16-ounce cans. The cereal is mashed with Pilsner, Vienna and Munich malts, while Lotus, Chinook, Idaho 7, and Simcoe hops provide citrus and pine aromas and a bitter bite. At 7.4 percent ABV and an IBU of 70, this tiger is a hefty beast. Catch A Tiger was brewed and packaged at Montavilla. (Press Release)

>>> Nine-year-old Lake Oswego, Oregon, founded Stickmen Brewing Co., has announced they will open a fourth taproom this fall in the Happy Valley suburb on Portland’s southeast side. (The New School)

Peaks and Pints Pilot Program: Blueberry Beer on the Fly

Beer purists typically scoff at a brew that incorporates anything into its recipe besides water, malt, hops and yeast. So, offer them a beer with fruit in it and you’re bound to hear a speech on the German Beer Purity Law of 1516. But if one can get past traditionalist approaches to drinking beer, they might find that fruit can be a fantastic brewing ingredient — such as blueberries. Blueberries can give an earthy richness and complexity to beers, especially with darker styles. But blueberries are a rare beer addition—the flavor is subtle, and often brewers end up making cloyingly sweet syrup with a blueberry aura. It’s National Blueberry Cheesecake Day and Peaks & Pints just so happens to have five craft beer brewed with blueberries in our cooler. Stop by Peaks for our to-go blueberry beer flight, Peaks and Pints Pilot Program: Blueberry Beer on the Fly.

As one of the United States’ top blueberry producers, Oregon’s Willamette Valley is home to outstanding blueberries. Cascade Brewing  works directly with Oregon growers examining each individual blueberry for absolute ripeness to create one of our staple Northwest sour ales. Blueberry Ale 2020 features a blend of sour triple and blond ales aged in Pinot Noir barrels for up to two years with said blueberries for an appropriate blueberry nose plus red wine, bramble fruit, and eucalyptus. On the tongue, expect … wait for it … blueberry fruit, as well as oak, lemon, cereal grains, and mint.

Crooked Stave is a play on the word “stave” — one of many strong wooden slats, collectively bound together by metal hoops to shape a wooden barrel. The Denver, Colorado brewery’s name is a commitment to how closely it works with each barrel, and embodies the love it puts into each beer. Wooden barrels are the focal point of the brewery and the beers it brews — specialty Brettanomyces-only, wild, sour and barrel-aged beers. Serenata Notturna Blueberry is a barrel-aged golden ale with Washington state blueberries for a flavor of tart brettanomyces, tart blueberries, and woodsy oak.