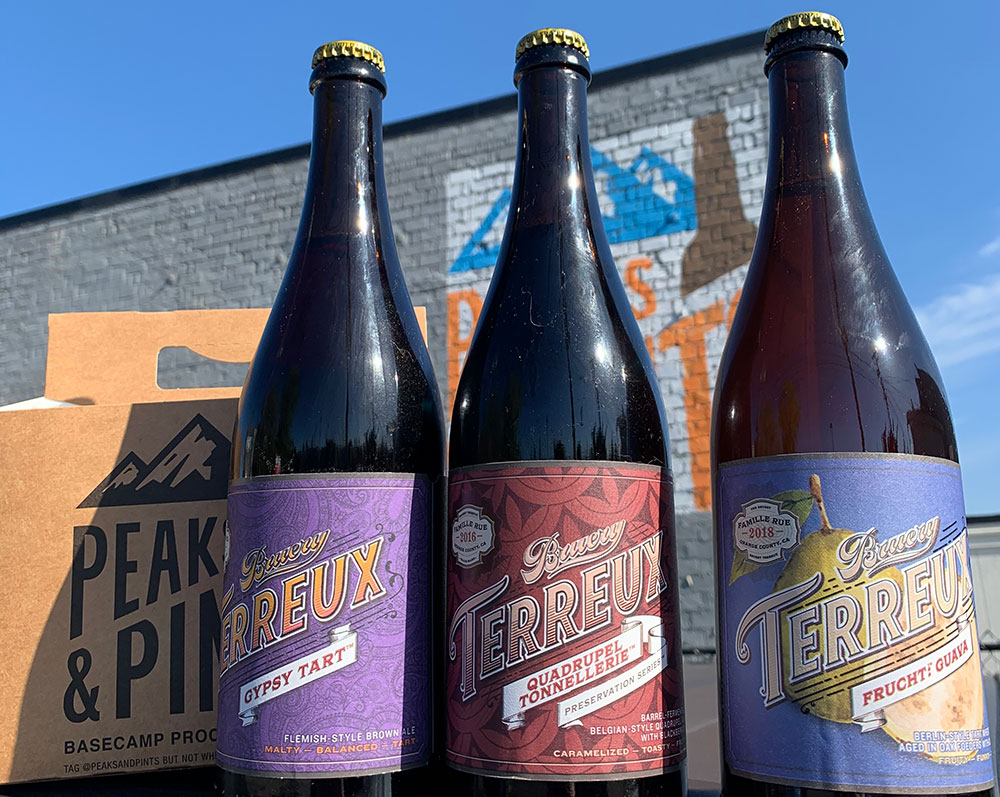 Stadium High School was originally designed to be a luxury hotel, but in 1893 during the depression, construction halted. Then the building was left nothing but a shell after a devastating fire. That shell finally transformed into Stadium High School in 1906.

Usage example: “Suppose after the news of a local stabbing, the insalubrity of a sixth hard seltzer loses all significance.”

Washington Beer Blog hangs at Lagunitas Brewing location in Seattle, aka The Taproom and Beer Sanctuary, to drink the new Shilshole IPA, which is canned.

Stone Brewing will celebrate its 25th anniversary with epic but intimate beer pairing dinners and ticketed events at their bistros and tap rooms September 16-18.

As a brewery famous for its experimental ales, the company’s history is just as wild. Founded in 2008 by Patrick Rue, The Bruery began when Rue, a recent law school graduate and homebrewer, figured out that he loved the hobby so much, he’d start a brewery instead of studying for the Bar. Later, in 2015, Rue launched Bruery Terreux — loosely translated as “Earthy Brewery” — as a dedicated space to provide the freedom (and bacteria) to get weird with wild and sour ales. Indeed, in just a handful of years, the brewery created one of the largest barrel-aging programs in the business. Today, Peaks & Pints continues our American Craft Beer Week celebration with a suggested four pack of Bruery Terreux to-go.

One of Rue’s oak foeders is dedicated exclusively to Frucht, his series of fruited Berliner weisse-style beers. This tropical installment has pineapple, dragon fruit, and prickly pear added for a nose of wheat with some tartness along with a huge blast of fruitiness. Pineapple is hidden so it’s a mix of dragonfruit and prickly pear. On the tongue, expect tartness up front along with some creamy wheat, huge blast of pineapple, prickly pear and dragonfruit. It finishes with a hint of lemony tartness from the acidity.

This German-style wheat beer gains even more funky notes and natural earthy-woodiness from fermentation in one of Rue’s twin oak foeder vessels — the largest known to be fabricated in this country. This fruited Berliner weisse-style features juicy, zesty guava. It hits the nose with huge guava notes that provide some perfume-like notes, as well as bold tropical notes. Bold guava notes follow the nose, giving huge tropical notes with some stone fruit and lemon popping through. Mid-palate offers some lactic tartness. It finishes with more bold juicy guava and just a hint of oak.

Gypsy Tart is a Flanders-style brown ale with a California touch. A beer that can trace its origins to Great Britain, but more famously perfected in western Belgium, has been updated through The Bruery’s own modern techniques, delivering the sweet body and mildly tart finish that has won over numerous generations of beer drinkers in Europe. Rue’s rendition hits the nose with cherry, grape, apple, and citrus along with vinous red wines and balsamic curiosities. Supple and sweet, a savory taste of grandma’s hard candy greets the tongue, followed by toasted nuttiness, cola and a glimmer of coffee and chocolate. Eventually the sourness overtakes the sweetness with mouth-puckering lemon, lime, crabapple, and sour green grape.

Rue’s Tonnellerie series showcases his “wildly traditional bière.” French for “cooperage,” each beer in the series shares one core trait: they were all fermented in oak. Beyond that, the recipes and styles are as unique as the cues they take from nature. Quadrupel Tonnellerie, a barrel-fermented Belgian-style quad with blackberries, is no exception. A style known for being at the more malty, complex, and rich end of the Belgian strong ale spectrum, the fruit addition lends a brighter streak to what is typical of the style, lending a fruity verve, while the wild organisms from the barrel-aging give a tart, acidic cut throughout. It still boasts the typical quad notes of sweet caramel, dark fruit, fig, and complimentary undercurrents of oak, just in a more lifted, tightly wound package. The natural esters from the Belgian yeast compliment the rustic, earthy qualities derived from the barrels and piquant flavors from the fruit for a dynamic flavor profile and mouthfeel that will evolve over time.