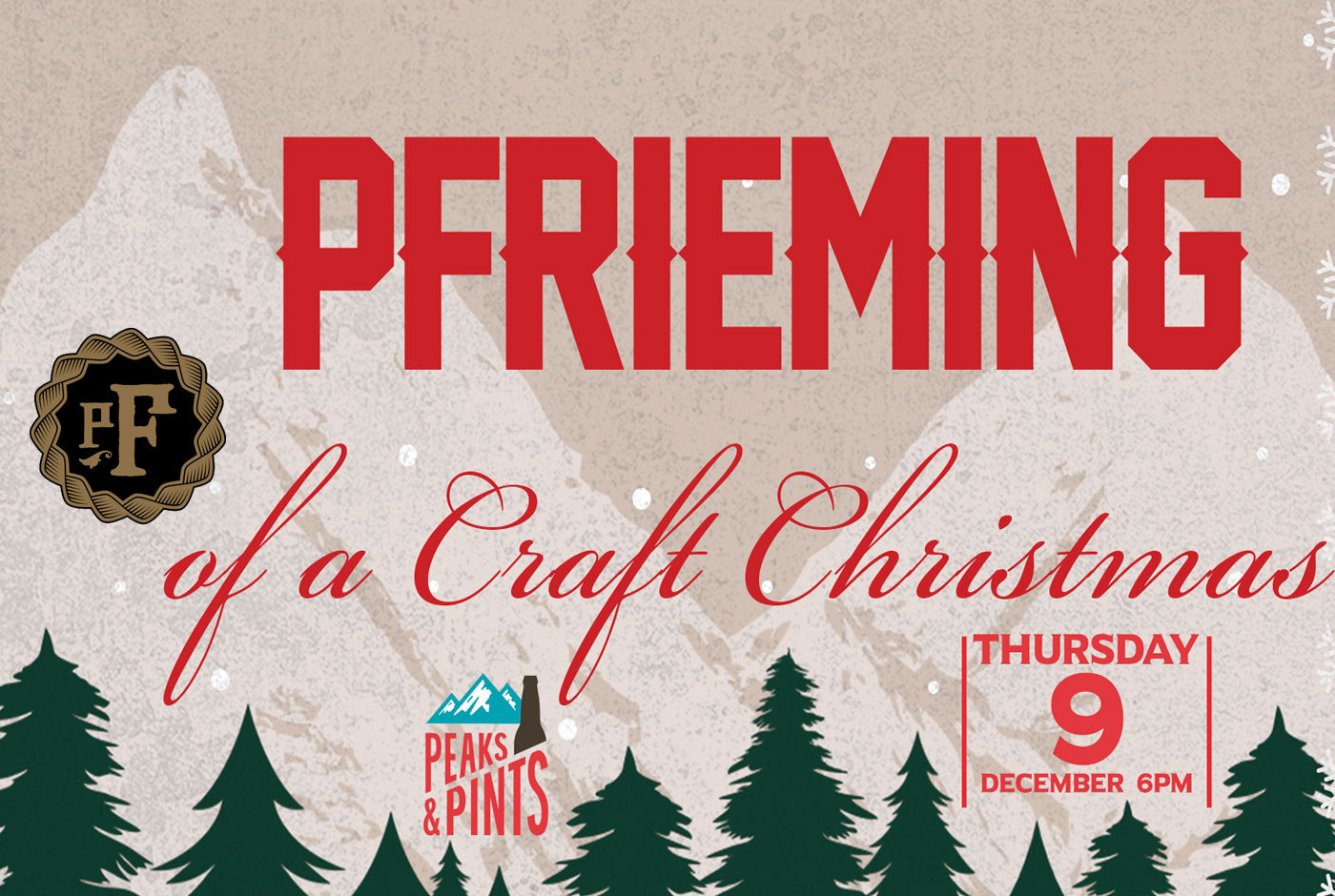 Peaks and Pints has been making lists — and checking them twice — and at the top of every list is pFriem Family Brewers. Thursday, Dec. 9, the Hood River, Oregon, brewery will be at Peaks and Pints for our annual lodge meeting, We’re pFrieming of a Craft Beer Christmas.

At 6 p.m., we’ll tap coveted pFriem craft beers such as: