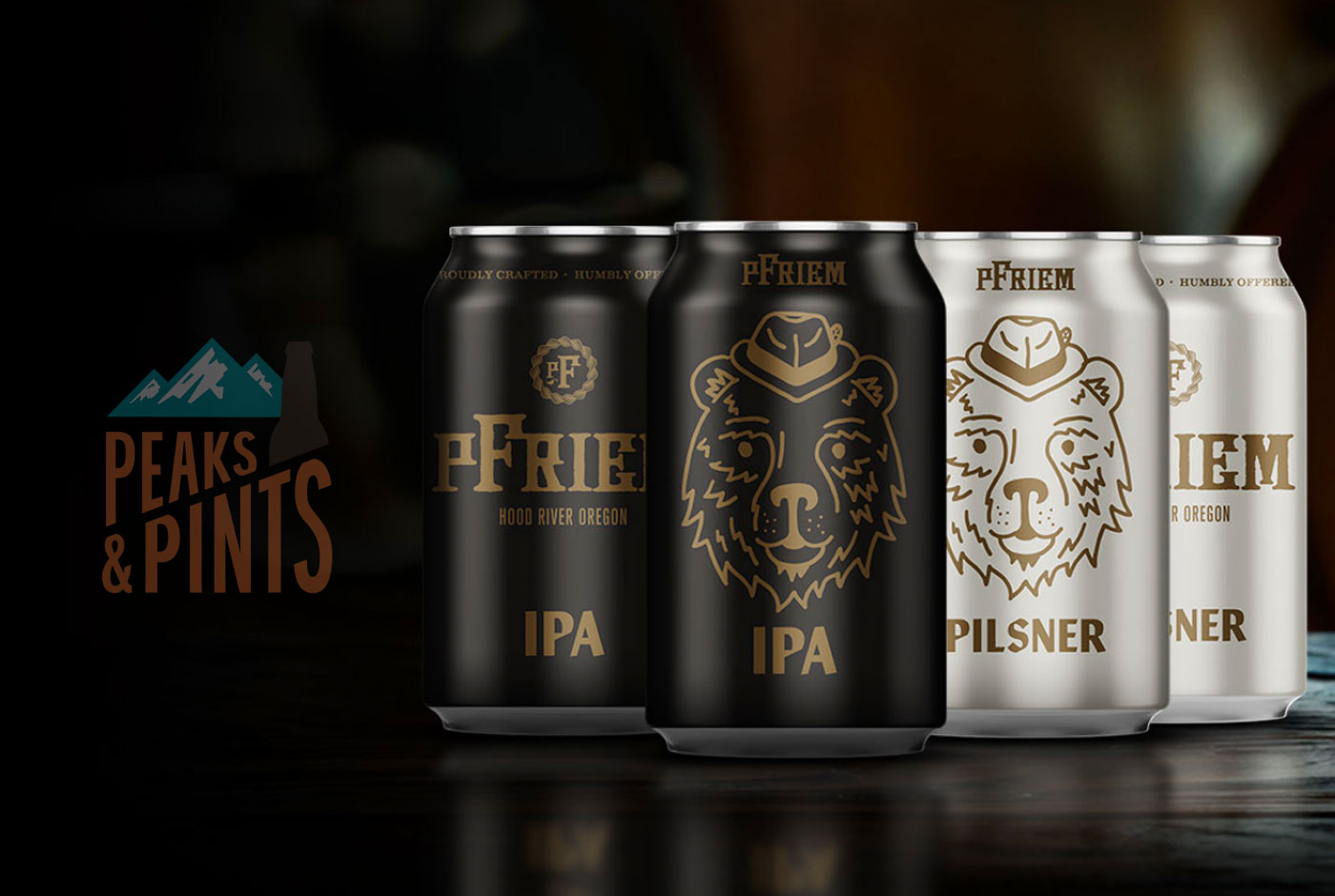 No one talked about recycling or reducing his or her carbon footprint back when you started covering your house with beer cans in the 1960s. You’ve worked slow and steady at covering your entire house with beer cans. The roof, windowsills, gutters, even your mailbox and fence are covered in beer cans. And, every Jan. 24 on National Beer Can Appreciation Day — the very day that canned beer first hit the American market in 1935 — you host a blowout beer can drinking party. The annual topic of conversation in your can cave? When is pFriem Family Brewers going to can?

Well, rip down that Krueger’s Cream Ale can door bell cover because pFriem Family Brewers has canned their IPA and Pilsner. And, Peaks and Pints will host the Tacoma pFriem Can Release Party at 5 p.m. Friday, March 1. pFriem Senior Brewer Bryan Cardwell and pFriem Sales Executive Blake Jackson will be in our craft beer lodge popping cans and discussing how your many outdoor adventures, backyard barbecues, or front yard light post calls for a can of pFriem.

The brewery has upgraded its facility and enhanced its infrastructure to make way for canning. The team expects annual barrel-age for cans to be around 5,000 barrels in 2019. To meet that production level as well as to continue to grow its draft and 500 ml bottle production, the brewery will be expanding its Hood River facility in 2019.

In addition to all the cans, Peaks and Pints will pour pFriem craft beer from our Western red cedar tap log because we CAN.

Hope you CAN join us.