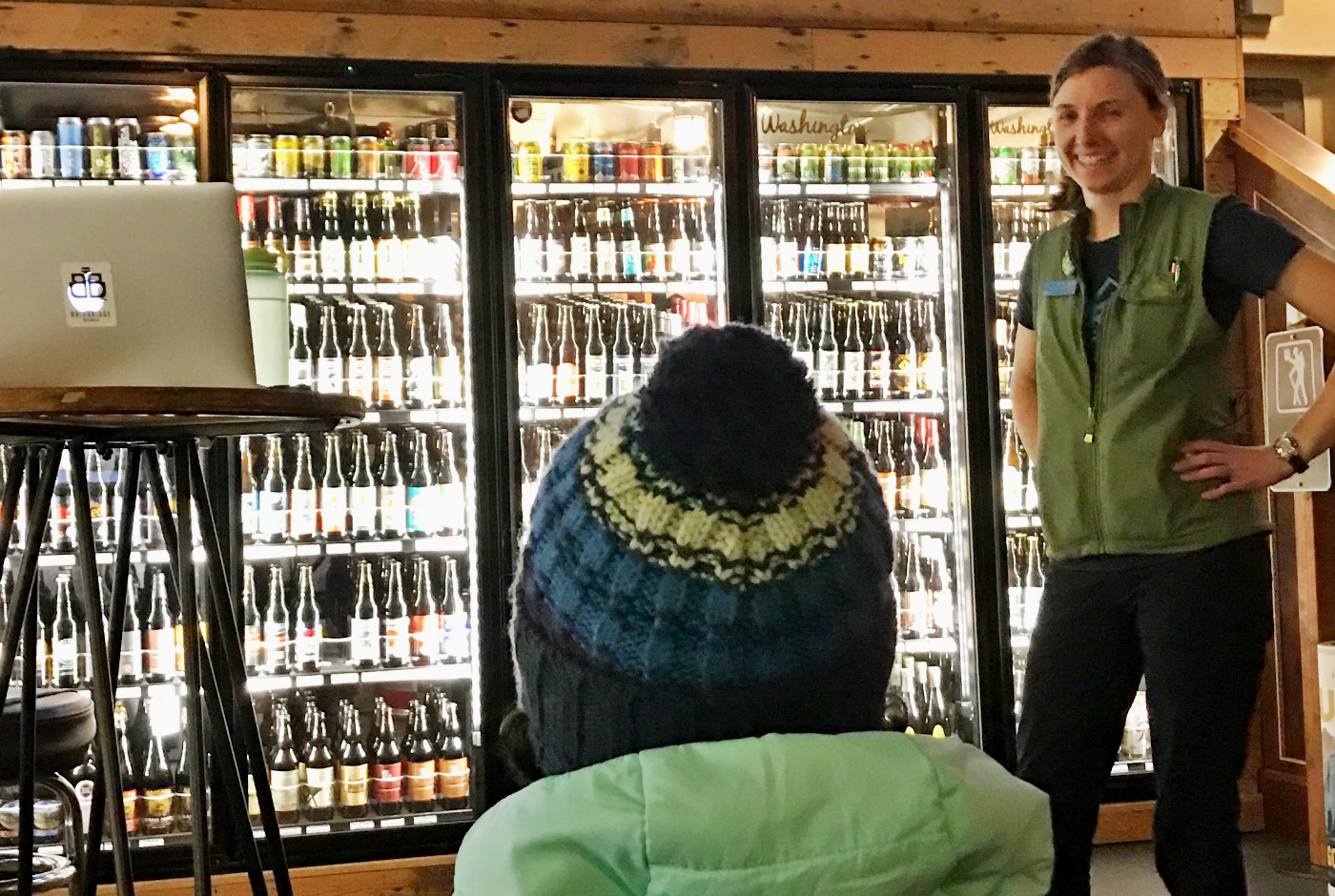 You won’t find a basketball at REI Tacoma. Or a baseball glove. Or a tennis racket. So why is REI so kick ass? Because you’ll see things here that you won’t at other sports stores: possibilities. REI is devoted exclusively to outdoor adventure sports — camping, backpacking, rock climbing, skiing, kayaking — and there is something about walking into the Tacoma store, some ineffable tug at your soul and adrenal glands, that gets your heart racing and your imagination juiced. Maybe it’s the topographic maps, or the walls full of hiking gear that make you instantly conjure all the places you’ve wanted to explore — such as The Wonderland Trail.

As part of its Hoppy Hour Adventure series, REI will host a Wonderland Trail class at 6:30 p.m. Wednesday, April 19 at Peaks and Pints bottle shop, taproom and restaurant in Tacoma’s Proctor District. Sip on a Two Beers Brewing Wonderland Trail IPA, Deschutes Pacific Wonderland Lager or any of the more than 600 different kinds of craft beer and cider while learning about the 93-mile trail around Mount Rainier. According to REI, 200 to 250 people take a quarter million steps around the mountain annually, while thousands more hike or backpack parts of it. Learn what you need to know to decide to go, get a permit and prepare for your trip around part or all of the mountain when an REI expert hosts a Wonderland Trail class at Peaks and Pints April 19.