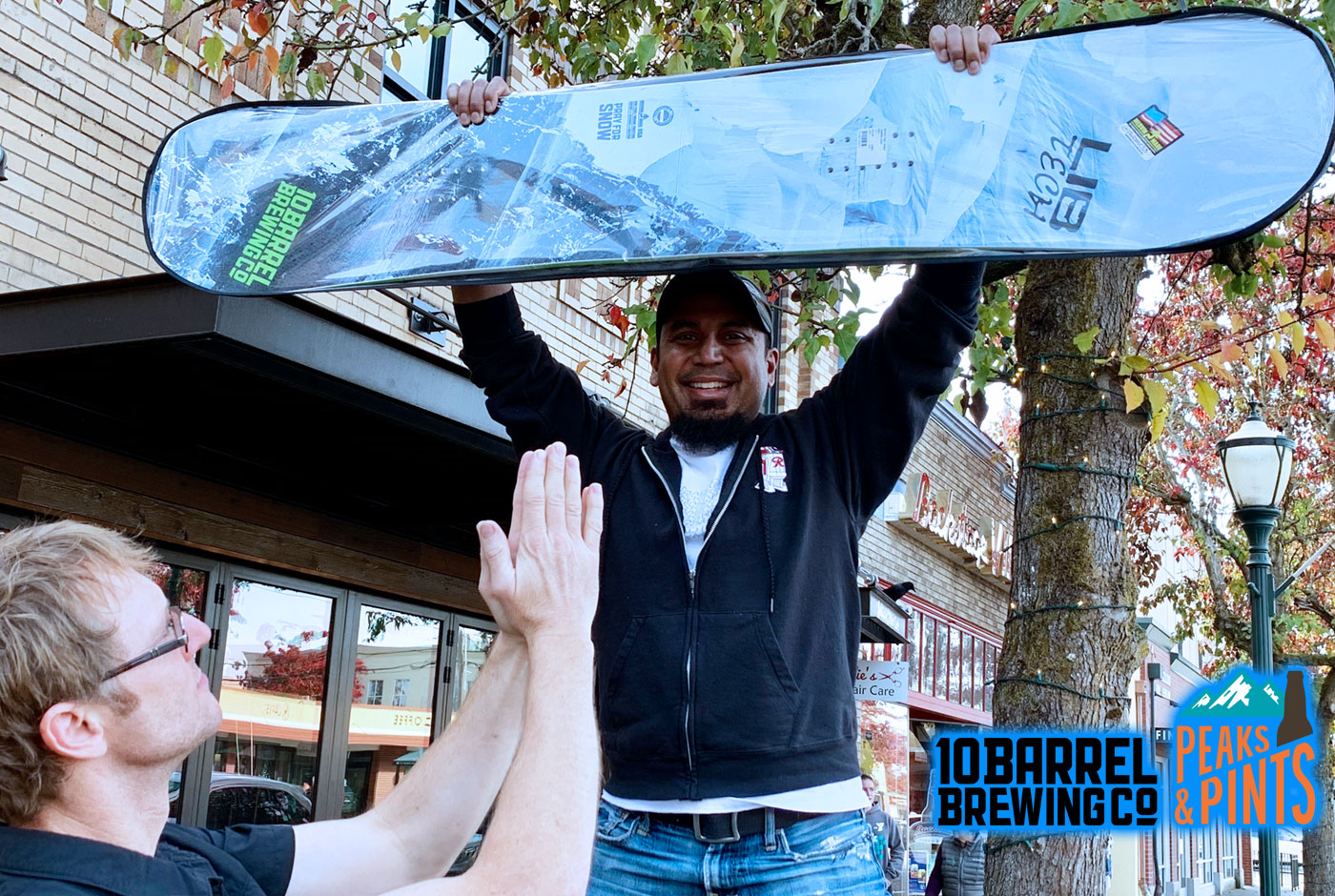 Saturday, Nov. 16, Peaks and Pints will ask our guests to pray to the mythical Norse God of Snow, Ullr. That’s not so odd; when you think about it, as long-range forecasts are calling for a 40 percent probability Washington will see above-normal temperatures through February. 10 Barrel Brewing knows. The Bend, Oregon-based brewery is hosting “Pray for Snow” parties at their brewpubs, as well as hosting the Peaks and Pints Pray For Snow Party at 6 p.m. Nov. 16. In addition to a snowboard and skiing My Ninja Suit giveaways, 10 Barrel will screen their Hold My Beer… winter sports film on Peaks’ 130-inch screen. Also, 50 cents of every draft beer sold will benefit students at Gray Middle School.

The film follows professional snowboarders, Curtis Ciszek, Eric Jackson, and a crew of friends while they chase snow all over North America with a healthy supply of beer in tow. From the steep peaks of Alaska to deep powder in the southern Rockies, it’s a film that will get just about anyone stoked for winter.

One of the reasons for predicted warm conditions is the blob of unusually warm water in the Pacific Ocean. The blob may contribute to less snowpack this winter because the warmer air coming off the ocean can push freezing levels higher. That’s why we must pray while drinking 10 Barrel’s Pray For Snow Winter Ale! Expect other 10 Barrel brews on tap, including special one-offs.

Founded in 2006 by three guys in Bend, 10 Barrel’s motto has always been brew beer, drink beer, and have fun doing it! They spend powder days getting face shots on the hill, hot summer afternoons floating the Deschutes River, and somehow still find the time to brew beer.

Check out the trailer below: