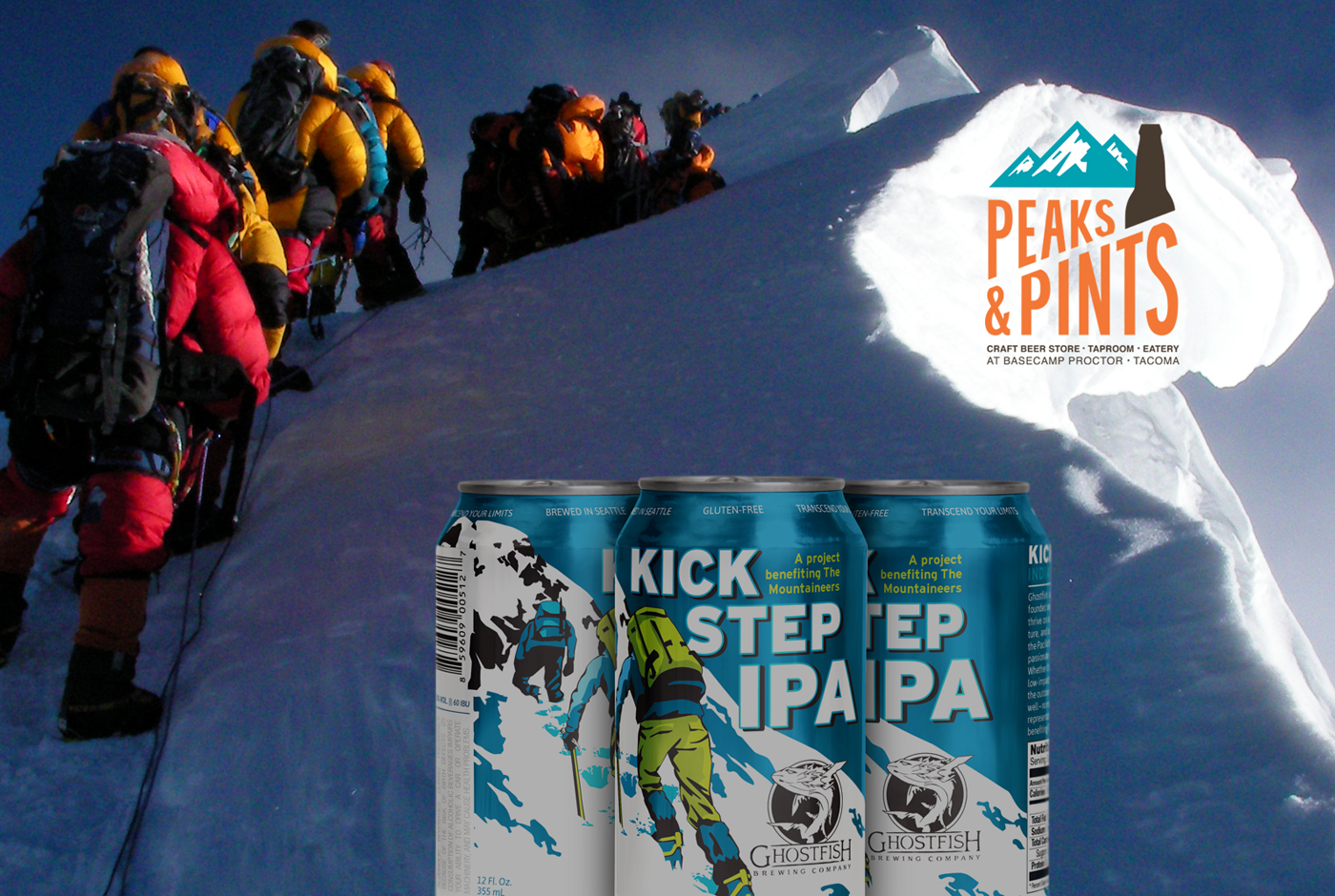 Ghostfish Brewing Co. has launched Kick Step IPA, a bold and gluten-free Northwest India Pale Ale, brewed to benefit Washington-based nonprofit The Mountaineers. Inspired by the 1906 founded outdoor-minded organization, the Seattle brewery created the hop bill with Comet — one of the oldest hops cultivated in the United States — and progressed forward with Columbus, Simcoe and Denali for a flavors of citrus, pine and tropical fruit.

According to Kick Step IPA hype, “Ghostfish Brewing and The Mountaineers were both founded on the idea of transcending limits. We thrive on a spirit of wonder, a sense of adventure, and a commitment to the wild places of the Pacific Northwest. We’re powered by strong passionate communities who support our missions. Whether it’s distinctive craft beer made from high-quality, low-impact grains or unique, life-changing experiences in the outdoors, we believe life is meant to be lived and lived well – no matter who you are. Kick Step IPA is a liquid representation of our shared values, with proceeds benefiting The Mountaineers.”