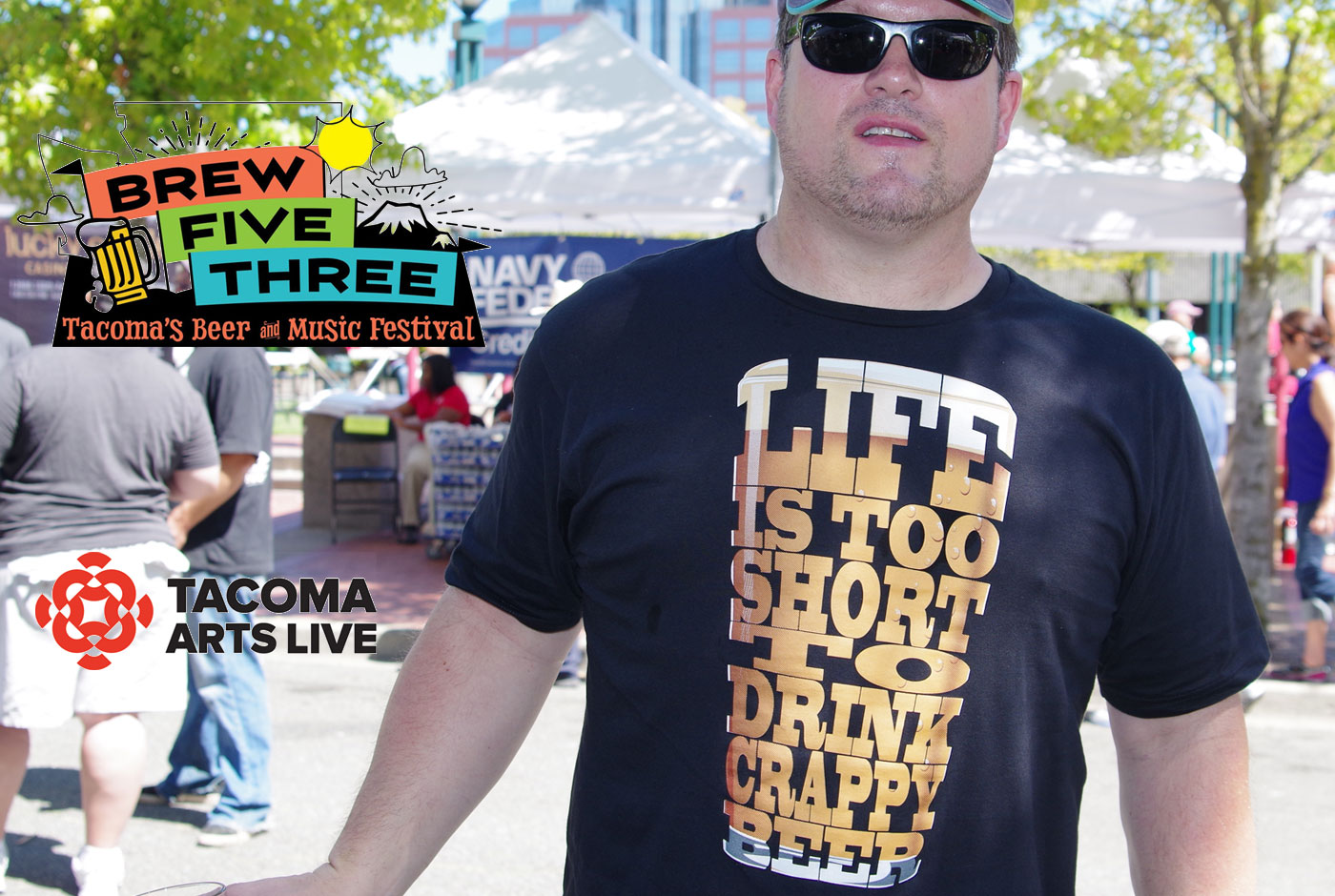 Tacoma Arts Live’s Brew Five Three: Tacoma’s Beer & Music Festival has morphed into much more than just a beer festival. Now called a block party, you can walk up and down Broadway street Aug. 10 with a taster glass and a list of 40 breweries and cideries, as well as food trucks, while bands encourage people to get their crazy dancing on.

Wednesday, July 10, Peaks and Pints has the pleasure of hosting a crew of Tacoma Arts Live volunteers armed with Brew Five Three tickets and craft beer on the brain. Stop by for a pint and grab advance discounted tickets to downtown Tacoma’s craft beer show, as well as learn more about our volunteer positions for the event and sign up.