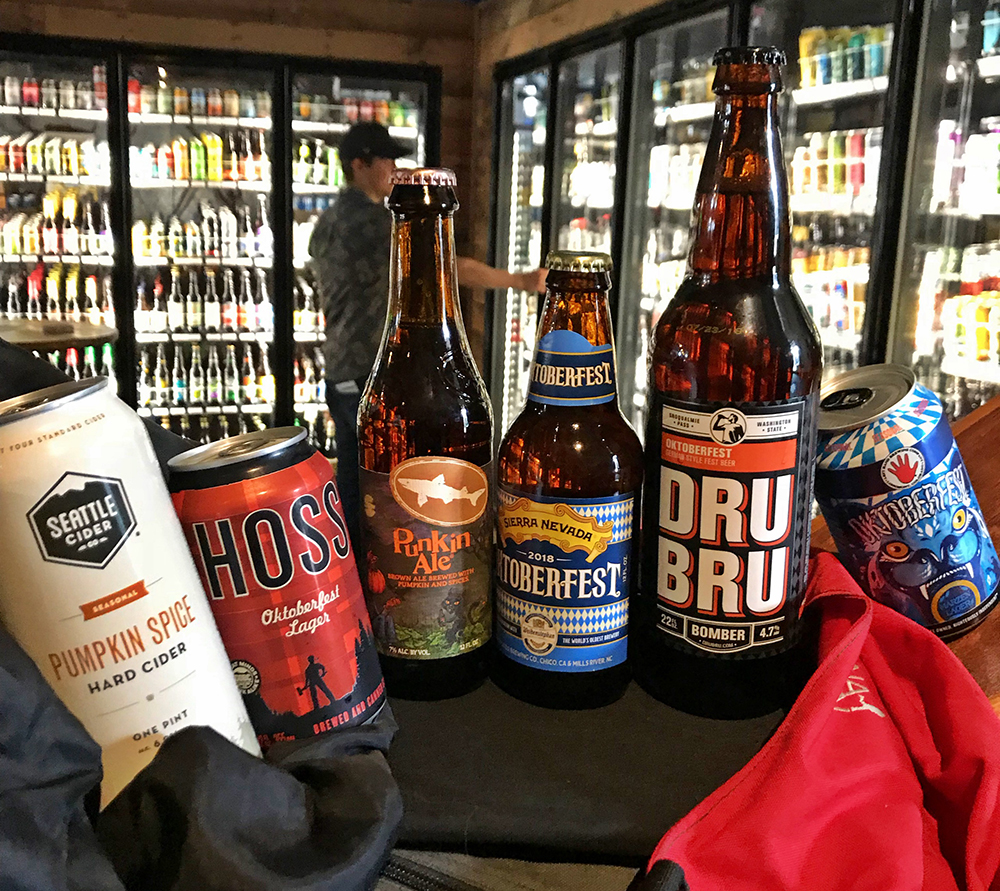 The horror: having to drink good beer a month before we’re supposed to. …

As the dog days of summer crest upon the beer world, a familiar collective roar gathers volume.

SEATTLE CIDER PUMPKIN SPICE: Yo, we’ll tell you what we want, what we really really want: a cider spiced with cinnamon, nutmeg, clove and allspice. It’s pumpkin pie’s long-lost love. 6.9%

DOGFISH HEAD PUNKIN ALE: Dogfish Head’s Punkin Ale has been around much longer than pumpkin spice lattés and yoga pants, combined. In fact, the brew even predates the founding of the brewery it self (hello 1994 Delaware Punkin Chunkin pumpkin recipe contest!). The brown ale is brewed with pumpkin meat, brown sugar and baking spices cinnamon and nutmeg. 7%

DRU BRU OKTOBERFEST: Enjoying this toasty, session ale with heaps of Vienna malt and German noble hops at Peaks and Pints is much better than on Dru Bru’s picturesque patio picnic table bench next to chairlifts on Snoqualmie Summit. 5%

LEFT HAND OKTOBERFEST MARZEN LAGER: The Left Hand brewers perform a traditional yet time-intensive decoction mash process, a multi-step mash, if you will. The laborious method is the key to Oktoberfest’s color and complex flavor of toasty malt sweetness and a dry, crisp finish. 6.6%