This date in history July 2, 1776, the Second Continental Congress meeting in Philadelphia voted to approve a resolution for independence from Britain. On that same day, the Pennsylvania Evening Post published this: “This day the Continental Congress declared the United Colonies Free and Independent States.” So why do we celebrate July 4th as Independence Day? Because that is the day the declaration was sent to the printer, who then put that date on the top of the document, copies of which were distributed throughout the colonies and beyond. The next year the Continental Congress decided to take a commemorative day off on the Fourth; over the next decade, cities, towns and states also marked that date. And once established, it gradually achieved a kind of historical significance of its own that seemed to confirm the wisdom of the choice, even though July 2 was the day independence was officially decided and declared. Peaks and Pints celebrates the resolution for independence from Britain today, July 2, with a beer flight we call Craft Beer Crosscut 7.2.17: A Flight of America.

Two hundred and forty-one years after the American Revolution began in Massachusetts, and more than 3,000 miles away on horseback from that battle in Lexington, a different kind of patriots mustered in Western Washington, forming a craft beer bond and a subsequent re-branding for the good of the common man. During several weeks in the fall of 2015, Brent Hall and Steve Navarro wearing the Pacific Brewing & Malting crests, crossed the Puyallup and Duwamish rivers, manned the bridge over Lake Union and reached the waterfront city of Edmonds where they bought American Brewing Co. They rebranded American Brewing to resemble Top Gun meets George Washington paying homage to the founding fathers with a modern military looking logo. American’s Oatmeal Stout rides in fairly sweet and rich with notes of chocolate, caramel, oatmeal and just a touch of cereal and bitterness. It’s exceptionally smooth and creamy with lower carbonation and lighter, fresh mouthfeel. 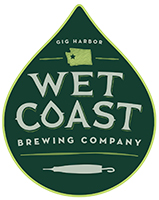 Wet Coast Brewing‘s name a triple entendre: 1. West Coast, 2. Northwest weather, 3. Prohibition, where citizens voted wet or dry. In 1920, the United States has just enacted the Volstead Act, prohibiting the production and consumption of intoxicating liquors. Bottles were smashed, babies cried and Americans everywhere were forced to be “dry” and live a life without beer. That is, everywhere but Washington state. Lt. Roy Olmstead with the Seattle Police Department began smuggling alcohol from Canada and soon enough Washington wouldn’t just be a rainy state out west, it would become the Wet Coast. Many Wet Coast beers give a nod to Prohibition days, including Hi Jack!, which was used in speakeasies as a code word for law enforcement. Hi Jack!, the red ale, is brewed with Crystal and Black malts for a deep red hue and smooth body. Centennial hops provide floral and citrus notes with a small amount of bitterness to balance the beer.

No-Li Brewhouse’s Red, White & No-Li Pale made the list for several reasons. First, it has two of three United States flags colors in its name, duh. Second, it’s delicious with a bountiful Citra hopping in the kettle and dry-hopping has earned the pale’s nicknamed “Fruity Pebbles” due to the enormous fruity aromatics and flavors. Last, it was born out of the Spokane brewery’s Red, White & No-Li Small Batch Festival that recognized and celebrated the men and women of Fair Child Air Force Base. 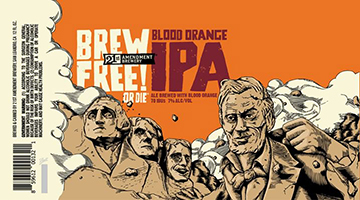 In 2000, Nico Freccia and Shaun O’Sullivan founded 21st Amendment Brewing in the South Park neighborhood of San Francisco, California. As avid beer enthusiasts, Freccia and O’Sullivan were determined to establish an ongoing celebration of the overturned 21st Amendment to the Constitution (that’s the one that repealed Prohibition) and gave their brewery the amendment’s namesake to commemorate it. Celebrate freedom in America with their beer that’s name says it all (as well as New Hampshire’s state motto): Brew Free! Or Die (Blood Orange). From the animated Mount Rushmore artwork — with Abraham Lincoln busting free and ready to kick butt — to the classic floral hops and citrus flavors, the folks at 21st Amendment truly made an all-American IPA with Brew Free! or Die — then add blood oranges. Aroma is fresh citrus rinds, bright orange and tangerine, which carries over to the tongue — juicy fresh oranges, some smooth malt and a citrus peel finish. Not only is it dangerously drinkable — It’ll also give you a nice little buzz during your patriotic celebrations at 7 percent ABV. 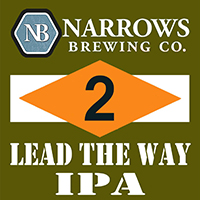