Darkness descends on Peaks and Pints this Thanksgiving week, and it promises to be an eventful week with at scarce and salient selections from the dark side. Beginning today and running through Friday, Nov. 29, the left side of Peaks and Pints’ Western red cedar tap log will house dark elixirs, including milk stouts, which is the focus of today’s beer flight, Craft Beer Crosscut 11.25.19: Flight of Dark Side Milk Stouts.

Milk stouts originated in Europe in the 1800s. The style emphasizes a malty sweetness with hints of chocolate and caramel. They are sometimes called cream stouts or sweet stouts. Brewers intensified the dark, chocolaty malt body with lactose, the sugar in cow’s milk, hence why they’re more often called milk stouts. Brewer’s yeast can’t ferment lactose into alcohol, so it hangs around to give you a rich mouthfeel and a soft, creamy sweetness, balancing out the bitter and roasted qualities typical of its cousin stouts. 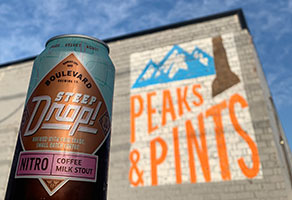 This Boulevard Brewing milk stout strikes a good balance between beer and coffee. There’s ample body with a silky mouthfeel and the nitro balance only emphasizes the characteristics of a well-rounded stout. Brewers also use oats in the brewing process to give it that extra creamy consistency. Then comes the coffee, from the Kansas City brewery’s neighboring roasters, Second Best. The course ground beans — 50 percent Brazil City Roast, 30 percent Costa Rican, and 20 percent Ethiopian — sits in the tanks for a day before purged out. The nose is chocolate/roasted malt, fruit, earth notes and coffee, followed by caramel, toffee, rich coffee and chocolate notes with a round, creamy finish. 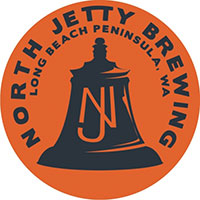 Michelle and Erik Svendsen, wife and husband and brewers, opened North Jetty Brewing at the Long Beach Peninsula more than four years ago. Gone are the 1.5-barrel system and limited distribution. Today, the Svendsens brew on a 10-barrel system, with beer distribution in 11 counties in Washington and Oregon. They bottle. They win awards. They use 2-row, roasted barley, Black malt, C120, and Chocolate malt to create a bold backbone filled with nuances of chocolate, roasted coffee, and toasted grain in their The Milkman Knocks Twice Milk Stout. Cascade, Columbus, and East Kent Goldings provide the perfect bite to all the rich grains. 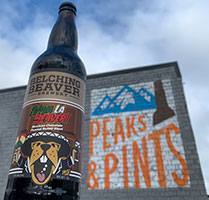 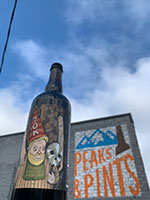 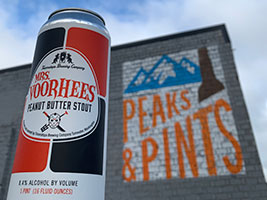 On a fateful day in 1957, Jason Voorhees, infuriated by the constant teasing and harassment from other children, snuck out of his summer camp cabin late at night to prove that he could swim. The counselors were not watching him, as they were at a party and fooling around in one of the adult cabins. Jason was never recovered from the lake and was presumably drowned. Mrs. Voorhees blamed the counselors for his death because she was working as the camp cook the day that it happened. In Friday the 13th (1980), Mrs. Voorhees blamed camp personnel for perceived wrongs, sometimes having a conversation with herself using two different voices, becoming rageful, and of course, killing. She went nuts and began killing camp counselors. Triceratops Brewing pays homage, or something, to Mrs. V with a chocolate milk stout brewed with 25 pounds of peanut butter richness, combined with honey malt and milk sugar that provides a mild sweetness and a roasty backbone.