File Under: things that get you buzzed. Like many folks, you might be a slave to chemical rituals. Caffeine in the morning, and booze at night. In the name of efficiency, Peaks and Pints recommends combining the two at every opportunity. The pairing of roasted barley with roasted coffee is so natural; it’s almost surprising these stouts and porters didn’t catch on sooner. But coffee beers didn’t really start to percolate until the mid-90s, and even now they are far from a staple even among craft breweries. But almost no one argues with the inspiration — porters and stouts tend to rely on a roasty malt bill already, conjuring subtle coffee aromatics and flavors, especially in the finish. If you mean business, and want two buzzes in one (no, they don’t cancel each other out…), then pull up a chair to Craft Beer Crosscut 1.25.17: A Flight of Coffee Beer. 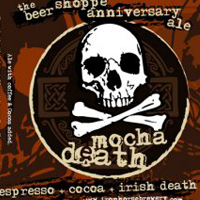 For this seasonal offering, Iron Horse Brewery started with Quilter’s Irish Death, its dark smooth ale that presents a full malt flavor laced with caramel, chocolate, dark fruit, and a touch of sweetness. To this it added fresh, locally roasted espresso beans and pure cocoa. Breathe in the espresso and cinnamon. Taste the creamy, fluffy chocolate, espresso and ice cream with a slight vanilla on the finish. 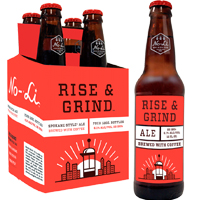 No-Li Brewhouse continues its transition from longtime Spokane brewer to a major player in the Northwest craft beer scene. Its award-winning Rise & Grind smells like a bag of freshly roasted coffee and some semi-sweet chocolate chips. The coffee flavor on this beer is full on black coffee. Layers of freshly roasted Gemelli coffee gives the beer the flavor of bitter dark roasted coffee, a bite of acidity, and just the slightest touch of chocolate sweetness on the finish. Potent, strong and flavorful. 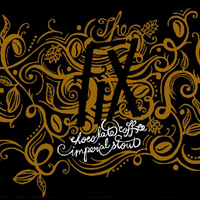 Originally a collaboration with the Scots at Brewdog in 2013, The Fix is a big and bold imperial stout that is also just as much of a chocolate beer as it is a coffee beer. The Fix also may be the most caffeinated brew on the market, brewed with 9 pounds of Stumptown Coffee Cold Brew, or the equivalent of a 1/2 cup of coffee in every bottle. Elysian then aged the stout on 3,000 pounds of Congolese cocoa nibs from Seattle-based Theo Chocolate. This intensely dark and rich beer. 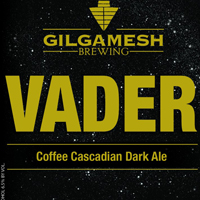 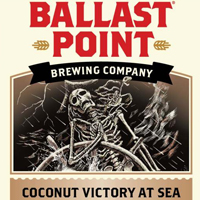 Based out of San Diego, Ballast Point started when a few guys with a love for good beer and good fishing decided to open up shop and sell their own brews. Victory at Sea looks like breakfast — an abundantly black liquid fills the glass while a powerful-looking head the color of brown sugar and the consistency of pancake batter slowly retreats to a thin but stubborn blanket. Bitter medium-roast coffee flavors play at the sides of the tongue while a sweet coconut character build at the front. Toast and molasses make appearances as well, and alcohol heat rolls down the throat, noticeable but not overpowering. As the drink warms, coconut becomes more pronounced, lending a sweet finish to counteract the bitterness of the coffee beans.