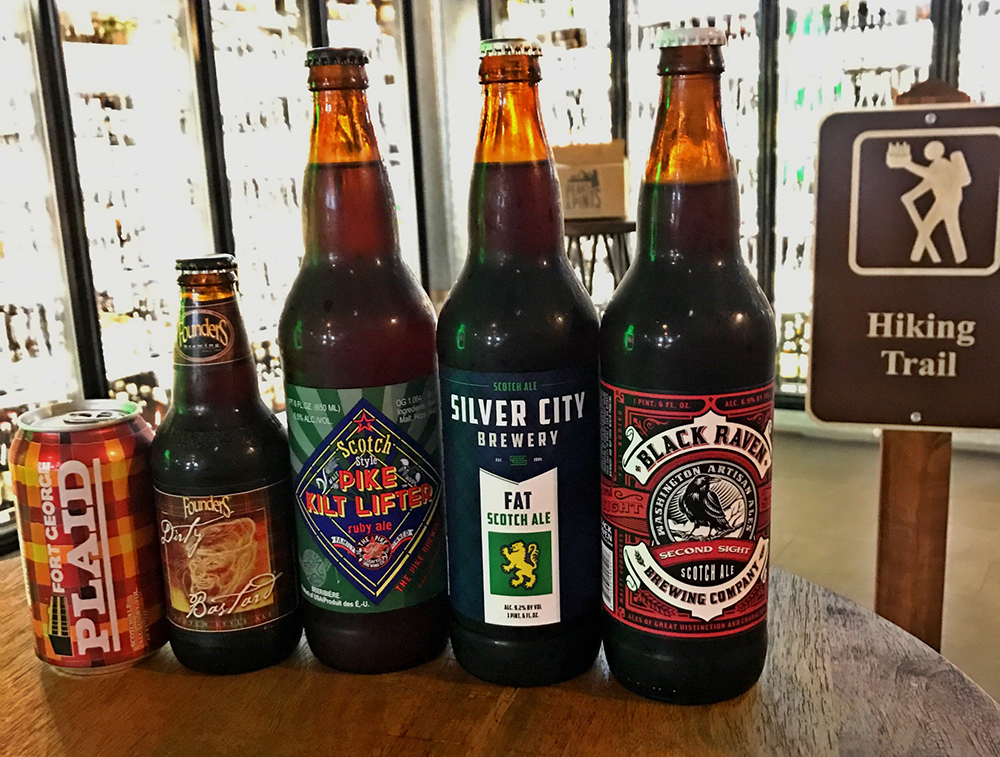 Scottish style beers can be a malt lover’s dream beer, with its smooth sweetness and body. The epitome of malty, scotch ales are boiled twice as long as ordinary beer, caramelizing the sugars to build these deep flavors of maple and molasses. Recipes may include peat-smoked malt, which can lend smoky, earthy tones to the aroma and flavor.

Scottish ales commonly fall into four general types: Light, Heavy, Export and the Scotch Ale. Historically these distinctions carried labels of the shilling currency, which reflected the price charged per barrel of beer in the 19th century. For example, 60 shilling was used for Light Scottish Ales, 70 shilling for Heavy, 80 shilling for Export and above 90 shilling for Scotch Ale and Wee Heavy. The Scotch Ale, compared to other Scottish Ales, offers richer color, more malty sweetness and higher alcohol that can range form 6-8% ABV.

According to Redmond brewery Black Raven, “Ravens in the Scottish Highlands were once thought to possess the gift of second sight, the ability to see future events before they occur. Second Sight is built around malted barley with hops playing a balancing role. This beer is ruby in color with large malt aromatics, delicious malt flavors and a full bodied finish.” Indeed, this creamy Scotch ale hits with massive fruity sweetness of raisin, date and toffee notes then flies forever with a woody finish and a slight alcoholic aftertaste, warming if you will.

Whoa, Nelly. The flavor cloaks the alcohol content. First, breathe in the heavy load of caramel, faint chocolate accents and roasted, earthy peat. Then slide in the caramel those three characteristics, especially the burst of smoky peat, which floats in the mouth after the swallow. Finishing toasty and caramel-sweet, this Silver City, malt-forward beer’s a balanced treat.

Fort George‘s Plaid is a wonderful malty brew to ease into the early hints of the autumn season. This beer is hearty, with bronze color and a firm malty flavor with lots of smoke. Plaid is a bold example of the style with seductive sweetness and strength to appeal to those who enjoy an alcoholic, malt-focused beer.

Dirty Bastard brings up the read of the Scotch Ale flight due to its strong hop flavor and bitter profile. You may notice these hops slightly in the aroma, but they will dominate your swallow’s finish. If you get past the hops you’ll tatste caramel, raisin and hints of nuttiness. Also notice this beer’s gorgeous light mahogany color, another aspect of this beer that makes it a worthy departure from the norm.