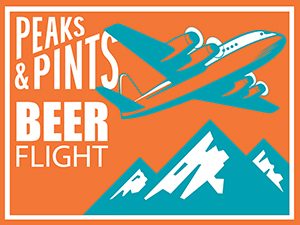 The Mimosa is a classic cocktail — it’s delicious, boozy, and because of the low alcohol content, you can sip all day. The grenadine and grapefruit create a perfect balance of sweet and citrus while the Champagne on top lengthens the cocktail and contributes a beautiful effervescent mouthfeel. At Peaks and Pints, we serve gose-mosas. You’ve heard of gose. It’s German, a sour beer. Pronounced “Go-zuh,” like the thing that wrecked New York in Ghostbusters. Reported to be between 200 and 1,000 years old, it’s sour and salty, a low-ABV session beer, which means it won’t get you sauced. It’s a wheat beer that balances a sour twang from lactic acid-producing bacteria, a distinct salinity and a subtle floral spice from added coriander. It’s made with a souring process using a natural bacteria like what you’d find in yogurt. This provides a natural acidity; a really nice tartness that helps balance. It has a really clean and dry finish with a bit of salt. Our house gose-mosa is made with 7 Seas Brewing’ Water Chopper Gose and grapefruit juice. Today, we’re offering an all-day flight of five different goses mixed with grapefruit juice that we call Craft Beer Crosscut 1.13.19: A Flight of Gose-Mosas. 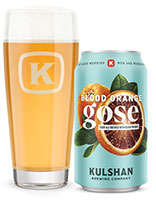 Using the base recipe of Anderson Valley Brewing’s 2014 The Kimmie, The Yink, and The Holy Gose, the Boonville, California brewery adds copious additions of blood orange puree during fermentation, imparting tangy citrus notes and a slight sweetness to complement the salinity and tartness in this refreshing session wheat beer.  Unlike traditional versions made popular in Leipzig, Germany, Anderson Valley adds lactic acid to the kettle before boiling, followed by additions of sea salt and their proprietary yeast strain into the fermentation tank. 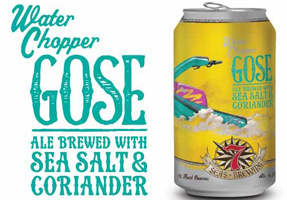 This dry, moderately sour, and extremely refreshing beer is made in the gose tradition at 7 Seas’ Tacoma production plant. Water Chopper Gose is fermented with Lactobacillus in conjunction with 7 Seas house ale strain, and brewed with 35 percent malted white wheat and German Pilsner malt. For local flavor, 7 Seas Brewing adds San Juan Island sea salt, and a pinch of coriander.

Modern Times Beer’s Sula fruited sour gose is brewed with raspberries, blackberries, and black raspberries that leans more toward raspberry with plenty of tartness, some sweet sugary malt, a little salt, a dab of lemon zest and very drinkable.