It wouldn’t be December without a “Peanuts” special or a gift-wrapped tin of cashews in a Christmas stocking. The holiday season is when nut lovers come out of their shells. Sorry about that. But, seriously. ’Tis the season for “chestnuts roasting on an open fire,” even though most people have never actually seen such a thing. Then, there are nutcrackers. Tacoma City Ballet‘s The Nutcracker & The Tale of The Hard Nut is a glorious production filled with spectacular dancing, live orchestral music, grand scenery, and lavish costumes. Presented for the first time in the beautiful newly renovated Pantages Theater, Tacoma City Ballet’s historical recreation of The Nutcracker, which premiered in St. Petersburg, Russia in 1892, hits the stage at 2 p.m. Drop by Peaks and Pints before or after the Nut for a flight of holiday beer we call Christmas Beer Crosscut 12.15.19: The Nutcracker. 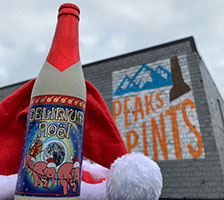 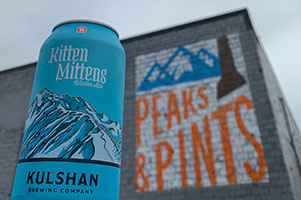 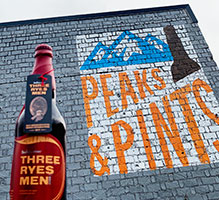 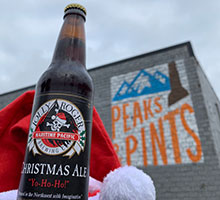 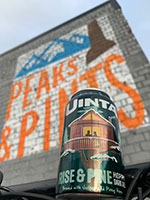 After greeting the day, you walk into the kitchen of the stunning mountain cabin your family rented for the holidays. You grab a pint of Unita Brewing Rise & Pine, sniff the chocolate and pine resin notes, walk past the Christmas tree surrounded by presents, and grab your coat. You walk out to the porch and spend the morning relaxing in a rocking chair, sipping your dark ale loaded with juniper and pine hops while the sun rises over the picturesque mountains, waiting for the rest of the family to wake up.