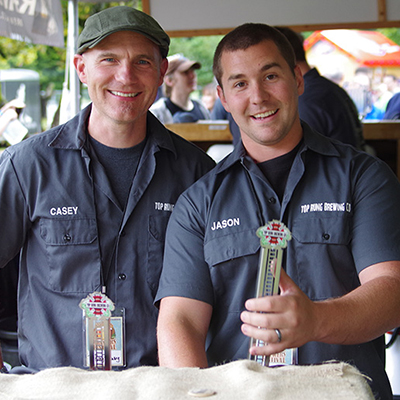 Specialty: Producing quality craft beer with an open view for taproom customers — when not fighting fires or rescuing people.

Top Rung is 10-barrel brewery with a barrel-aged program and a firefighting-theme, family-friendly tasting room. Bring your own food, although food trucks park in front Thursday-Saturday. The brewery’s flagship brands are available in 22-ounce bottles; kegs and growlers are also available. Every Thursday they run a Top rung beer through a Randall loaded with fresh ingredients.