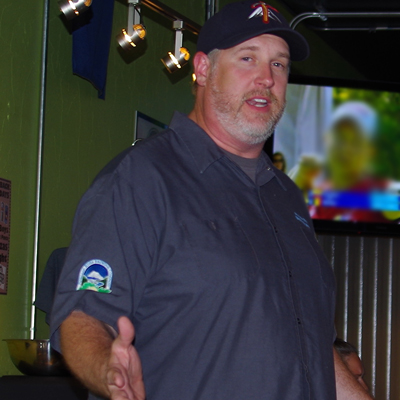 Fun Facts:
>>> Founder Eric Akeson was inducted into international video game hall of fame 2010
>>> We are the Champions IPA was brewed in honor of the Seahawks 2014 Super Bowl win

Although Eric Akeson began delivering his beer to local bottle shops and groceries stores in 2012, he’s been a beer enthusiast since working in a Kirkland alehouse in the mid-’90s. He took his homebrew hobby to the next level in 2011, opening a brewery in his South Hill home’s backyard. In 2013, he launched the Puyallup River Alehouse in downtown Puyallup. In 2015, he closed the Alehouse and became a production-only brewery. Akeson brews in a 500 square-foot-shop on his Puyallup property in a 7-barrel system, four 7 barrel fermenters and two 15-barrel fermenters.